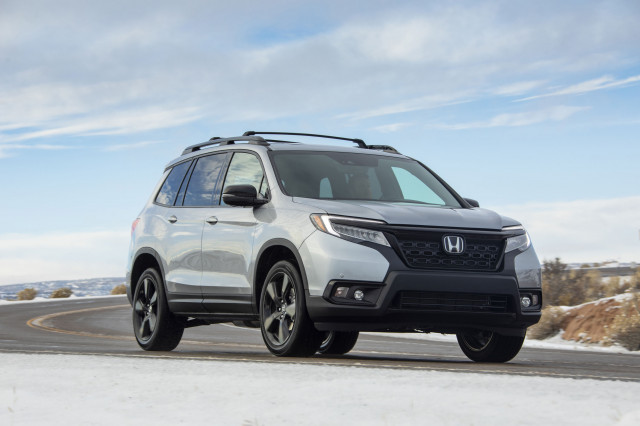 The Honda Passport got high marks in most categories, earning "Good" ratings for driver's side small overlap, moderate front overlap, side impact, roof strength and its head restraints and seats. It also earned a "Superior" rating in front crash prevention, meaning the Passport's system was able to avoid accidents at both 12 and 25 mph with its standard automated emergency braking system.

Unfortunately, it scored only an "Acceptable" for its passenger-side small overlap test, its LATCH implementation and the headlights standard on its lower- and mid-grade trims. The IIHS also dinged the LED headlights offered on various models built before July, 2019, for exhibiting excessive glare.

Midsize two-row crossovers were once the exception in the mainstream U.S. market, but choices in this segment have been multiplying recently. In the past year alone, Honda's Passport and the new Chevrolet Blazer have both joined the fray, and more new models are expected to contest this once-barren segment.

Of its two-row competitors, only the Jeep Cherokee (Top Safety Pick) and newly redesigned Hyundai Santa Fe (Top Safety Pick+) have earned awards from the IIHS. The Chevy Blazer has yet to undergo full testing, and the other award winners in the segment are larger, three-row offerings. The Ford Edge and Nissan Murano, both older entries, missed the bar for Top Safety Pick recognition.