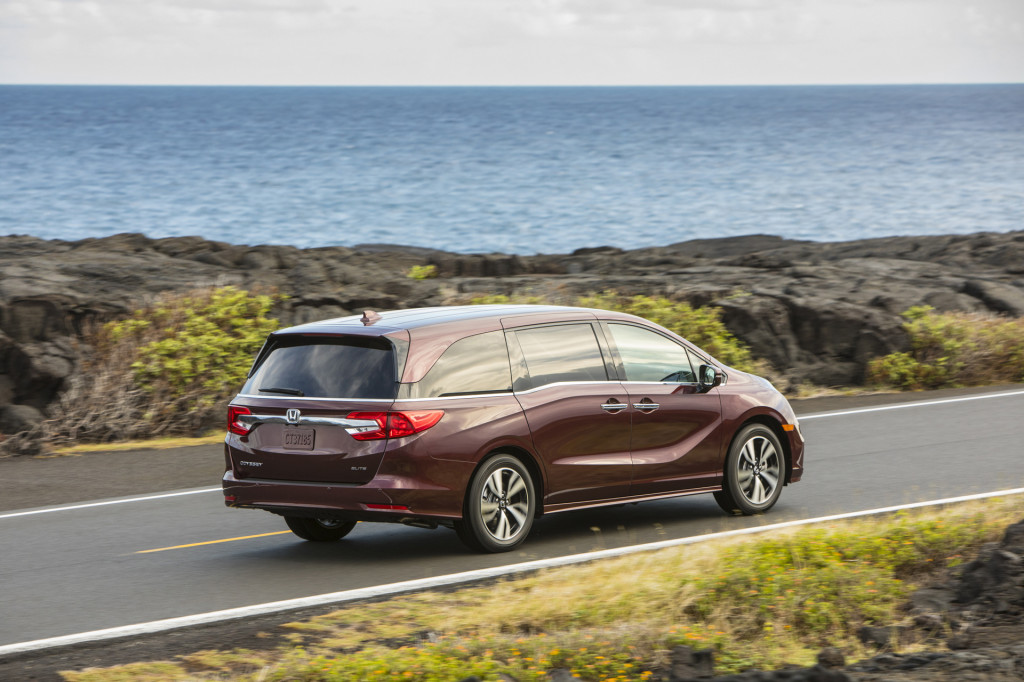 To celebrate the 25th anniversary of its bestselling minivan, Honda announced Monday that the 2020 Odyssey minivan will be equipped as standard with its 10-speed automatic transmission and offer a commemorative package that bundles some unique visual upgrades to mark the occassion.

Previously only offered on the higher-end Odyssey Touring and Odyssey Elite models, the 10-speed automatic replaces a 9-speed unit that was received coldly by critics due to sluggish—sometimes harsh—gear-changes which hindered both performance and driving comfort. A new idle engine shut-off feature is also standard across all models.

For those who want to celebrate the Odyssey's 25th anniversary (Eds note: And who wouldn't?), Honda will offer a package exclusively for that purpose. It's strictly appearance-based, comprising "25th Anniversary" badges on the front fenders, tailgate and key fob;  "25th Anniversary" sill plates; unique chrome trim elements; and optional 19-inch wheels exclusive to the package.

As American buyers flock to crossovers and SUVs, the uber-efficient minivan has lost most of its pomp and circumstance. Stalwarts such as the Odyssey, Toyota Sienna and Chrysler Pacifica (née Town and Country) anchor the upper end of the segment, while the Dodge Grand Caravan, soldiering on essentially unchanged since 2008, offers customers a bargain-priced alternative.