Nissan, EVGo plan 200 new electric car fast-chargers across the US 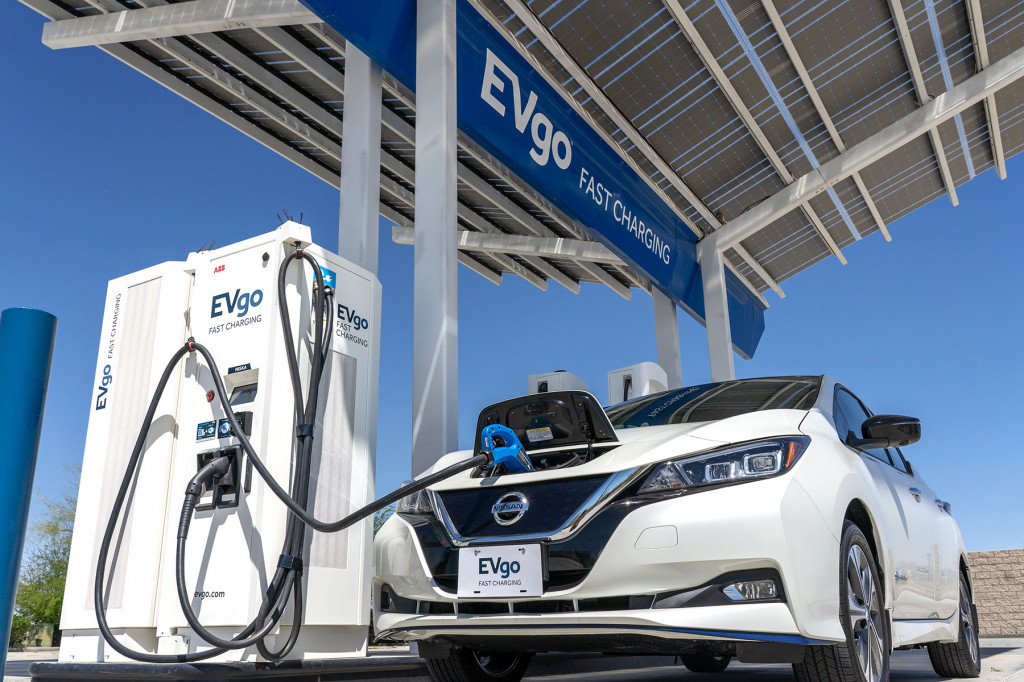 Nissan and EVGo will partner to build the largest public network of 100-kw fast chargers in the U.S., the companies announced this week.

The two companies are combining to install more than 200 new chargers nationwide that will charge at 100 kw—enabling a faster rate with some vehicles, such as the Nissan Leaf Plus, versus existing 50-kw units.

The fast-chargers will be equipped with CCS and CHAdeMO connectors that competing electric carmakers use. Tesla uses a proprietary connector for its Supercharging stations, but those owners can buy adapters to accept other types of charges at other stations.

This push is part of an expanded alliance between Nissan and EVGo, ahead of other automakers building out similar infrastructure for their electric cars. Electrify America, which is a Volkswagen subsidiary, operates similar car-charging stations across the country with CCS and CHAdeMO connectors and announced it would roll out 150-kw fast-chargers soon.

Tesla operates the largest network of electric car chargers, which are called Superchargers. Tesla has more than 700 locations in the U.S. and says it will begin rolling out 250-kw chargers to specific locations soon.

Automakers are quickly scrambling to catch up to, and surpass, competitors in establishing and cornering markets for EV charging. EV ownership is expected to rise within the next five years and place more of an emphasis on public infrastructure for charging.

The Nissan Leaf and Leaf Plus have ranges of 150 and 224 miles, respectively, but only the Leaf Plus can take advantage of the new 100-kw CHAdeMO hardware. EVGo says that more than 100 million American can access a fast-charger within 15 minutes of their location.