Which vehicles do owners drive the most? 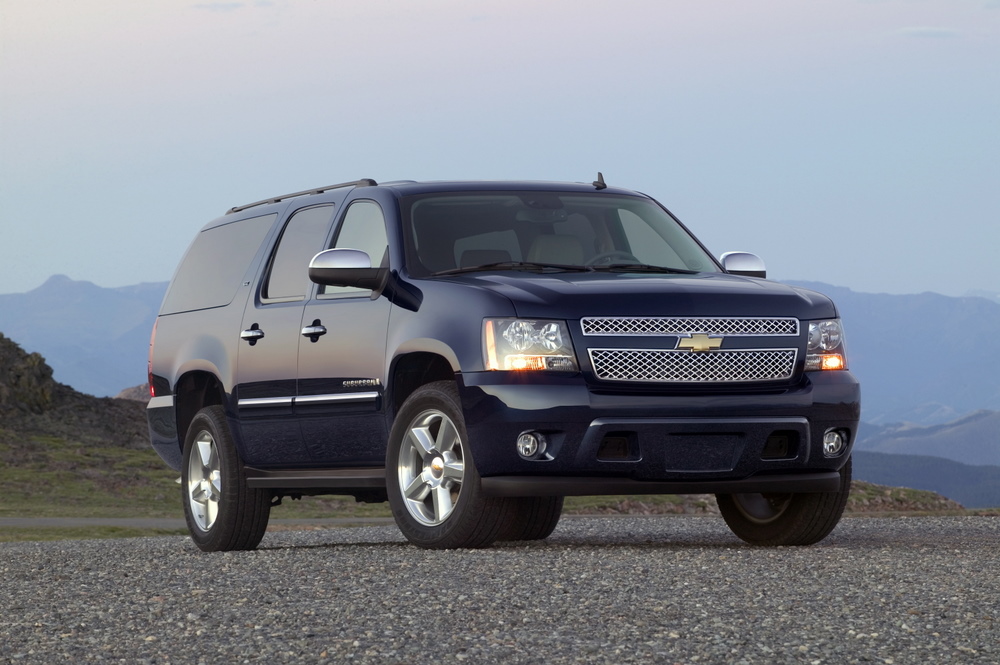 On average, the typical American driver puts nearly 12,000 miles on the odometer each year. However, there are always outliers.

iSeeCars.com conducted a study to see which vehicles owners drive the most, and the list is full of utility vehicles save for one model. The site collected data from the sale of more than 2.3 million vehicles that were 10 years old. Out of the top 13 vehicles, 10 of them are SUVs. In first place is the Chevrolet Suburban with its corporate cousin, the GMC Yukon XL, in second place. Third place goes to another full-size SUV, the Toyota Sequoia. Filling out the top five are the Honda Odyssey and Chevrolet Tahoe. 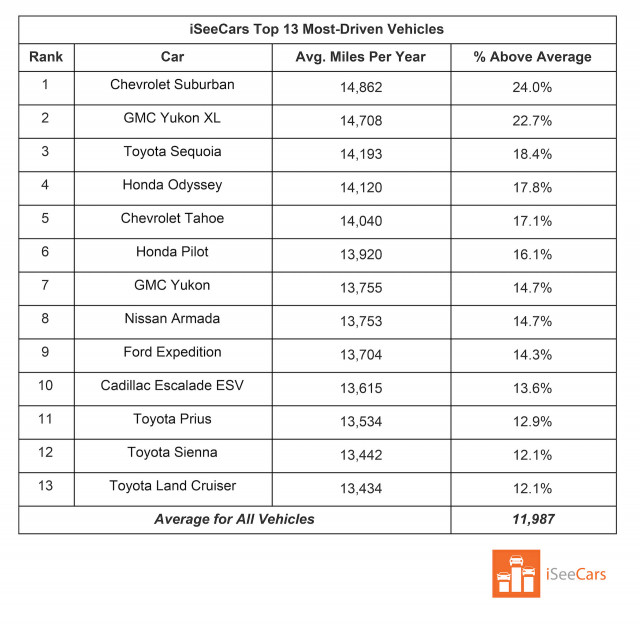 Suburban owners drove, on average, 24 percent more miles each year than the average vehicle owner with 14,862 miles a year. All of the models listed on average drove more than 13,300 miles per year.

The top five vehicles is also home to one of the full-size SUV outliers: the Odyssey minivan. The other two are the Toyota Prius in 11th place and the Toyota Sienna 12th place. Minivans often are a good choice for buyers who need space but not the capability of a full-size SUV. Of the SUVs, just one of them isn't a full-size model, though. That is the Honda Pilot, which features a unibody construction and isn't based on a truck platform. 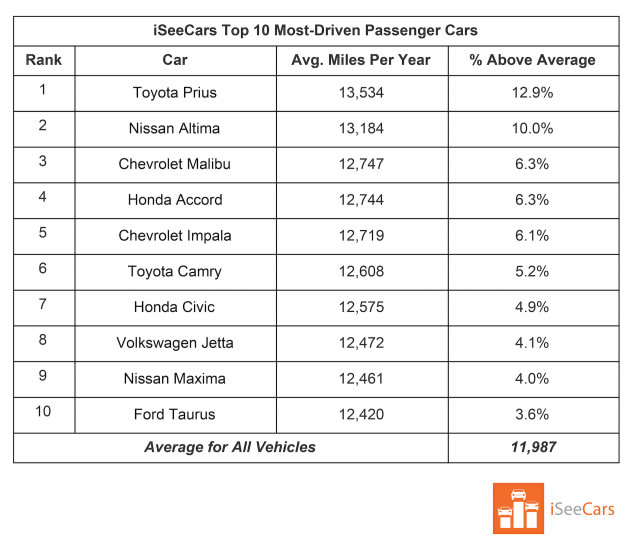 Looking at passenger cars, the Toyota Prius, unsurprisingly, is the highest-mileage vehicle. Prius owners on average drive 12.9 percent more miles than the average 11,987 miles. The Nissan Altima, Chevrolet Malibu, Honda Accord, and Chevrolet Impala round out the top five for passenger cars. Seven of the top 10 passenger cars are mid-size sedans, while only the Honda Civic and Volkswagen Jetta represented the compact car class. 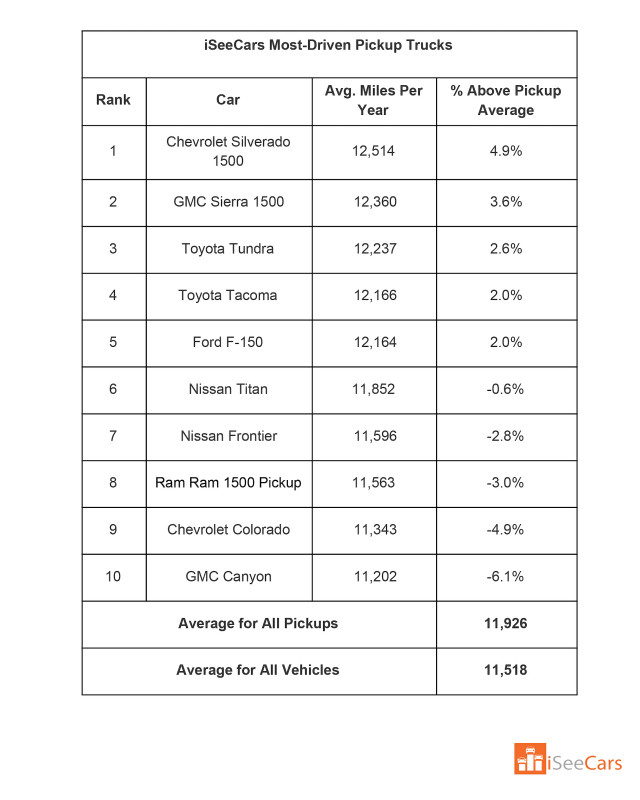 The study also looked at pickup trucks. On average, pickup truck owners don't do nearly as much driving. The highest-mileage pickup is the Chevrolet Silverado 1500. Owners on average put 6.8 percent more miles on their Silverados compared to the industry average. Surprisingly, the F-150 was in fifth place behind the Nissan Titan, Toyota Tundra, and the GMC Sierra 1500.