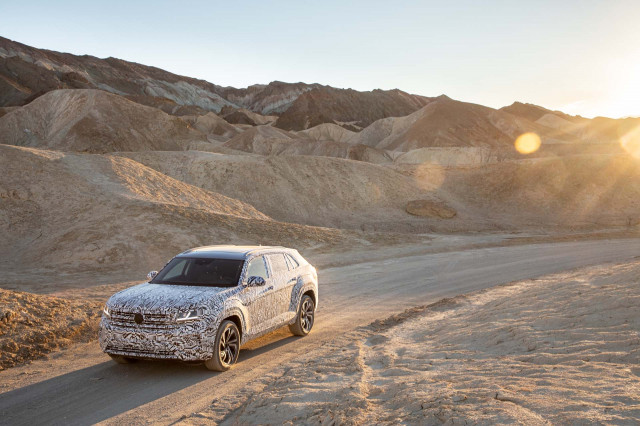 “Magnificent desolation.” That was the observation by Buzz Aldrin upon stepping onto the moon’s surface for the first time. During this time of 50th anniversary remembrance, the phrase seems equally applicable to California’s Death Valley, where Volkswagen provided us a sneak preview of the 2020 Atlas Cross Sport.

While the prototypes we piloted were wrapped in patterned camouflage vinyl, the lower-slung and wider-stance Cross Sport’s proportions were nevertheless still plainly visible. The cars were in Death Valley as part of their hot-weather testing program, and the 118 degrees we experienced provided ample opportunity to demonstrate that the cars could take the heat.

Just as importantly to those of us inside, the Atlas Cross Sports also showed their ability to properly cool their cabins in such ludicrous weather. “You should have been here this time last year,” our waiter informed us at dinner. “It was 125 to 130 degrees!”

No thanks. The desolation loses some of its magnificence when the stiff breeze is so hot that the airflow actually makes you feel hotter, though I’m sure the Atlas would handle it just fine. 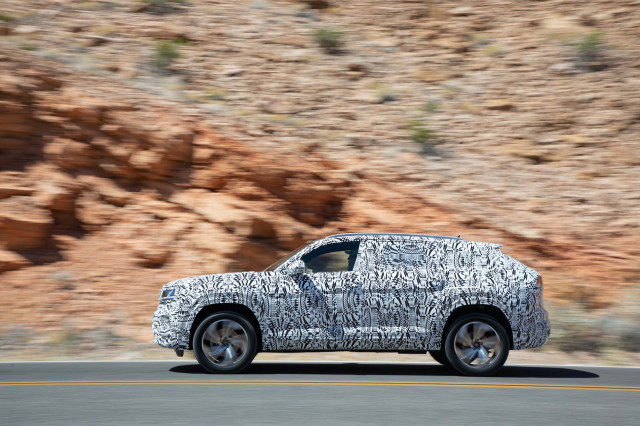 The Cross Sport is mechanically identical to the current Atlas, sharing everything down to the 117.3-inch wheelbase. Yes, despite being a two-row, five-seat midsize crossover SUV rather than a three-row, seven-seat family hauler, the two editions of the Atlas are identical beneath the skin.

The Cross Sport is 5.7 inches shorter in overall length, but is still long at 192.6 inches. That means that there are acres of leg room in the back seat and the rear cargo hold is Costco certified for enormous purchases.

VW’s 4Motion all-wheel drive has been limited to only V-6-equipped Atlases for 2019, but it will be available on turbo-4 versions of both Atlas and Atlas Sport Cross in 2020. Additionally, the decidedly conservative-looking Atlas will gain some of the Sport Cross’s edgier front and rear fascia cues in 2020.

VW expects more than half of the Cross Sport models sold will be turbo-4 versions, when they go on sale in 2020. There are no EPA numbers available yet, but it seems likely that the combination of a lower roof and less weight could let the Cross Sport improve by a mile per gallon over the Atlas’s 20 mpg city, 26 highway, 22 combined for the turbo-4 and the 17/23/19 mpg for the V-6 all-wheel drive.

The Cross Sport’s driving experience is exactly like that of a regular Atlas. VW aimed for the dead center of the mid-size crossover market with the Atlas, both in styling and dynamics. The Cross Sport helps advance the Atlas’s styling a notch or two, while adhering strictly to its placid driving manners. 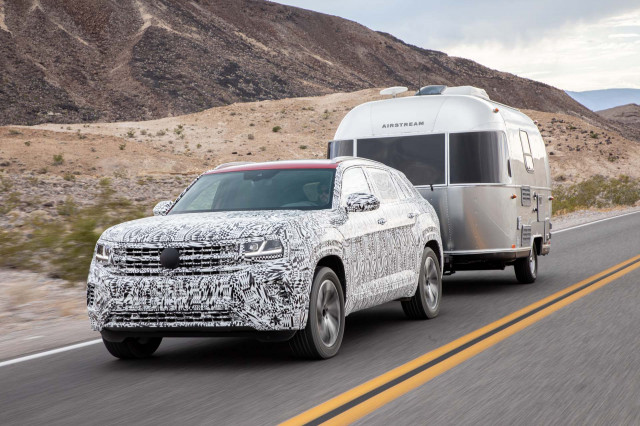 For our hot-weather tests, we towed a 3,200-pound, 16-foot Airstream Caravel travel trailer down to 262 feet below sea level in the depths of Death Valley. The trailer didn’t tax the Cross Sport’s 5,000-pound towing capacity. As ever, choosing the tow package provides worthwhile upgrades even for drivers who don’t necessarily expect to tow often.

In the case of the Cross Sport, that means substituting an 800-watt radiator fan for the regular 600-watt fan, upgrading the alternator from 160 amps to 180 amps, reprogramming the stability control system and adding a trailer control module.

The all-wheel drive V-6 handled the compact travel trailer admirably. Inevitably, the trailer does push and jostle the Cross Sport perceptibly, but it is not an issue in any way. Acceleration up hills towing the trailer is sedate, but sufficient.

Theoretically, the Cross Sport should be a better tow vehicle than the regular Atlas, because it weighs less and because the shorter rear overhang moves the hitch nearly six inches closer to the rear axle. The shorter the distance from the rear axle to the hitch, the better. This reduces the leverage the trailer has against the tow vehicle to push it around, which can cause the two of them to sway. 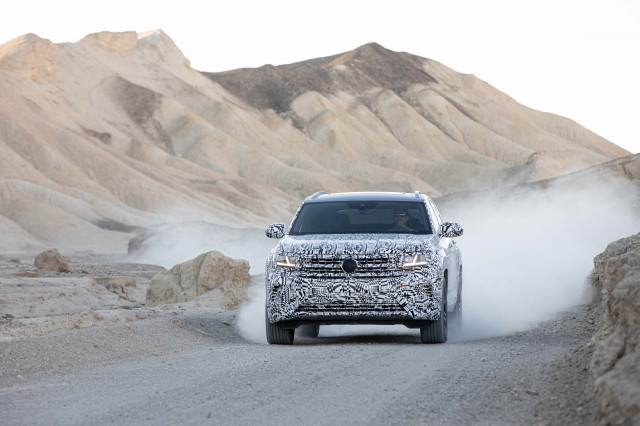 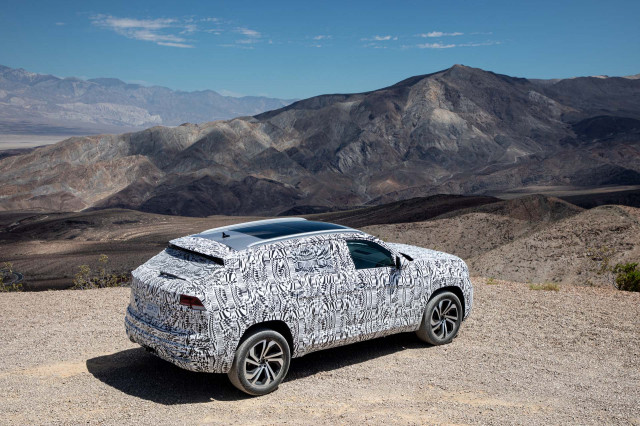 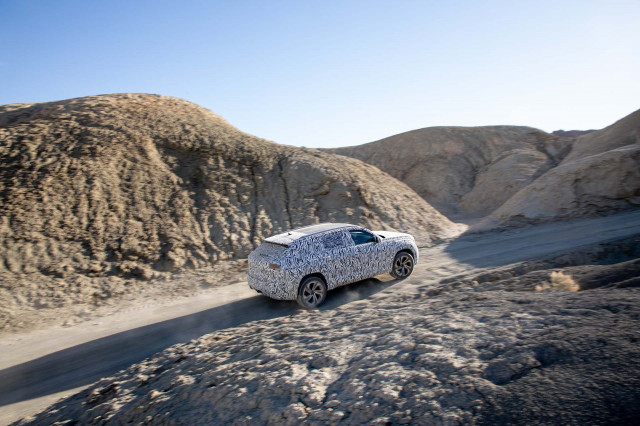 The shortened rear overhang also improves departure angles when climbing over off-road obstacles. While the typical Cross Sport drivers can be expected to steer closer to “magnificence” than to “desolation,” modern all-wheel-drive systems and electronic aids like hill descent control lend it more capability than they are ever likely to need.

The Cross Sport begins production in Chattanooga, Tennessee, late this year and reaches showrooms in the first quarter of 2020.

Correction: An earlier version of this story misstated when the VW Atlas Cross Sport will be sold. The first year it will be available is 2020.