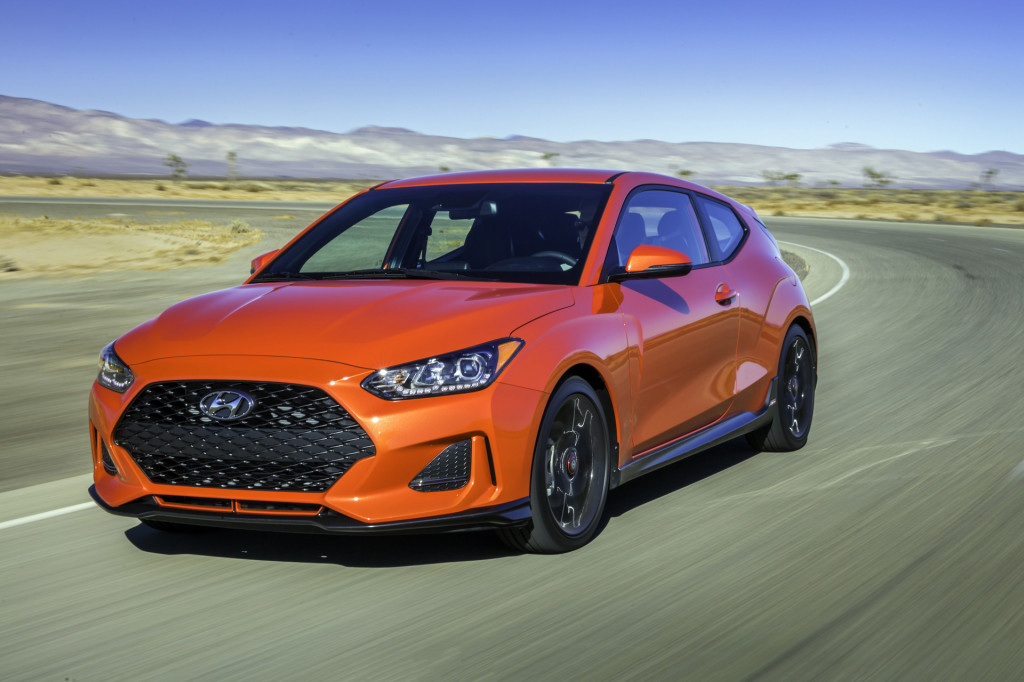 The IIHS subjected the 2019 Hyundai Veloster to its barrage of crash tests for a second time. With optional headlights, the 2019 Veloster is rated a Top Safety Pick.

The results come after an earlier test where the driver's door opened following impact with a barrier. The problem could lead to an increased risk of injury in the event of a crash, and it prompted Hyundai to recall Veloster cars to rework their door latches. With the problem solved, the IIHS was able to bestow its second-highest honor on the compact hatchback.

CHECK OUT: 2019 Hyundai Veloster recalled to fix doors that may open during crash

The Top Safety Pick only applies to Velosters equipped with optional headlights, though the hatchback aced instrumented crash tests with a "Good" rating in each category. including. To qualify for a Top Safety Pick award, vehicles need to earn a "Good" rating in each crash test and at least an "Acceptable" rating in the more challenging passenger-side small overlap front test. They also need to have headlights rated "Acceptable" or above and "Superior" for their collision-avoidance technology.

READ THIS: Buy a car and Hyundai could pay off some of your student loan debt

The Veloster's standard and optional active safety features earned "Superior" by preventing collisions at 12 mph and 25 mph in IIHS testing.

The car's headlights come with some asterisks, however. The Veloster's headlights were rated "Acceptable" on the Veloster Turbo, Turbo Ultimate, and Turbo R-Spec trims, "Poor" on base models, and cars built before August 2018 were available with a different headlight design that also rated "Poor." A Veloster that rates a Top Safety Pick needs to be built after August 2018 and has to have the upgraded headlights on Turbo and higher trims.