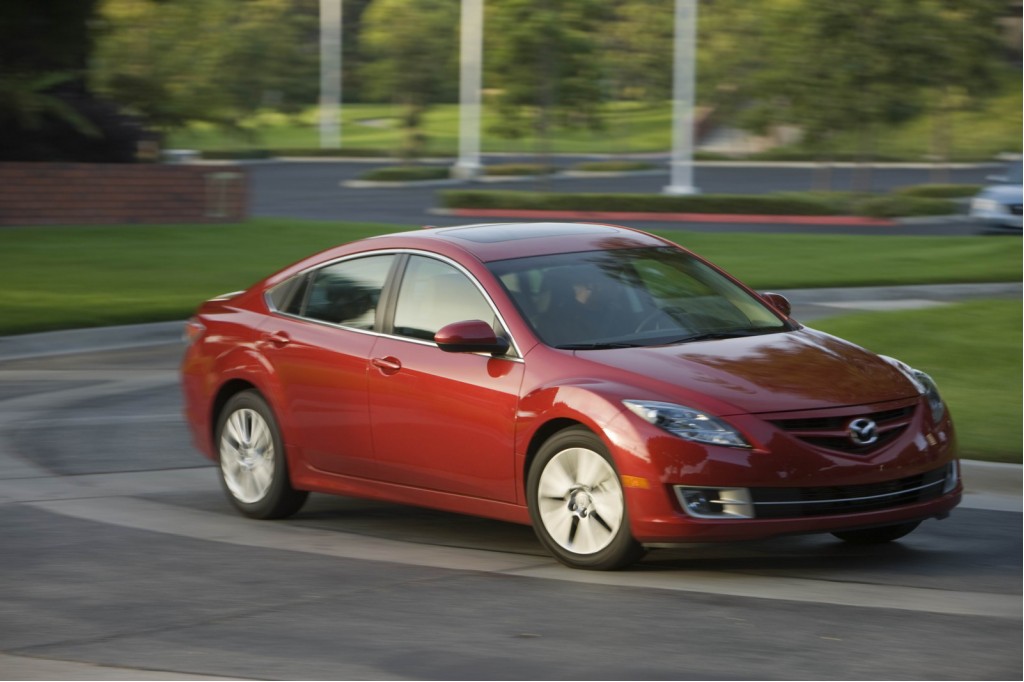 About 50,000 Mazda 6 sedans registered in states with wintry weather have been recalled to address a rust-prone structural component.

The NHTSA last week published the recall, which will begin June 24. Mazda said that road salt may corrode a crossmember that serves as both a structural component and a mounting point for the passenger-side front suspension control arm. The weakened component could change the car's steering alignment and increase the risk of a crash.

The cars affected are registered or operated in states that use road salt to de-ice roadways. In addition to the District of Columbia, the states include: Connecticut, Delaware, Illinois, Indiana, Iowa, Kentucky, Maine, Maryland, Massachusetts, Michigan, Minnesota, Missouri, New Hampshire, New Jersey, New York, Ohio, Pennsylvania, Rhode Island, Vermont, Virginia, West Virginia, and Wisconsin. Any Mazda 6 ever sold or registered in one of the states is part of the new recall.

Mazda will have its dealers inspect each car and take one of two options to remedy the problem. Owners will either receive an additional side member and drainage hose to keep the component from corroding, or the automaker will remove the existing crossmember and install a new one along with a drain hose. Both remedies will be free for owners and Mazda will apply a protective wax coating to the affected components.