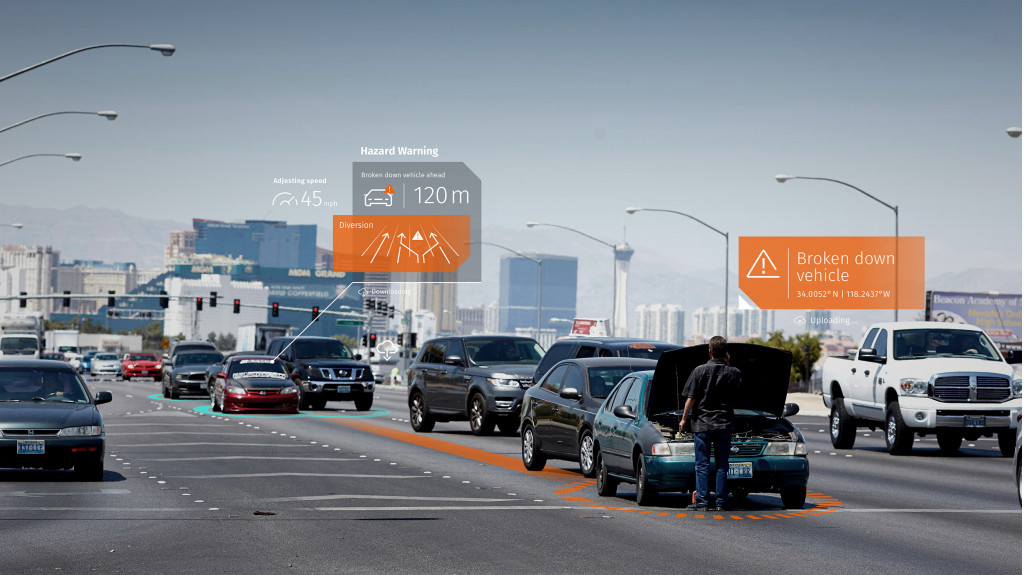 Future cars may be able to tell drivers in cars behind them when to slow down to avoid potholes or other road hazards.

Mitsubishi Electronics and Here Technologies collaborated on the new lane hazard warning system, which debuted Wednesday in concept form and aims to tell drivers of road hazards with lane-level precision. Vehicle sensors detect various road hazards, such as a stopped vehicle, slipper conditions, pothole, or road debris, and send the information in real-time over a cloud network to other vehicles. The system also incorporates a high-definition locator, Mitsubishi's positioning technology, and Here Technologies' open location platform for data collection.

The goal is to give drivers advance warning of any road hazard to keep them safer in all instances. Often, when a pothole, stopped car, or any hazard shows up, drivers have little time to react. With an alert ahead of time, the lane hazard warning system could, at a minimum, save drivers from a flat tire.

The system recently completed two real-world tests: one in California and the other in Japan during winter. Mitsubishi and Here now plan to offer the technology to automakers for further tests in other vehicles. Both companies also plan to look into adding the system to updated maps for self-driving cars and to city systems. Cities could use the information to alert maintenance crews to major issues on the road and hopefully create a fix sooner rather than later.