Bring out your dead: Here are the cars discontinued for 2020 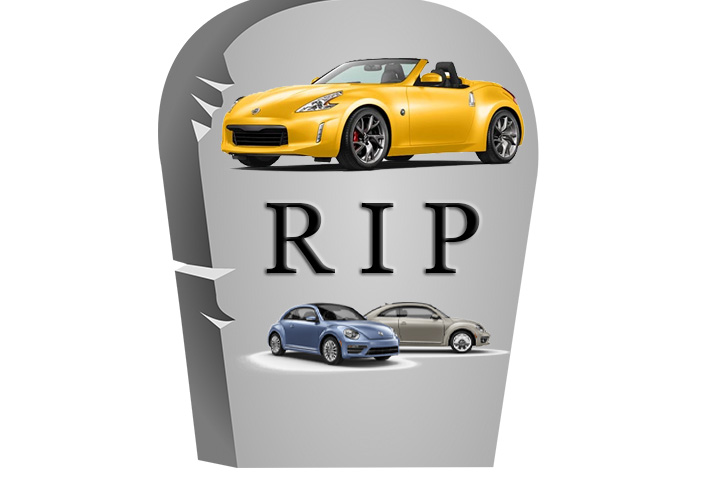 Death is an inevitability for everything, even for the hearses made of the discontinued Lincoln MKT and Cadillac XTS.

The list of vehicles that stopped production after 2019 is filled with sedans like the XTS that were sent to the great car lot in the sky—"manager’s special" window stickers, of course. Rebirth can come for those shoppers looking for a deal on these discontinued models.

Beyond sedans, many other cars shelved this year are slow-selling specialty models.

Even though dead cars tell some tales, some vehicles live on despite rumors to the contrary, such as the Audi TT, Cadillac CT6, Ford Fusion, and Chevy Malibu.

In retrospect, 2019 may become the year the American sedan died or the electric crossover was born. (Perhaps both?)

Until time gives us that kind of clarity in retrospect, we’ll look now to the cars that didn’t make the cut, and why. 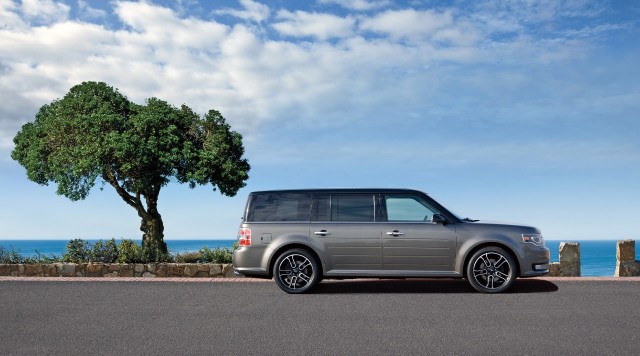 The boxy crossover SUV that balanced minivan spaciousness with wagon-like sportiness no longer fits in Ford's expanding crossover plans. The Flex had a solid 11-year run, beloved by automotive journalists, families, and surfing Californians for its spacious interior but sporty vibe. 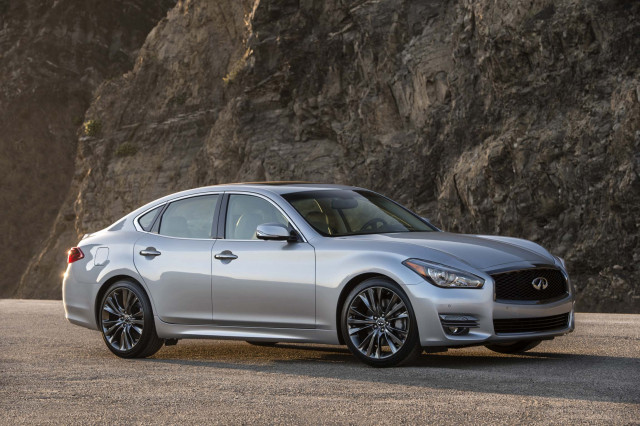 Last year, Infiniti pulled the plug on the hybrid version, and this year it's lights out for the entire full-size sedan family. The Q70 has been called many things since its arrival in the late 80s—Q45, M37, M56—but now it's known as no longer. 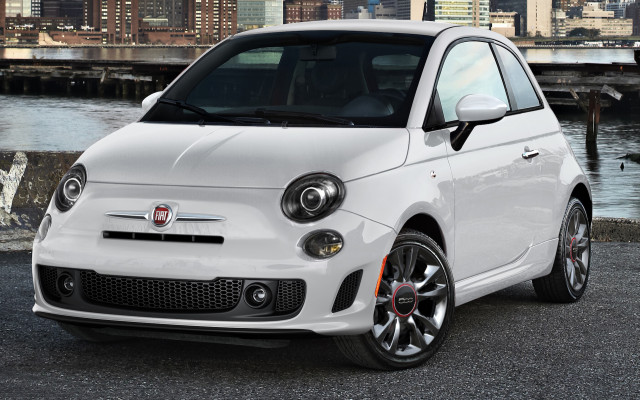 The cute city car that brought the Italian automaker back to the U.S. nearly a decade ago, and its electric compliance car cousin, have packed its bags back to Europe. What remains of Fiat is the 124 Spider, which is largely a Mazda MX-5 Miata, the Fiat 500X subcompact crossover, and the ungainly 500L. 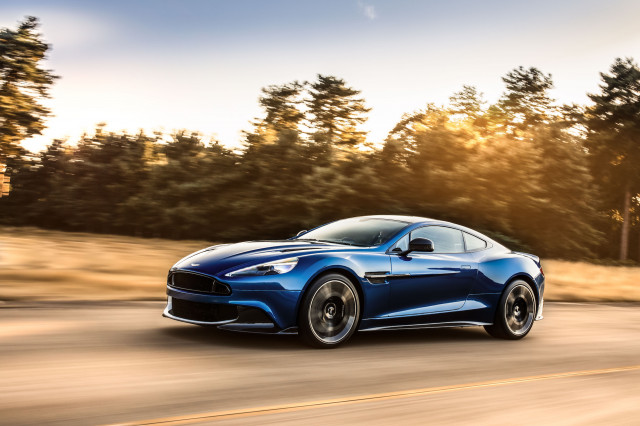 Replaced by the DBS Superleggera atop the prestigious Aston Martin pecking order, we’re fine with the Vanquish leaving us this year. Heaven deserves to be packed with sonorous V-12 two-seaters anyway. 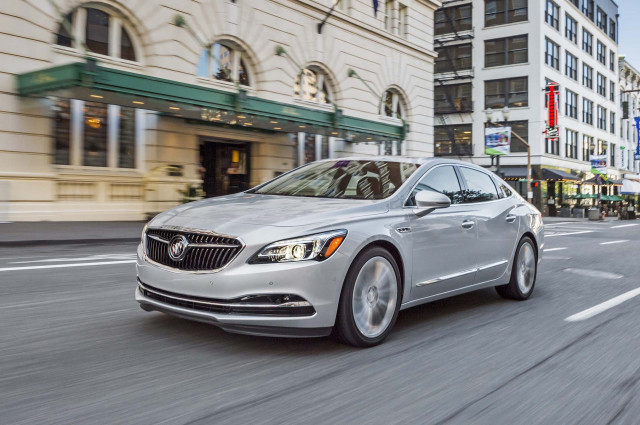 One of many from the Detroit Three’s four-door purge, the latest generation of the LaCrosse evolved into a mild-hybrid by the end. A frugal powertrain complemented its quiet manners and refined character. Unfortunately, it also put buyers in the U.S. to sleep. Roughly 15,000 LaCrosse sedans were purchased last year, far from 2010’s mark of 60,000.

Even though there weren't many mainstream four-seat convertibles, the Buick Cascada was on borrowed time since it was brought over from Opel in 2016. Buick parent General Motors sold Opel in 2017 to French automaker Groupe PSA, which is the parent company of Peugeot. The Cascada wasn't a bad car, if you could stick your head in the clouds and ignore the cluttered interior controls.

The shrinking convertible market is becoming the provenance of German automakers, but that didn't help the low-selling A3 Cabriolet introduced in 2015. The redesigned A3 might bring the subcompact cab back, but with the A5 Cabriolet and Audi TT Roadster, it might be overkill. 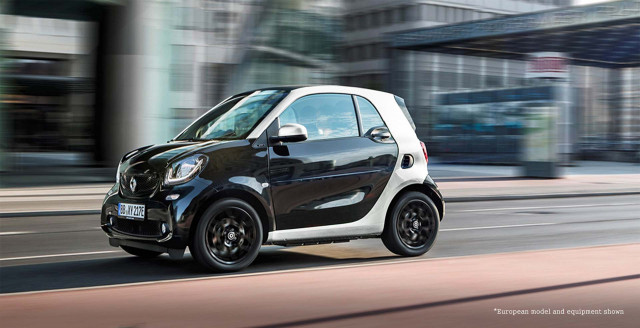 Daimler’s city car experiment went quietly. No really, the last year on sale they were all electric and didn’t make a sound. In the U.S., Smart struggled to gain a foothold among buyers who were unswayed by the benefits of a short turning circle and access to stamp-sized parking spots. The Smart’s short electric range and smaller cargo capacity take some of the blame. 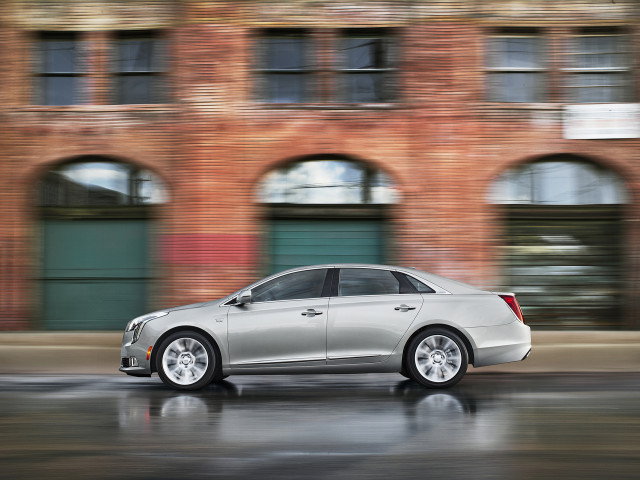 The front-drive Cadillac XTS was always an outlier in the luxury lineup, but it dutifully performed. It’s aged well and the biggest Cadillac sedan found a home in livery services and hearse details toward the end of its life. Cadillac’s newest hearse vehicle, the XT5 crossover, will presumably carry the XTS to its final resting place. In lieu of flowers, send donations for the CTS and ATS sedans, also now gone as Cadillac tries to rejigger its entire non-SUV lineup. 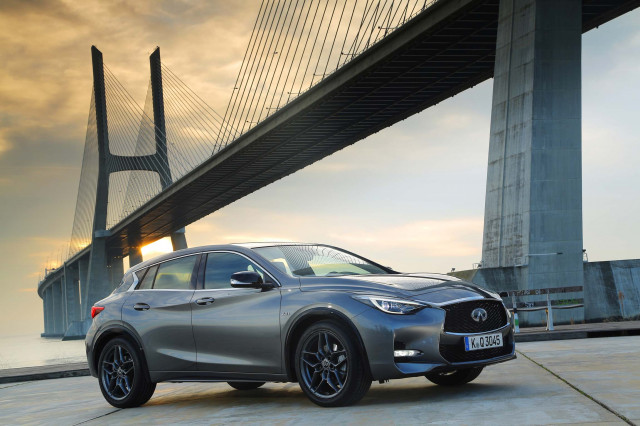 The Daimler-Nissan partnership produced just one vehicle for Infiniti: the short-lived small QX30 crossover. Born under a bad sign—its name changed before it was launched and a lower version was scrapped—the hatchback struggled to find buyers, even though it looked good compared to the related Mercedes-Benz GLA-Class. Infiniti says they’ll offer another QX30 in the future, but without Daimler’s help. 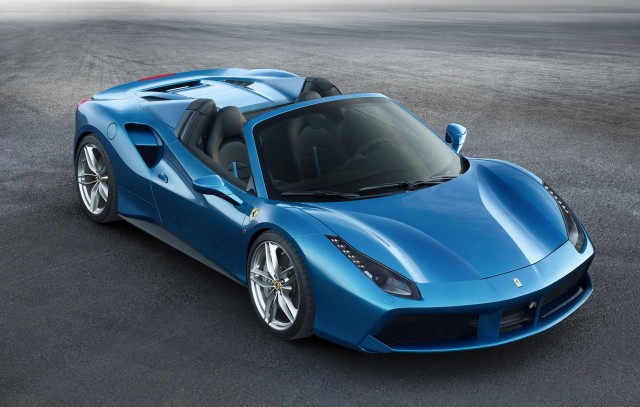 Replaced by the F8 Tributo in the Ferrari stable. Ciao. 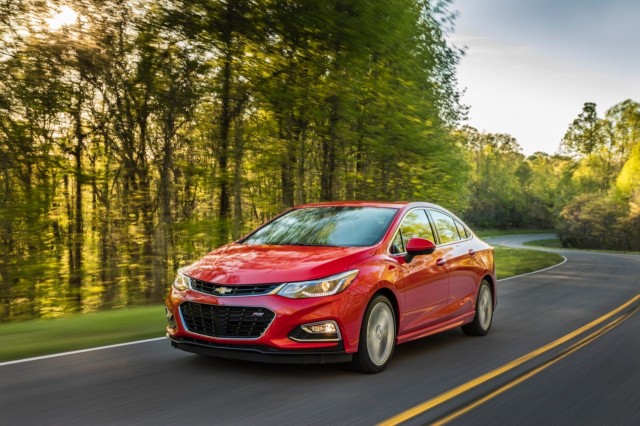 The Cruze was a competent compact sedan or hatchback that history may remember more as a political football. When Chevy announced its demise, the plant that made it turned into fodder for President Donald Trump to fire at the auto industry. Angry tweets aside, the small car was respectable among competitors and offered a diesel version that almost didn’t stink as bad as the Cobalt that the Cruze replaced. We said almost. 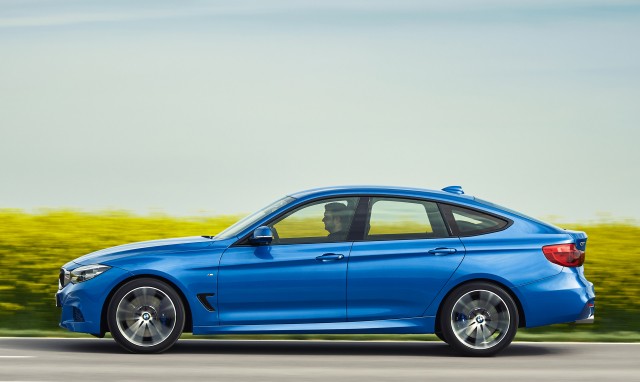 Not quite a sedan, not quite a crossover, the 3-Series on stilts is your next BMW loaner when the X3 is in for service. 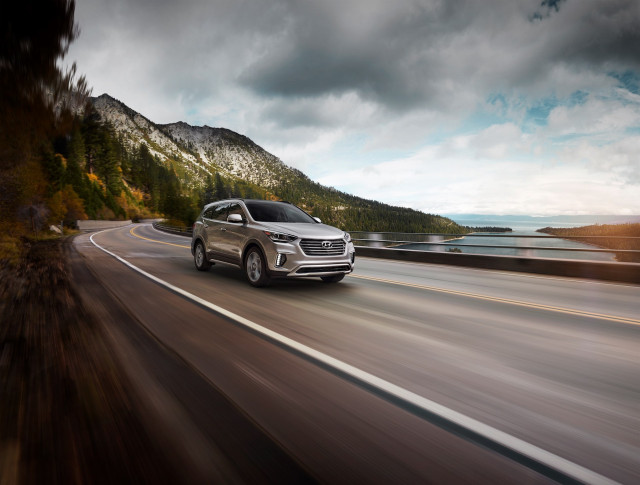 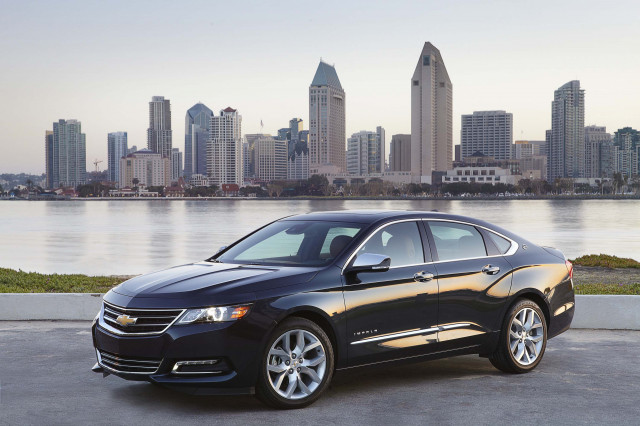 A victim to shifting tastes, the Impala received a brief stay of execution when GM announced that it would build the Impala up until January of 2020. So the 2020 Chevy Impala and Cadillac CT6 will have a very brief run. Like our parents' Impalas, we hope this Impala serves as inspiration for a new generation of donks to come in 20 years. (*This article has been corrected to indicate Impala production was continued through January.) 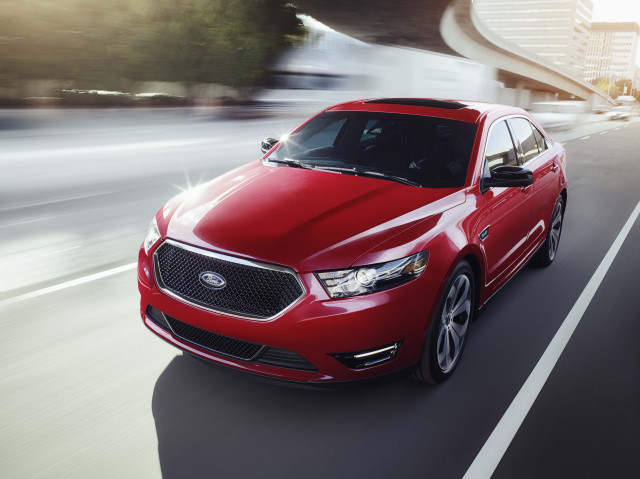 The Taurus has saved Ford a couple of times, but can’t save itself. The full-size Ford sedan was another victim of the Detroit sedan bloodletting, although it’ll live on in Police Interceptor form for a while longer. The Taurus ended on a high note: the high-performance version lived until the very end and was fun to drive. RIP SHO. 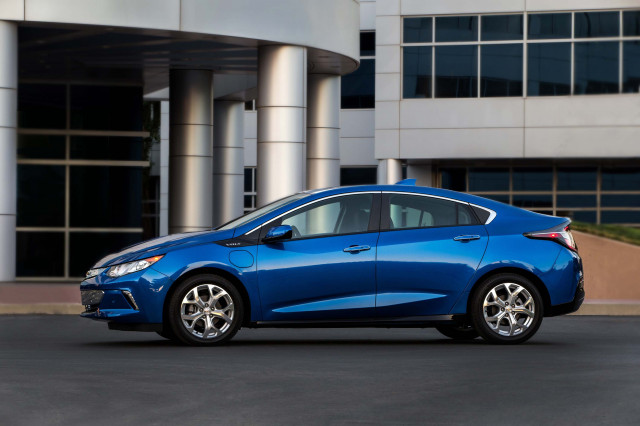 Chevy’s electrified hatchback is survived by its rabid fans and owners, who celebrate the Volt’s engineering feats. In its final generation, the Volt had an impressive all-electric range of more than 50 miles, which meant owners that drove it for daily commutes seldom needed to fill up on gasoline. The Volt was practical, frugal, and even good-looking. 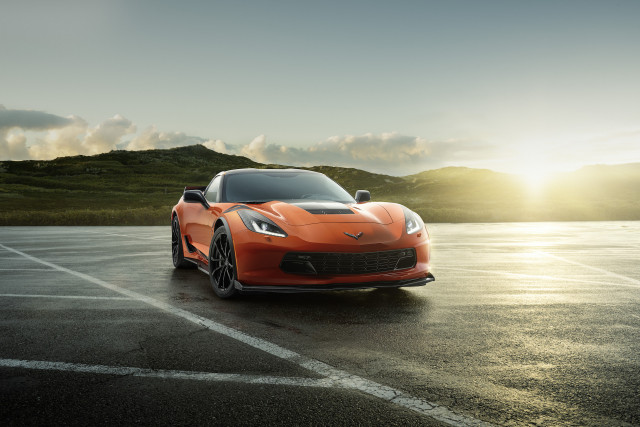 Even though a new Corvette is on the way for 2020, the Corvette C7 is an end of an era in more ways than one. In top ZR1 spec, the C7 Corvette rivaled supercars that cost 2-3 times more. The Stingray was a head-turner till the end, but we’ll look back at the C7 as the last ‘Vette with an engine up front. Next year, the Corvette moves to a mid-engine layout that’s more balanced. 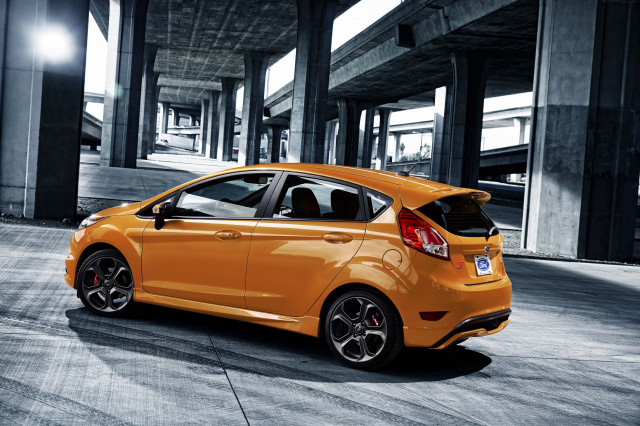 In certain trims, its nickname was “FiST.” Perhaps that’s all you need to know about the Ford Fiesta that was on sale in the U.S. from 2011 to 2019. Available as a sedan or hatch, the Fiesta was best with five doors, ST badges, and a turbo-4 (FiST was a portmanteau of Fiesta ST), the small car was a vestige of higher gas prices from a decade ago. Fist cocked, the Fiesta is on its way out in the U.S. 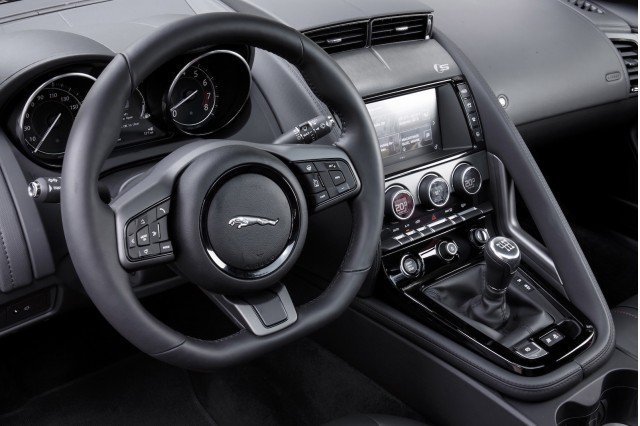 Pour one out for manual transmissions and droptops with two seats. The F-Type won’t get one for 2020 and we’re not sure it’s ever coming back. 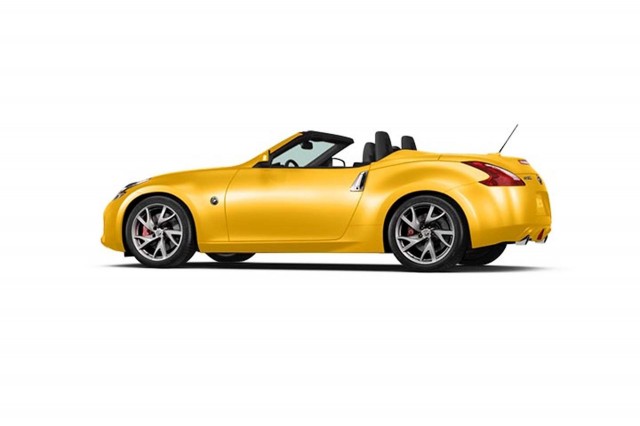 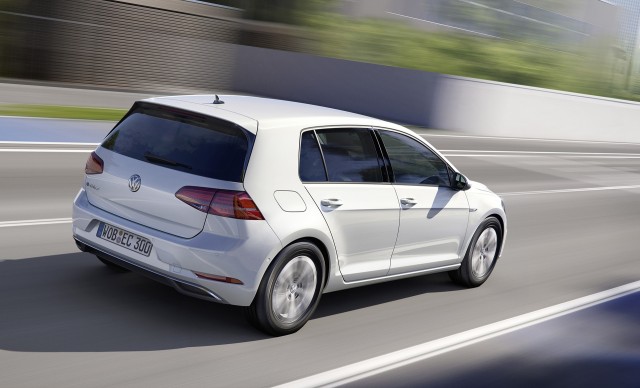 Volkswagen’s competent and electric Golf was limited in range and availability. It was only sold on the coasts—and in emissions-restricted states, at that—but was one of our favorite Golfs to drive. Its weight was down low with ample acceleration and great handling. It was practical too, but we’re not overcome with grief. VW has committed to bringing many, many more EVs to the U.S. so the Golf gives way to a raft of new electric cars. 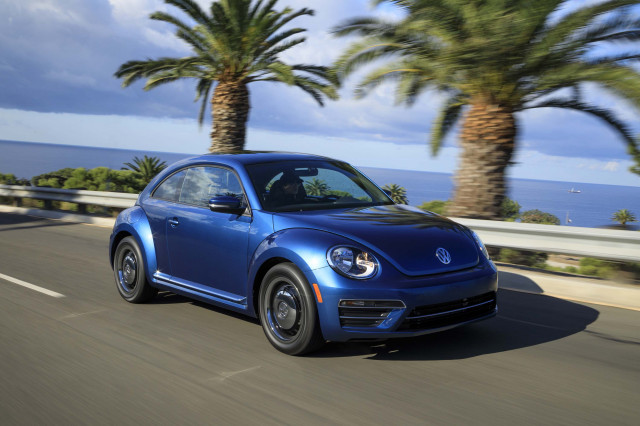 Wait, what? Is that right? That can’t be right. (Checks notes.) The Beetle is gone again? (Checks notes again.) Bye-bye, Beetle. We’ll miss you. Come back soon.