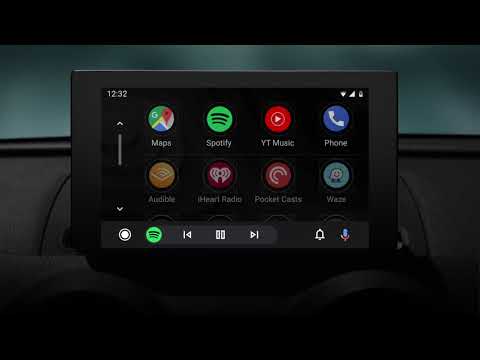 Google will usher in a sleeker look for Android Auto this summer, the technology company announced on Monday.

Android Auto's first major overhaul turns the interface into a sexier system with a cleaner menu and more controls placed in user-friendly portions of the screen. Google said the most important goal with the redesign was to show more useful information with a quick glance at the screen.

READ THIS: Android Auto now works in any car--and it's free

A few highlights include Android Auto's newfound ability to continue playing media when the driver starts their car. The navigation app of choice also remains active. Drivers can tap a suggested location or use the "Hey Google" voice command to navigate somewhere new. The redesigned navigation bar also includes the ability to see turn-by-turn directions while controlling other apps or phone functions on the same screen. In fact, the "more useful information" goal is housed in the overall expanded ability to do more with fewer screen taps.

Additionally, Google has implemented a new notification center, which it said compiles all phone calls and messages together. Drivers can choose to respond at a time when it's convenient during their trip. Users will likely adore the new "dark mode" that blends in better with most cars. Font redesigns and splashes of color also make the screen easier to read during all times of the day. For cars will larger screen displays, Android Auto will now also maximize mirroring to show even more information.

Android users will be able to kick the tires on Android Auto's new look this summer. Meanwhile, Apple iOS users are still relishing in the ability to use navigation apps outside of Apple Maps in Apple CarPlay's most recent update.