Volvo cars can alert each other to road hazards 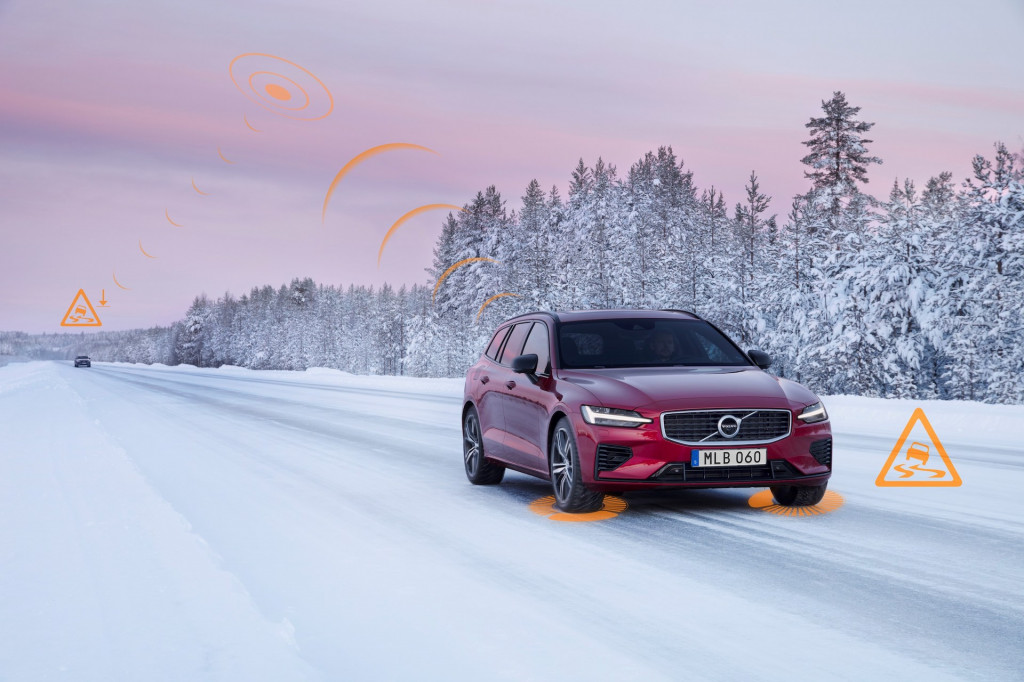 New Volvos will harness cloud-based communication technology to alert each other about obstacles and road hazards ahead. Initially, the system launches across Europe for the 2020 model year. Volvo told The Car Connection that there are plans to introduce the feature to the U.S., but it was not ready to share timing.

The connected-safety technology powers two features, which Volvo calls Hazard Light Alert and Slippery Road Alert. Volvo previously first made the technology standard on its XC90 and S90 models, but the system was only online for drivers in Sweden and Norway.

The first feature, Hazard Light Alert, works when the driver engages the hazard lights. The car knows to send a signal to other Volvos in the area that a hazard has been detected on the road. For example, the driver could engage this feature if he or she encounters a crash or some other obstruction in the road. Drivers approaching the area will receive an alert that another Volvo driver has spotted a hazard. The automaker said it's particularly useful on roads with hills or blind corners.

The second feature, Slippery Road Alert, is doesn't require user activation. While the Volvo quietly collects certain data fed from the traction control system during a drive, the car will automatically tell other Volvos if it encounters a slick patch in the road. The receiving car then alerts the driver of poor road conditions ahead to prepare him or her for potential inclement weather.

The more cars share this kind of information, the safer roads will be, Volvo said. It called on other automakers to join it in sharing anonymous data to begin an ecosystem of connected cars on the road. Many automakers plan to roll out their own V2V technology in the near future. Two other makes, Cadillac and Mercedes-Benz, already feature similar systems.