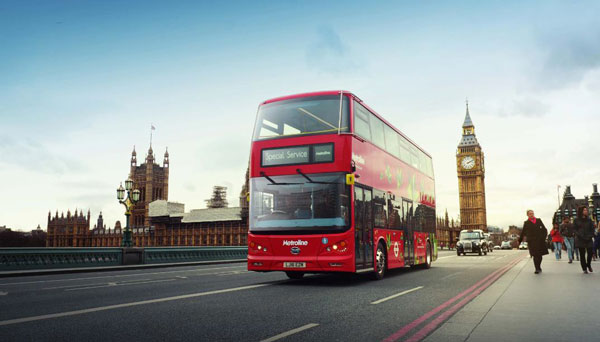 Beginning last week, drivers of most diesel vehicles and all older cars will pay an extra charge to enter certain parts of London. The Ultra Low Emissions Zone rules went into effect, which are intended to discourage driving older, higher polluting cars into central London.

According to a report from The Evening Standard, experts believe the ULEZ will help reduce harmful emissions by 45 percent. The current ULEZ is directly in central London and drivers of affected vehicles will pay an extra $16.30 to enter the area of the city. The fee is on top of a standard congestion charge to enter London. The northern and southern parts of the city will see their own ULEZs in 2021.

Frank Kelley, Professor of Environmental Health at King’s College London, said the differences won't be noticeable to the human eye, since the ULEZ targets pollutants that are invisible. The ULEZ targets a pollutant known as PM2.5 made of a gas nitrogen dioxide. Kelley said to show the ULEZ is effective, analysts will need to look at data collected via the London Air Quality Network. Weather may also play into the effects. If the weather is good, there should be a noticeable decrease in the harmful pollutants in a couple of days. If not, it may take weeks to see the effects.

DON'T MISS: UK to outlaw gas and diesel vehicles by 2040

Kelley underscored the new ULEZ is a small area of the current congestion zone and said to truly tackle the city's pollution problem, the zones will need to go much further.