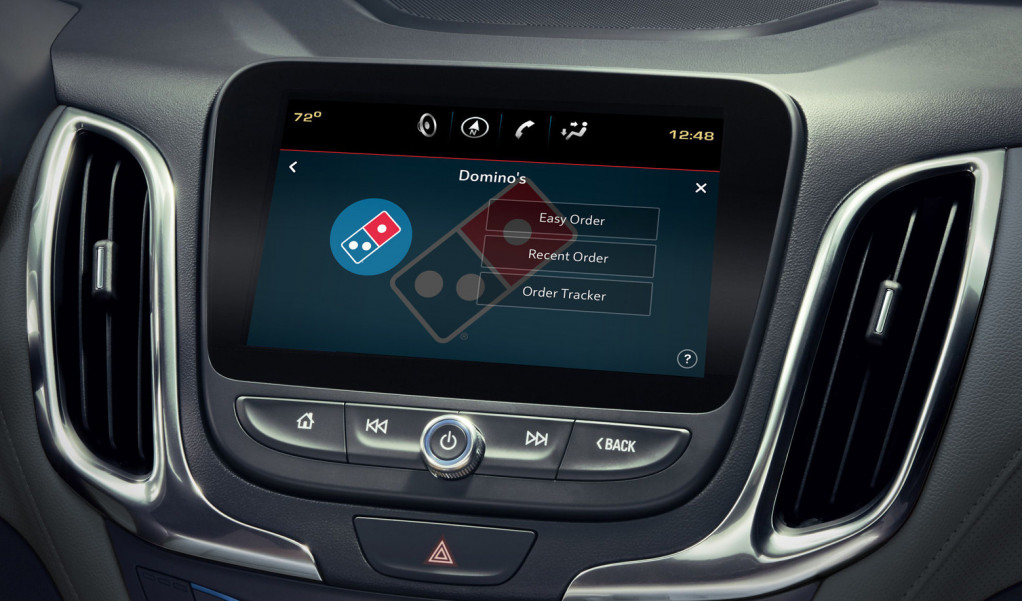 Long gone are the days of calling for a pizza. Soon, all it'll take will be a few taps on a car's touchscreen to order a Domino's Pizza.

The pizza chain on Monday debuted a new pizza-ordering platform that will be pre-loaded onto certain new cars that use the Xevo in-vehicle commerce service platform. At least initially, the system will be available on some vehicles made by Fiat Chrysler Automobiles and General Motors.

Domino's said that pizza-hungry drivers will be able to place an order on their way home from work or as they pick up their kids from school, for example.

READ THIS: Ford, Domino's to use self-driving cars to deliver pizzas in Miami

It's unclear if the full ordering process will be baked into the app, but Domino's said customers will be able to order their favorite pizzas with just a few quick taps on the touchscreen. Like other companies that allow drivers to place orders for food and beverages often, the Domino's app allows customers to save preferred pizzas in their profiles. Domino's said the app will include an easy order function to queue up a favorite pie.

DON'T MISS: Self-driving bar will gladly pour one out on the go

Additionally, the app will include the ability to locate stores and call them from the car.