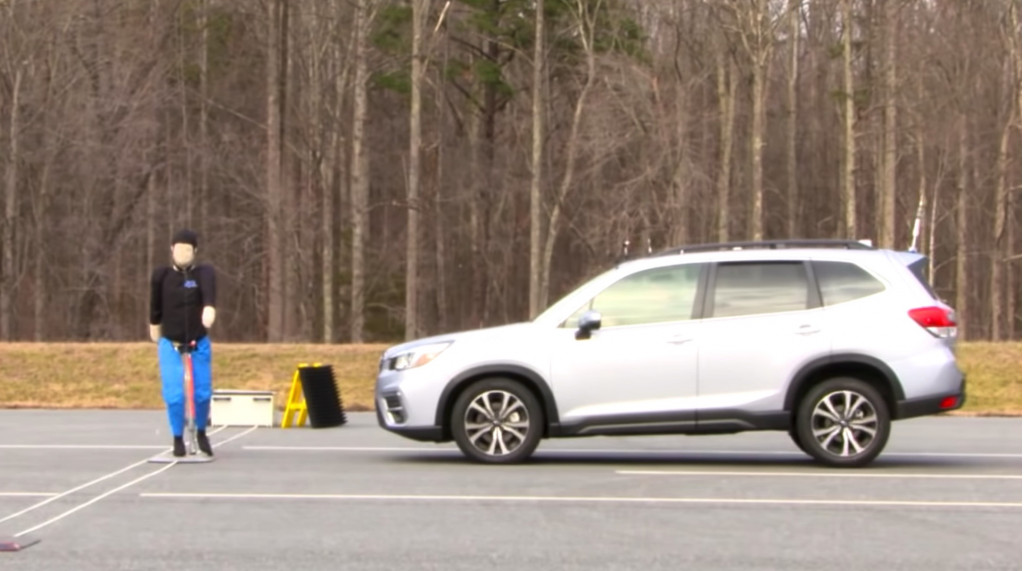 The IIHS on Wednesday said that automakers are on track to meet their goal of making automatic emergency braking standard on nearly every new car by 2022.

CHECK OUT: 20 automakers promise to make automatic braking standard by 2022

Jaguar Land Rover didn't build a single vehicle for the U.S. market with automatic emergency braking during the study period, although nearly two thirds of the British automaker's 2019 models now come standard with the tech. Anchoring the bottom of the list are Mitsubishi, Ford/Lincoln, and Porsche, all of which built fewer than 10 percent of their cars with the tech during the study period.

Far more 2019 vehicles now come with automatic emergency braking as standard than before, according to information compiled for the IIHS by Consumer Reports. Every 2019 Volvo and Tesla bound for an American buyer has the tech fitted, while more than 80 percent of 2019 Toyota/Lexus, Mercedes-Benz, Audi, and BMW models have the feature.

Fiat Chrysler Automobiles, General Motors, and Mitsubishi lag the industry by not making the gear standard equipment on any 2019 model.

READ THIS: The 10 cheapest new cars with automatic emergency braking

The 20 major automakers that agreed to make the system standard on every car by 2022 will cover 99 percent of the new cars sold in the U.S.