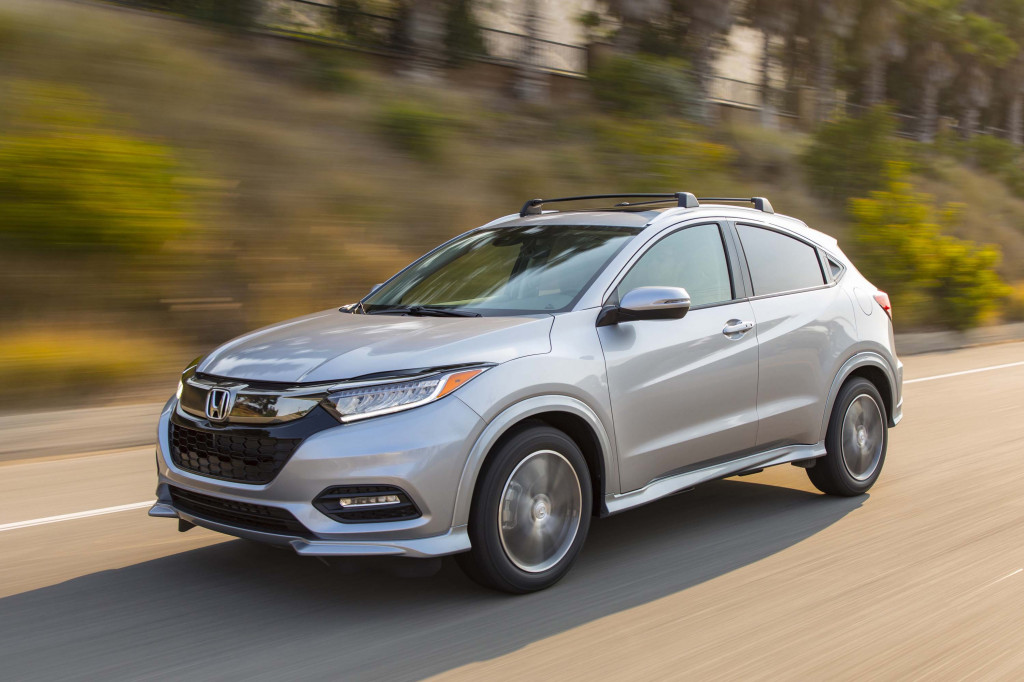 The 2019 Honda HR-V's improved structure meant that the IIHS on Thursday named it a Top Safety Pick, at least in a specific configuration.

The biggest changes come from within. Honda made structural changes to the front door hinge pillars and front-end structure with new reinforcements. The changes improved occupant protection in the small overlap and moderate overlap tests that simulate frontal impacts and resulted in top "Good" ratings in every IIHS test. Top Safety Picks must also earn a "Superior" rating for their crash-avoidance technology, which the HR-V does when fitted with the automaker's suite of safety gear on EX and higher trim levels.

However, subpar headlights on most HR-Vs keep them from earning the top award. The IIHS said that only the HR-V Touring with its standard LED headlights earned "Acceptable" in the light-brightness test and qualified for the Top Safety Pick award. Other trim levels use a halogen projector that earned a "Poor" rating. The HR-V Touring costs about $29,500 to start, which is about $8,000 more than the base model.

Last year's model only scored an "Acceptable" rating for the driver-side small-overlap front crash test and its headlights were rated "Poor" regardless of trim level.

Headlights remain a sticking point for many vehicles that keep them locked out of the IIHS' Top Safety Pick and Top Safety Pick+ awards. The insurance industry-funded safety body found more cars are improving their headlights, but more often than not, the best tech is locked away in higher trim levels. That's exactly the case for the HR-V.