The 2020 Volvo XC90 set to make its public debut at next month's 2019 Geneva Motor Show doesn't deviate much from the current model, but it gains some worthwhile tech and adds second-row captain's chairs to its roster of options.

Volvo unveiled the 2020 XC90 Friday and confirmed to The Car Connection that it will go on sale later this year in the U.S.

While Volvo will add a new hybrid option in some markets, company spokesperson Russell Datz said that the American-market XC90 will continue to be available with a 250-horsepower 2.0-liter turbo-4 in the XC90 T5, a 316-hp turbocharged and supercharged 2.0-liter inline-4 in the XC90 T6, and a 400-hp plug-in hybrid with the turbocharged and supercharged engine in the XC90 T8. The T8 hybrid's battery pack grows from 10.4 to 11.6 kwh, which may boost its electric range. 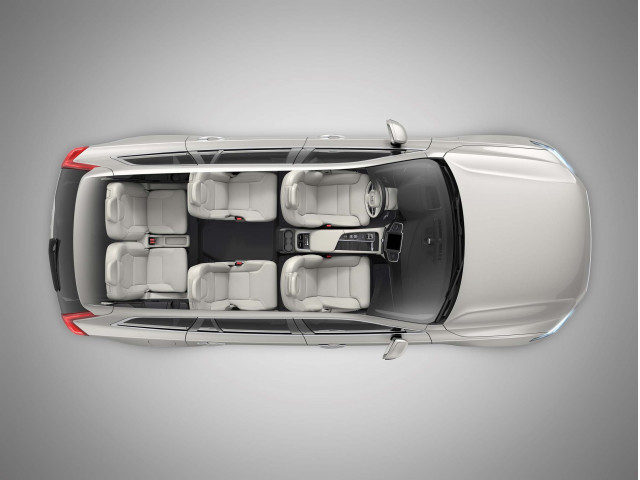 The 2019 XC90 has revised front and rear bumpers and a grille that looks more like what's on Volvo's smaller XC60 crossover SUV. Inside, the changes are subtle but noteworthy. The crossover SUV's infotainment software adds Android Auto in addition to the existing Apple CarPlay compatibility. A six-passenger version with second-row captain's chairs will also be available in place of a three-seat middle bench.

Wool interior upholstery will be available on the XC90 globally, but it's not clear if Volvo will offer that material in the U.S.

On the safety front, the XC90 inherits from the XC60 a system called Oncoming Lane Mitigation that can nudge the crossover SUV back into its lane if the driver begins veering into opposing traffic.

The current-generation XC90 dates back to the 2016 model year when it ushered in a new platform, engines, and design for the Swedish automaker.