Lyft car picking up a rider

Lyft could launch an initial public offering as soon as next week, The Wall Street Journal reported Wednesday.

After two decades, Mercedes-Benz is finally pulling the plug on its Mercedes-Benz SLC roadster. The automaker on Wednesday unveiled the 2020 SLC Final Edition ahead of its debut at the 2019 Geneva Motor Show next month. As its name suggests, the Final Edition closes out the SLC.

Nissan issued a recall covering 341,003 Altima sedans over the possibility the rear passenger doors could open when a passenger lowers the window. The brand filed the recall in December, but it was approved last week by the NHTSA. 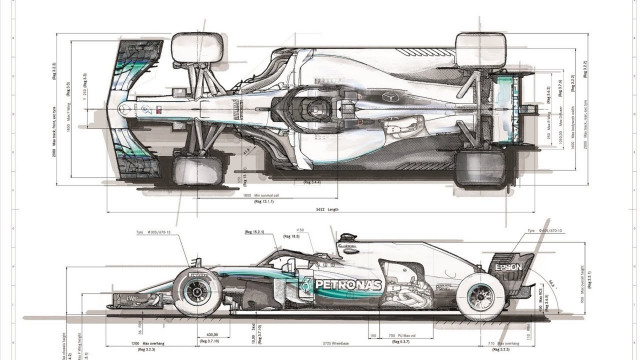 Learn how an F1 race car is born

A Formula One race car isn't simply an update of last year's racer. Instead, it takes about a year and a half to develop a car and hone the entire package.

Buy yourself a Rambo Lambo: 1988 Lamborghini LM002 heading to auction

The Lamborghini Urus isn't the first SUV from the Italian firm. That distinction goes to the Lamborghini LM002, a rough-and-tough SUV with Countach-like performance and a go-anywhere attitude. For anyone who needs such a vehicle in their life, one is heading to auction.

Porsche retired from the Le Mans LMP1 class in 2017, took the 919 Hybrid-derived 919 Evo on a farewell tour, and parked both cars at their final residence at the Porsche Museum in Germany. Yet, the story isn't over for the championship-winning race car.

Ford announced on Thursday that it opened an investigation into the fuel economy testing it does to receive official EPA ratings and federal certification to sell its vehicles in the U.S.

Carbuyers no longer have to give up space, comfort, features, or reliability to make a difference in saving gas.

Carbuyers no longer have to give up space, comfort, features, or reliability to make a difference in saving gas.