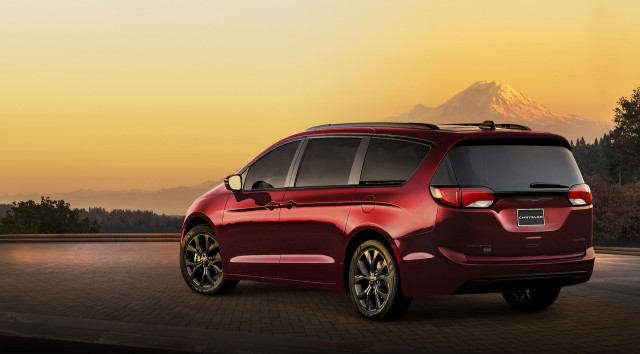 The Chrysler minivan is now as old as some of the parents who tote their kids to soccer practice in it. To mark the occasion, Chrysler on Monday took the wraps off a pair of special-edition models to celebrate the 35th anniversary of the minivan, which the company claims it invented.

The 2019 Chrysler Pacifica 35th Anniversary and 2019 Dodge Grand Caravan 35th Anniversary are the latest in a long line of Chrysler vans that date back to Nov. 2, 1983, when the first Dodge Caravan rolled off the assembly line in Canada. Though Chrysler has swapped names around—and discontinued the Plymouth brand—in the last 35 years, the basic concept of a family vehicle with at least one sliding side door has remained remarkably intact.

The 35th Anniversary package available on the Pacifica and Grand Caravan features special badges, floor mats, and interior details in a shade Chrysler calls Cranberry Wine—not exactly kid-friendly but perhaps appropriate for disheveled parents who need a break. The package is available on Pacifica Touring L, Touring L Plus, Hybrid Touring L, and Hybrid Limited trim levels. On the Grand Caravan, the package can be had on SE and SXT trim levels. 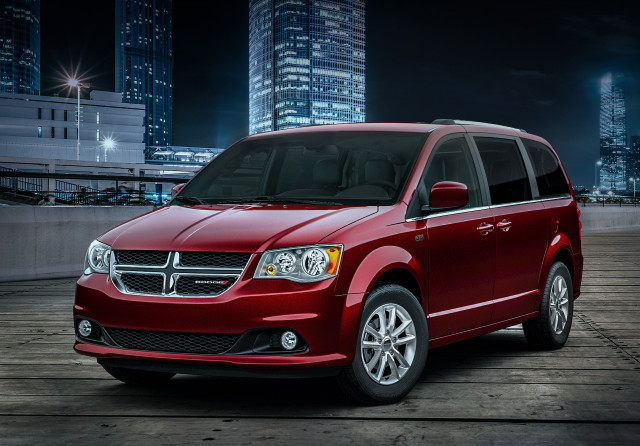 Regardless of model and trim level, the 35th Anniversary package also includes some features that would otherwise be optional such as upsized wheels, power-adjustable front seats, and a heated steering wheel.

Chrysler did not say how much the package will cost when it hits dealerships this summer.

Admittedly, just who made the first minivan is a topic worthy of road trip debate—at least we think so. A German automaker that would eventually be absorbed by Audi offered a boxy van with configurable rear seating as early as 1949, but it took the VW Microbus with a sliding door introduced in 1964 to really set the template. The 1984 Caravan's claim holds up due to the van's family-oriented design—and the fact that the Smithsonian Institution has one in its collection.