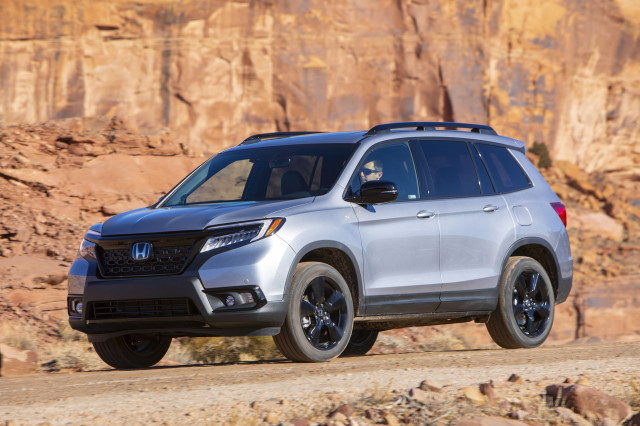 Discovery of uranium in the sandstone around Moab, Utah, sparked a rush of prospectors into the Four Corners region in the 1950s.

With its 2019 Passport, Honda may very well have struck gold instead.

The new Passport is a five-seat crossover SUV that looks, drives, and for the most part, acts like the shortened Honda Pilot that it is. From its front license plate back to its rear wheel wells, the Passport and Pilot are identical—save for their wheel and front bumper designs. It’s at the rear where Honda hacked about six inches from the Pilot and tossed out its third row of seats to create the Passport.

For families without the need to seat eight, the five-passenger Passport is the one to have. Because there’s no third row, the Passport’s 78 cubic-foot cargo capacity is within a few cubes of the 83 cubic-foot Pilot despite its smaller footprint.

At 190.5 inches long, the Passport is better suited to garages, parking lots, and even old uranium mining trails than its big brother, too. 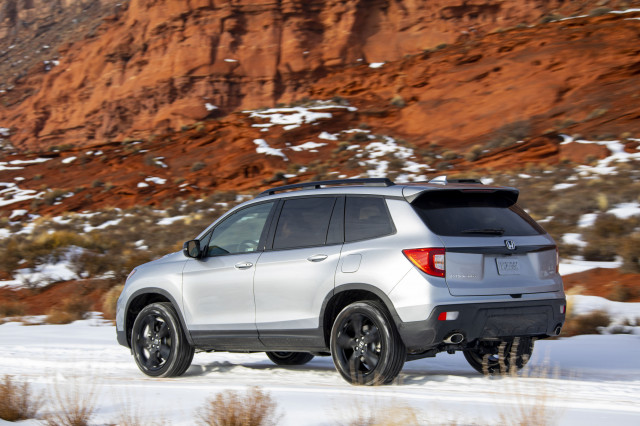 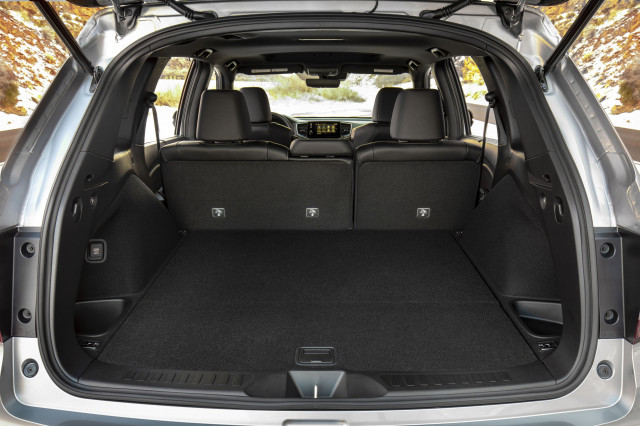 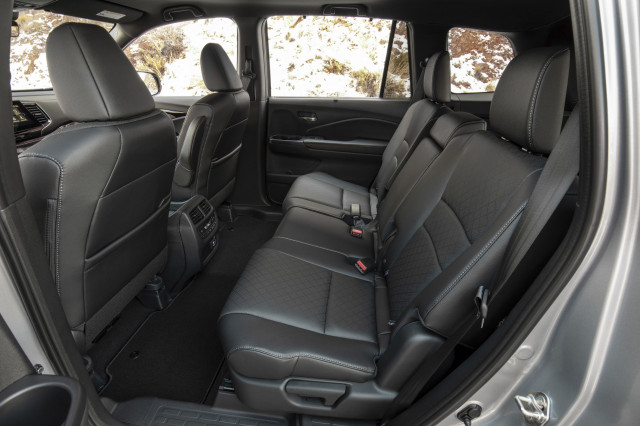 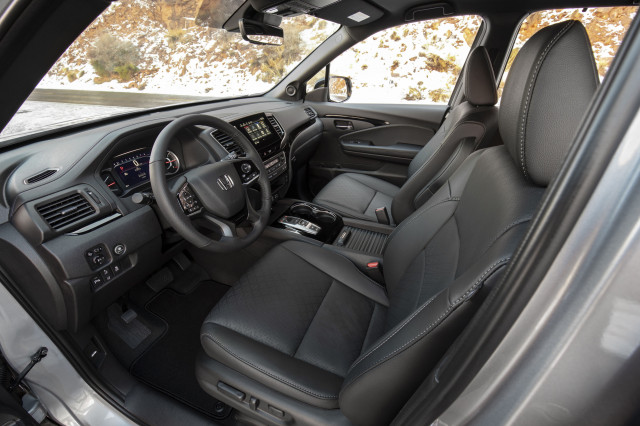 Honda didn’t do much to change the way the Passport drives compared to the Pilot, either. That’s a good thing since the Pilot was our Best Car To Buy 2016.

The Passport’s 3.5-liter V-6 churns out 280 horsepower and 262 pound-feet of torque and shoots power to either the front or all four wheels via a 9-speed automatic transmission. That’s enough grunt to make desolate highway passing a breeze, but not enough to actually move mountains. The Passport’s 5,000-pound towing rating with an optional trailer package is good for a five-seat crossover SUV, however.

Fuel economy ratings haven’t been confirmed by the EPA, but Honda figures the Passport will check in at 21 to 22 mpg combined depending on configuration. That’s less thirsty than the mules early explorers once used to visit Moab’s famous arches and cliffs, but not as miserly as the Ford Edge or Nissan Murano.

The Passport can trudge a little further into the desert than most of its competitors, however. All-wheel-drive versions sit about half an inch higher than the Pilot. (Front-wheel-drive Passports don’t have a raised suspension.) Honda’s all-wheel-drive system quickly transferred power to the wheels that needed it on a muddy road overlooking Moab, but it’s no substitute for serious off-road chops like the Toyota 4Runner can offer.

Where the Passport comes into its own is on pavement and away from trails. Its suspension is firm but far from punishing even with the standard 20-inch alloy wheels that seem at odds with Honda’s vision of muddy Passports sharing trailhead parking spots with Subarus and Jeeps. Quick, sharp steering and limited wind and road roar make it a serene cruiser, too.

The Passport’s interior has the same virtues as the Pilot: excellent forward vision, convenient controls, and supportive, spacious seats all around. What it’s not is particularly imaginative inside, even with the coal-bin black hue offered in the Passport but not the Pilot.

Every Passport, whether outfitted in Sport, EX-L, Touring, or Elite trim, leaves Honda’s Alabama assembly plant with active safety tech such as automatic emergency braking, adaptive cruise control, and active lane control. The cheapest Passport Sport costs about $32,000, but it’s the EX-L most buyers will want.

At around $40,000, the Passport EX-L with all-wheel drive is a decent, but not stellar value. Its leather seats are power adjustable and heated up front, an 8.0-inch touchscreen for infotainment handles Apple CarPlay and Android Auto, and a power moonroof is included. Oddly, Honda charges similar money for a Pilot EX-L with those features.

Ford asks a little less for a similarly equipped Edge SEL with fewer horsepower while the spacious Nissan Murano SL costs about $1,000 more. Some buyers may also cross-shop the Jeep Grand Cherokee, which in Limited guise with optional active safety tech tickles $45,000.

It doesn’t take a Geiger counter to realize that five-seat crossover SUVs are increasingly popular. With its revived Passport, Honda is ready to dig in for the long haul.

Honda provided lodging to Internet Brands Automotive to bring you this firsthand report.