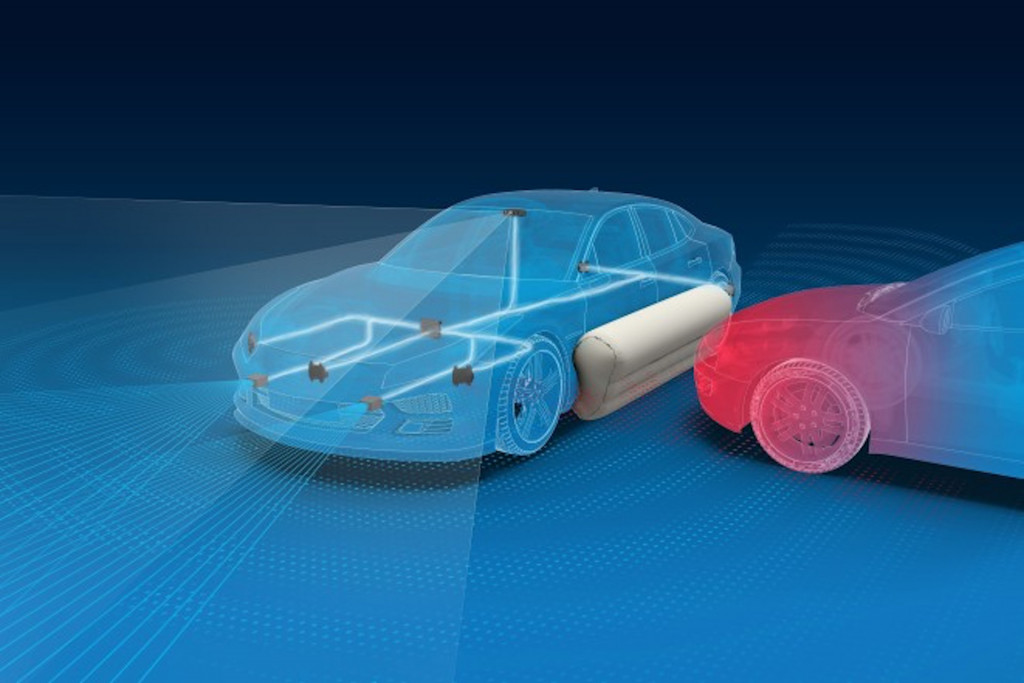 Automakers have spent decades at work to improve passive safety, that is, functions to ensure occupants remain safe in the event of a crash. However, a new external airbag concept promises to further increases occupant safety by as much as 40 percent.

German automotive supplier ZF showed off its concept exterior airbag system at the Airbag 2018 Symposium in Germany last week. In the event of a side impact, an exterior airbag deploys to provide extra cushion for the driver and passenger side of the car. When tested, the extra crumple zone helped reduce injury severity by 40 percent, ZF said.

READ THIS: Takata's Exploding Airbags Finally Explained (No Thanks To Takata)

A computer determines if a side-impact crash is imminent and will fire off the exterior airbags moments before impact. The company said 40 percent of crash-related fatalities occur in side-impact crashes, which is why ZF focused on side airbags for its concept exterior system. Although the exterior airbag is still in the concept phase, ZF said it's in talks with potential customers and could install such a system on production cars in as little as two years. An external airbag could also keep electric cars safer and help protect battery components.

But there are quirks to be ironed out. The most sensitive one is making sure the airbag deploys when needed. If the airbag doesn't fire, the technology is useless. But, if it fires prematurely, it quickly creates a headache for the driver.

ZF said it's also looking at a host of other improvements to passive safety systems as the automobile transforms. For example, self-driving cars will offer promised greater freedom of movement within the cabin and various seating positions. The company said it will address these new ideas with new airbag systems to keep occupants safe when they're not only buckled in behind a steering wheel, but perhaps reclined back as the car handles the driving.