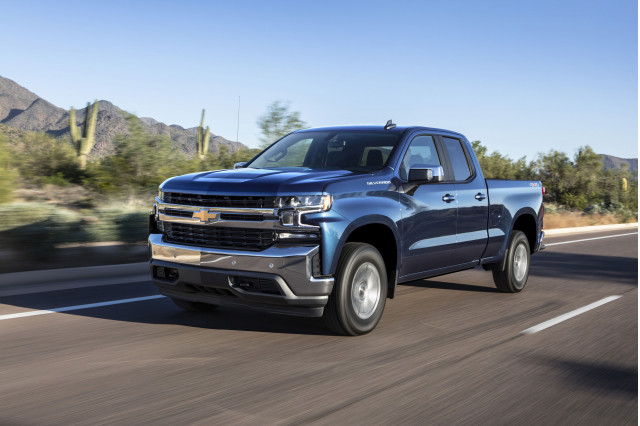 Paradigm shifts tend to be either brilliant or disasters. Chevy's made just such a gamble with its full-size pickup line with a new turbo-4 engine for its Chevrolet Silverado truck. The new engine takes over in LT and RST trims where a 4.3-liter V-6 once lived, and it makes the 2019 Silverado the first modern full-size pickup truck to offer just four cylinders in a market once dominated by V-8s.

It’s a shock but not a surprise. High-powered processing in fuel and ignition management plus advances in turbocharging have catapulted overachieving small engines past traditional configurations, or so GM says.

The 2.7-liter turbo-4 uses a twin-scroll turbocharger to help low-rpm and low-load throttle response. The engine can deactivate two of its four cylinders in certain cruising situations—effectively running as an inline-2—and also uses a stop/start system when stationary.

The turbo-4-equipped Silverado's 20 mpg city, 23 highway, 21 combined figures mean a 13-percent bump in city fuel economy over the previously standard Chevy V-6. And the turbo-4 generates a healthy 310 horsepower and 348 pound-feet of torque, with a maximum towing capacity of 7,200 pounds.

Over a leisurely 53-mile driving route in Arizona that combined twisty secondary roads and steady highway cruising but no real city stopping and starting, our turbo-4 Silverado LT returned 20.6 mpg according to its trip computer.

That’s a poor showing, though the truck had less than 800 break-in miles under its belt. That same truck with 1,500 to 2,000 miles might have posted a better figure. 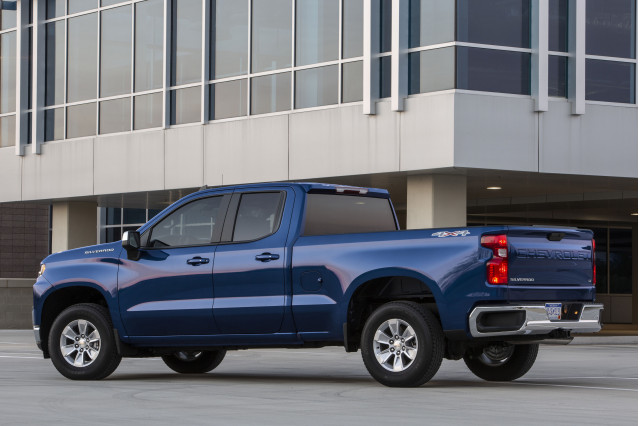 The Silverado’s turbo-4 stakes out new ground against its rivals. It requires the LT trim level though, which correlates with the Ford F-150 XLT, and that truck comes standard with the 325-hp 2.7-liter turbocharged V-6. That engine is rated up to 20/26/22 mpg and can tow up to 8,500 pounds. 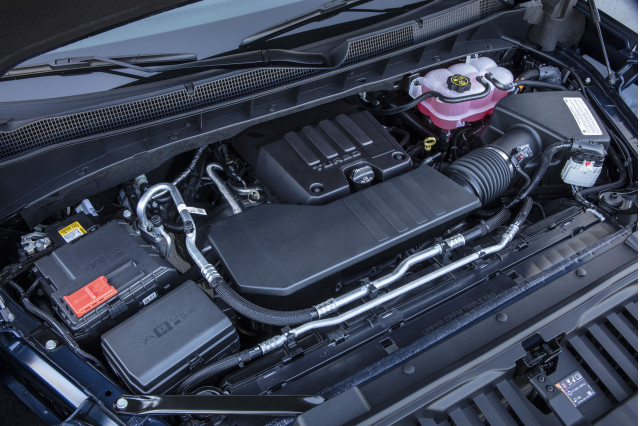 This puts the Chevy behind in towing capability, fuel economy and, to a lesser extent, in power.

Don’t write off the Silverado's turbo-4 just yet. The extended-cab LT we tested was downright quick, even if the 4-cylinder’s hammering soundtrack is incongruous in a big pickup. And while the turbo-4 is some 80 pounds lighter over the nose than the outgoing V-6, it’s paired with float-inducing front suspension tuning that copes poorly with undulating surfaces, even if cornering grip is good.

In purely truckish categories, the Silverado’s engine doesn't fare very well. As an everyday commuter, the turbo-4 Silverado is more compelling with its smooth nature and good power.

Out back in the truck bed, the story improves. The new Silverado bests other full-size pickups in cargo volume and it offers more tie-downs than the competition. Its 2,280-pound payload rating is tops among rivals and the nifty footholds carved into either side of the rear bumper are simple smarts.

The new turbo-4 is also available in a street-focused RST trim swathed in LED headlights and color-matched bumpers and door handles.

The turbo-4 Silverado’s price isn’t the only thing that’s somewhere in the pickup truck middle ground. By not standing out in front for fuel economy, towing capability, power, or really any other metric, Chevy’s dare makes the turbo-4 something of a fun-to-drive miss.

Chevrolet provided travel and lodging to Internet Brands Automotive to bring you this firsthand report.