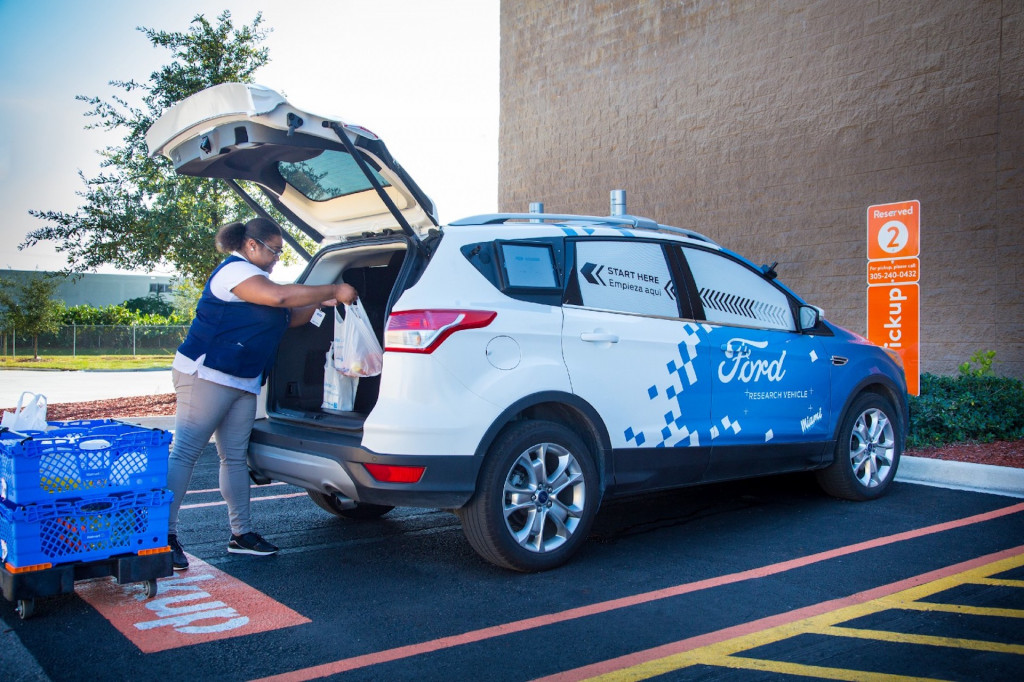 Ford and Walmart have teamed up to launch a new self-driving delivery service pilot with the help of Postmates.

The automaker announced Wednesday that Walmart and Postmates will help carry out the program, which intends to deliver a variety of goods to Walmart shoppers from the comfort of their home. The new program follows in the footsteps—or tire tracks— of Ford's self-driving pizza delivery service. Both companies said the new service will run alongside Walmart's newly launched delivery option. Personal shoppers gather a customer's items, while a Postmates driver delivers the goods. Only here, Ford tasks the self-driving car with the delivery.

READ THIS: Ford to pump $4B into new self-driving car subsidiary

The program is truly a prototype service as Ford said it will use the pilot to understand what the self-driving cars are capable of delivering, and what may not be a good match at this time. In the future, the learnings could help shape a production self-driving car meant to carry all sorts of items, however. And, Ford will work out the logistics for such a program. It will look for improvements as self-driving cars make multiple delivery stops and understand the best course of action, especially with perishable food items onboard.

With its numerous trial programs, Ford hopes to learn what kinds of self-driving delivery services customers appreciate the most as it plans to launch a commercial autonomous vehicle early next decade. The automaker has continuously expanded its self-driving operations, too, and plans to be the first automaker to bring the technology to the U.S. capital of Washington, D.C. The city will join Detroit, Pittsburgh, and Miami to host Ford self-driving cars.