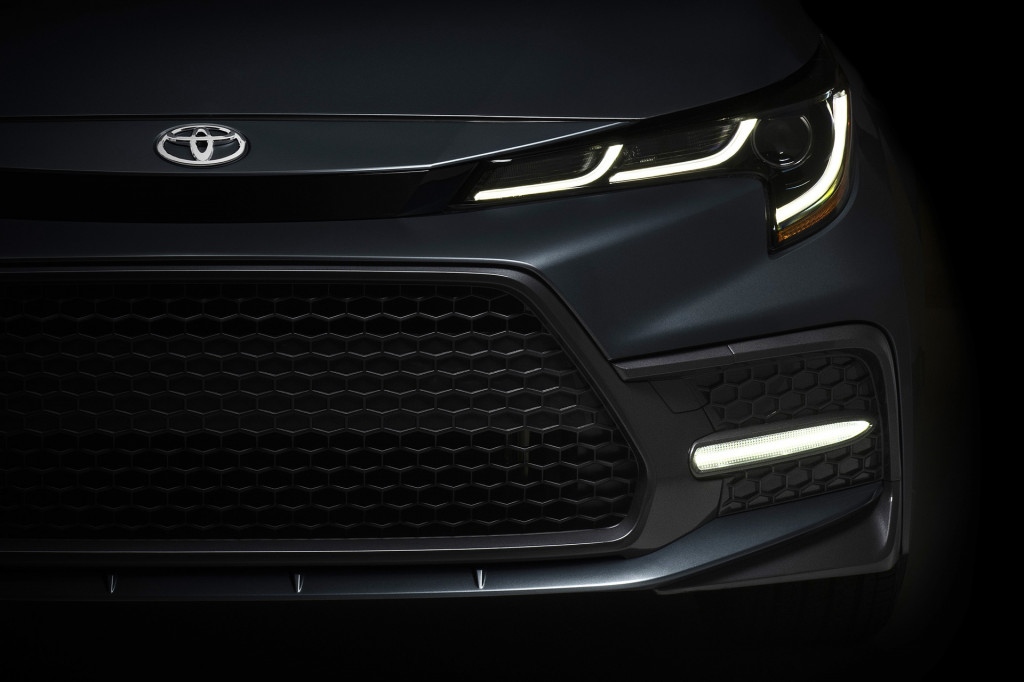 With the debut next week of its 2020 Corolla, Toyota will emphasize the global nature of its compact sedan.

The 2020 Toyota Corolla will bow at the Guangzhou auto show in China on Thursday, and it'll make a simultaneous appearance at a private media event in California. The first time the U.S. public will see the redesigned Corolla will likely be at the 2018 Los Angeles auto show in late November.

Toyota has remained tight-lipped on what to expect from the redesigned Corolla sedan, which will be the 12th generation of the compact car to go on sale in the U.S. The current 2019 Corolla's design dates back to the 2014 model year and it shows its age against fresher rivals such as the Hyundai Elantra and Honda Civic.

However, the redesigned 2019 Corolla hatchback that hit dealer lots in the U.S. earlier this year may gave some hints. It rides on a lighter, stiffer platform, a version of Toyota's scalable architecture. Versions of that platform underpin models as diverse as the Prius hybrid, RAV4 crossover SUV, and Avalon full-size sedan.

The Corolla hatchback makes use of a 168-horsepower inline-4 rated at as high as 42 mpg on the highway. By contrast, the current Corolla sedan's inline-4 is both less powerful and uses more gasoline.