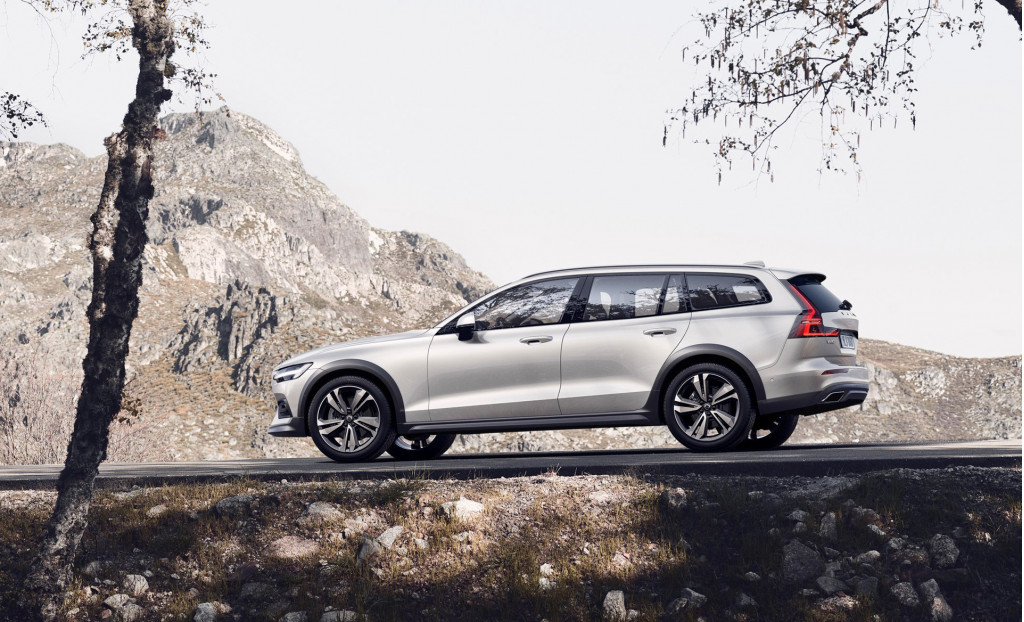 Whittling through the list of new cars this year for our Best Car To Buy 2019 nominees was no easy task. Nearly every major automaker debuted at least one redesigned model, touting it for its safety, its performance, its spacious interior, or its innovative features.

Our staff spent weeks debating which cars deserved to make the final cut to be considered for our top award. We've already shown you the nominees, but what about the cars, crossovers, and SUVs that didn't make it all the way through the nomination process?

MORE: Follow all our Best Car To Buy 2019 news as we name a winner

Here's a look at what cars we considered, and why they sat on the sidelines. It's not necessarily because they're bad cars—truthfully, no new car is truly awful. But we were able to distill them down to a few common reasons why they didn't earn a nomination. 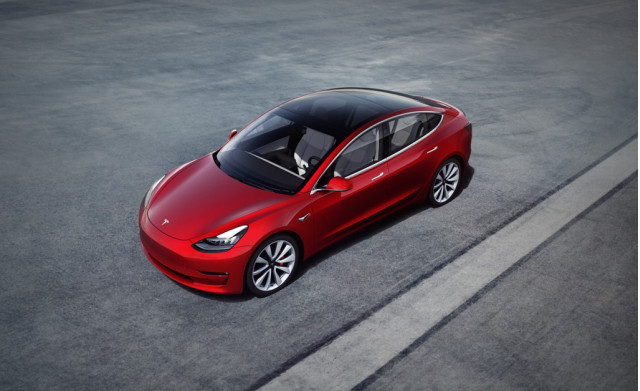 To be a Best Car To Buy 2019 nominee, the version we recommend needs to cost less than $50,000. Some cars, such as the BMW X5, Jaguar I-Pace, and Porsche Cayenne didn't even make it to the discussion.

Although it's possible to find a Tesla Model 3 configured to our recommended specifications costing less than $50,000, buyers need to qualify for incentives that will expire by the time the calendar turns into 2019. Cheaper Model 3 sedans are on the way, though, so Tesla may qualify in the future. 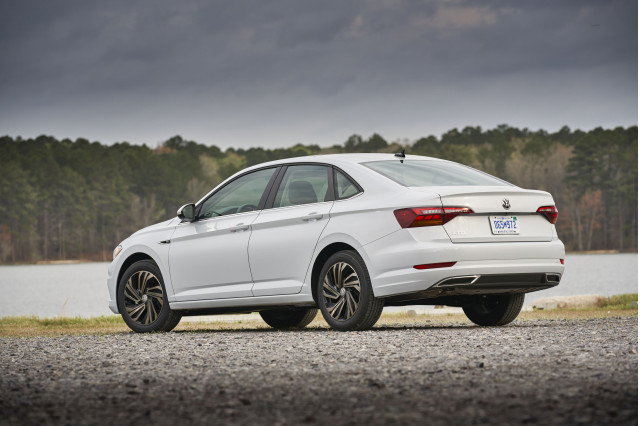 Close, but not quite

There's a lot to like about the redesigned VW Jetta with its gentle road manners, spacious interior, and good safety tech, but we kept coming back to one issue. Does it do anything better than the other cars on our list? Nope.

Volvo's new S60 sedan and V60 wagon are stylish options worth shopping if you're in the market for a compact luxury car. They narrowly missed out on our list because they reminded us too much of our experience last year with the runner-up Volvo XC60. Volvo's XC40 represents more out-of-the-box thinking and it easily made our list, though.

Finally, the Genesis G70 delivers impressive handling and performance, but it doesn't fix what's holding back the brand. Consumers want crossover SUVs, and the G70 is yet another four-door sedan from a brand that's in need of some utility-vehicle presence.

The Hyundai Accent and Kia Rio give buyers good reasons to stick with small cars. They're as roomy inside as some mid-size cars were a few years ago, and the ones we recommend can be had for around $21,000. Against a wide range of cars that make better choices for families, however, the Accent and Rio lost out on our nomination. 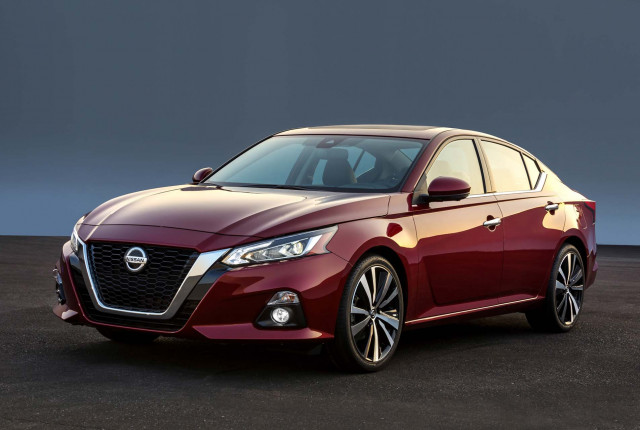 The redesigned Nissan Altima should have been a shoo-in, but it doesn't feel like as much of a step forward from behind the wheel as it does on paper. The Altima's turbo-4 engine is powerful, but should be mated to all-wheel drive. Meanwhile, its all-wheel-drive system may steal a buyer or two in wintry markets, but most of those shoppers are looking for crossover SUVs. Just ask Subaru.

We have similar issues with the Mazda 6. It's not that Mazda's four-door isn't enjoyable to drive, but the turbo-4 engine that's new for this year doesn't move the needle far enough. We wish Mazda had put it in the model its dealers can barely keep in stock: the popular CX-5 crossover SUV.

We ran into the same issue with the Buick Regal TourX, a tall station wagon that we really wanted to like. It probably would have have earned a spot on our list had Buick not restricted active safety tech that we consider crucial on a new car to only the top trim levels.

The Cadillac XT4 starts at a reasonable $36,000, but that's where our praise stops. Its turbo-4 is strong, but everything else about it is totally underwhelming—not to mention that active safety tech means spending about $10,000 more in options. 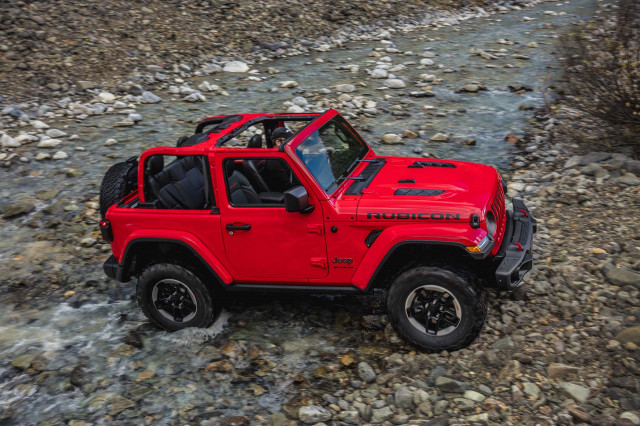 There was some serious debate about the Jeep Wrangler, which finally has the road manners and the interior space for family use. It's needlessly expensive, though, and no model is available with automatic emergency braking.

The Hyundai Kona's mediocre powertrains kept it from our list, but the Kona Electric was well-liked by our staff. But is it a better family car than the Chevy Bolt EV? We're not so sure. We're going to spend more time in it before we count it out.

Other small cars such as the Toyota Corolla Hatchback and Nissan Kicks have their virtues, but we had a hard time making them contenders. 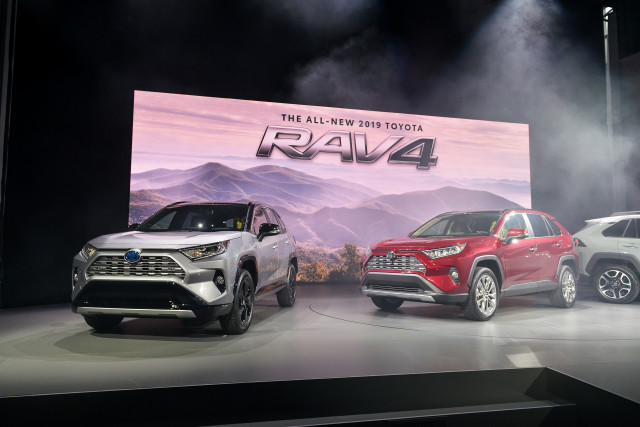 The redesigned Toyota RAV4 gets a lot right at first glance—it's stylish, spacious, and will likely be thrifty in hybrid configuration. Unfortunately, we weren't able to drive one in time, so it may make it to next year's competition instead.

The Ford Ranger and Mercedes-Benz GLE-Class also arrived too late for us to evaluate.