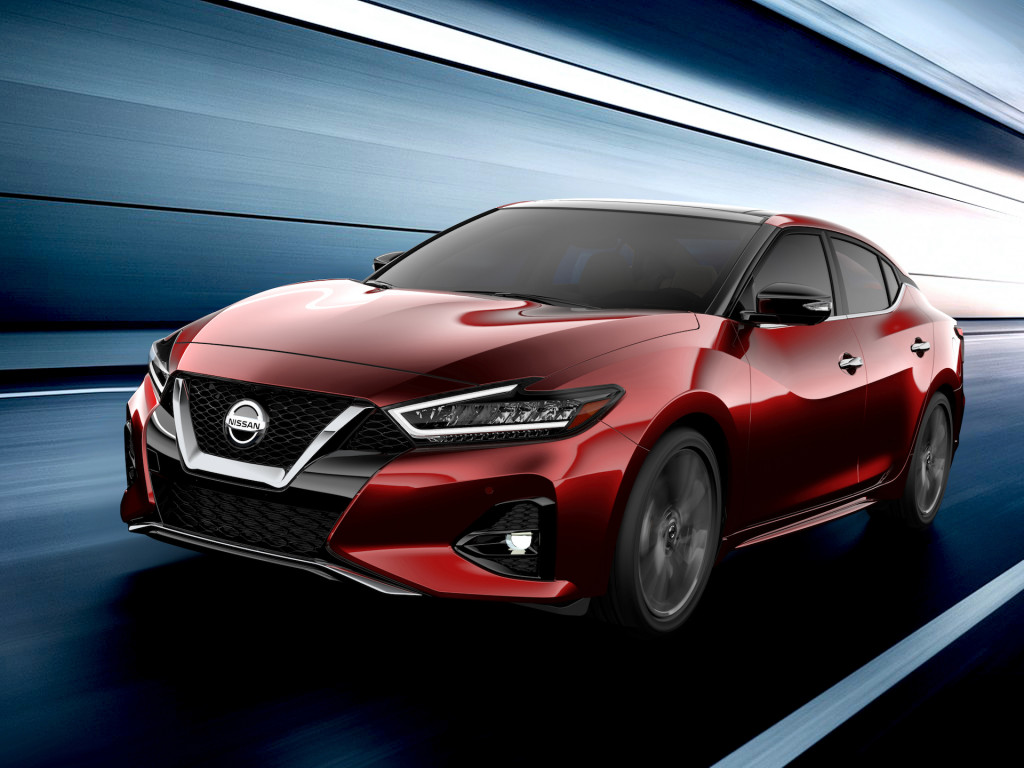 An updated 2019 Nissan Maxima debuted online on Monday, highlighted by a new front end with LED headlights. The large sedan doesn't mark a huge departure compared to the outgoing model, but we'll have to wait until it's officially unveiled to find out if bigger changes lurk underneath.

The 2019 Maxima won't make its formal debut until next month at the 2018 Los Angeles auto show.

Nissan on Monday released just one photo of the Maxima showing sharper lines around its grille, LED running lights, and what appear to be LED headlights.

The latest Maxima debuted for the 2016 model year, so the 2019 refresh was not unexpected.

Underhood, the Maxima will probably carry over the 2018 model's 3.7-liter V-6 engine rated at 300 horsepower, although it's possible that Nissan could dig into its proverbial parts bin for the 2.0-liter turbo-4 found in its redesigned 2019 Altima sedan. That engine features Nissan's variable compression system that first appeared in 2018 Infiniti QX50. The Altima is also the first modern Nissan with available all-wheel drive, something that could eventually make its way to the Maxima.