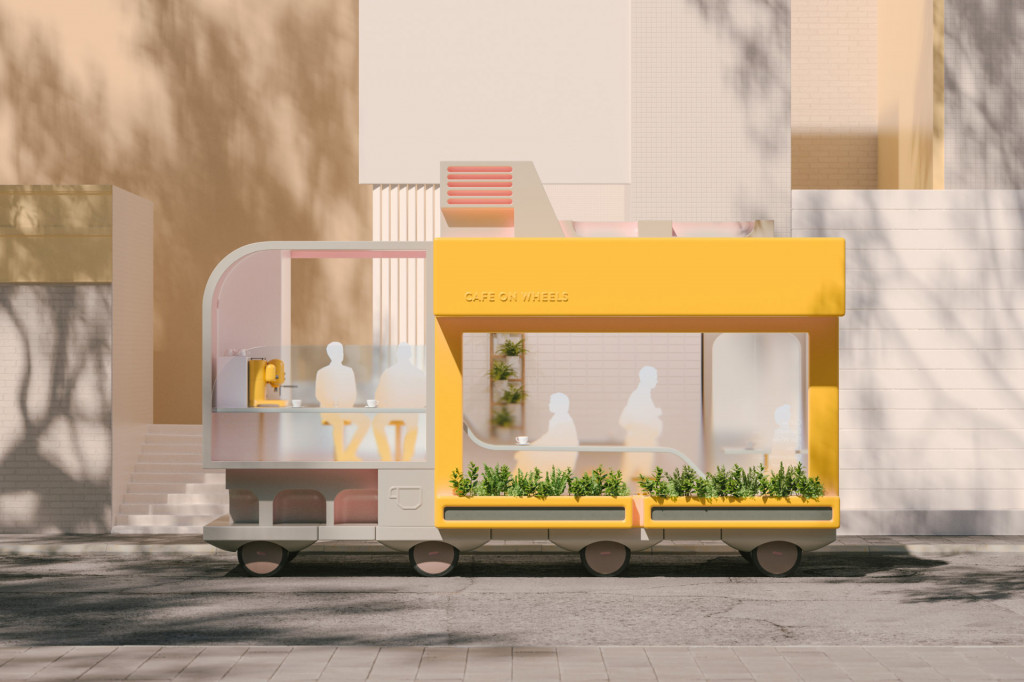 Though it’s likely you won’t be able to buy an autonomous car from IKEA and assemble it at home anytime soon, the Swedish home goods and furniture giant debuted several wacky self-driving car concepts Tuesday.

The vehicles, of which there are seven designed by Space10, IKEA’s in-house research and development firm, imagine a future where vehicle interiors become more like living spaces, not unlike concepts unveiled by Mercedes-Benz and more recently Volvo.

MORE: IKEA to use electric vehicles for home delivery in five global cities by 2020

Named Office, Cafe, Healthcare, Farm, Play, Hotel, and Shop, the concepts embody spaces exactly as their names suggest, with the Farm concept presenting a mobile produce center on wheels, and the Cafe concept acting as a coffee-touting food truck of sorts.

Most interestingly, the Play concept is an augmented reality video game room that navigates cities and allows occupants to play games based on their surroundings.

The Healthcare concept also presents an interesting solution to providing healthcare to those who have difficulty accessing it, and can even dispatch a roof-mounted flying taxi to act as an ambulance in case of emergency, because this is the future, so why not?

There’s even an app for Apple users to check out virtual renderings of the concepts on their iPhone or iPad, and though Space10 has no concrete plans to produce these concepts, it could be the one to furnish them eventually.