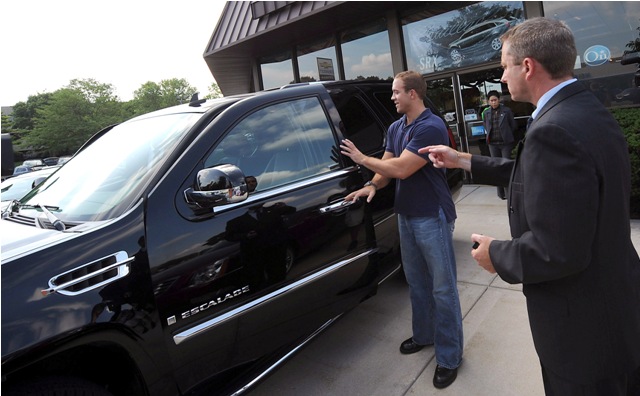 If you think new cars are getting too expensive, you’re certainly not alone. According to a report Monday by The Wall Street Journal, the gap between the price of the average new and used vehicle is as wide as it’s been in five years, pushing buyers away from dealerships and towards used car lots and classified ads.

However, demand for vehicles has still stayed strong, and as more new vehicles reach the end of their lease terms, there’s a surplus of low-mileage, relatively new cars, trucks, and SUVs for buyers to choose from.

“When people see the price has gone up, it is sticker shock, especially when people only buy a car every five to six years,” said Brian Allan, a senior director at Galpin Motors chain of dealerships to the Journal. He emphasized that Galpin and others are seeing buyers drive off the lot in a preowned vehicle when they came in intending to buy new more frequently than ever.

Despite the gap in average price paid, used car prices are up about $865 from 2017, and auto retailers sold 10.4 million used cars in the second quarter of 2018, making the secondhand car market more lucrative than ever with a profit margin of nearly 7 percent last year.

With zero percent interest loans and other incentives now starting to fall by the wayside because of higher federal interest rates and the escalating trade dispute, new car sales prospects are not looking up in the long term.