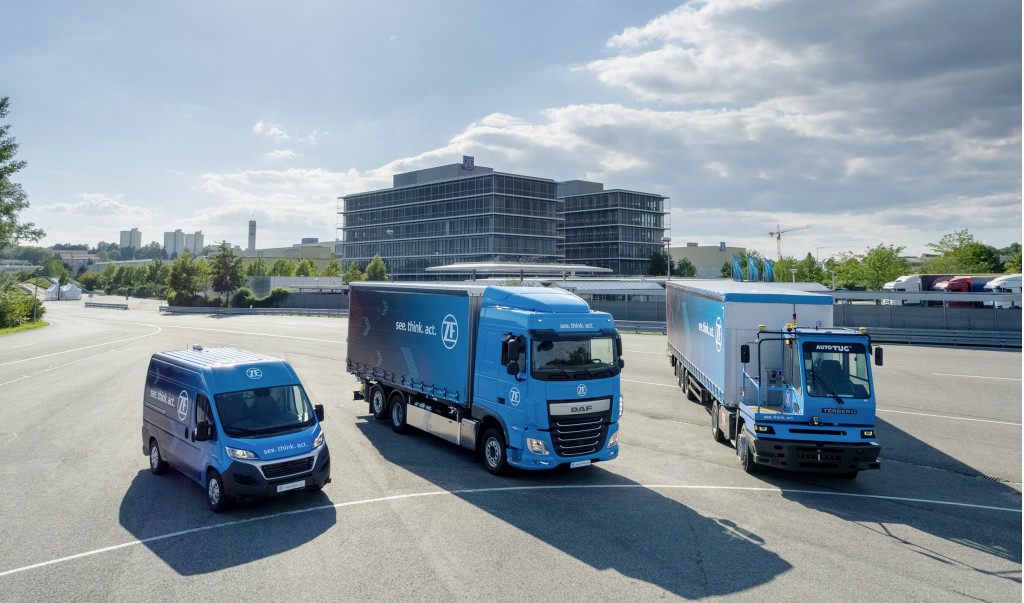 German auto parts giant ZF announced Wednesday that it is developing an autonomous electric delivery vehicle for “last mile” solutions with a $14 billion investment in the next five years.

Even if you’ve never heard of ZF, it’s likely that your car, truck, or SUV uses parts in its drivetrain, specifically whole transmission assemblies and chassis components. Now, the leading parts conglomerate is thinking beyond the gearbox.

MORE: ZF’s Vision Zero concept shows how self-driving cars will be safer for everyone

“We are revolutionizing the ‘last mile’ so that packages can be delivered more cleanly, safely, and on time,” said ZF Chief Executive Officer Wolf-Henning Scheider in a statement. “For this reason, we are working together with partners and customers to develop our concept ready for series production within the next two years.”

The proposed vehicle will be battery powered exclusively and include level 4 autonomous driving functions, enabling it to maneuver city centers by recognizing traffic lights, road signs, and even reacting to hazardous situations. While some autonomous vehicle developers like Waymo are using self-driving tech-equipped passenger vehicles to deliver groceries to customers on behalf of Walmart, ZF is focused on the commercial segment entirely as the next frontier for autonomous development.

“Driverless transport vehicles and automated functions will play a significant role particularly in zoned areas like terminal yards, forwarding company depots or air and sea ports,” Scheider went on to say. “In the near future, we will be seeing more autonomous vehicles in such zoned areas faster than on public roads.”