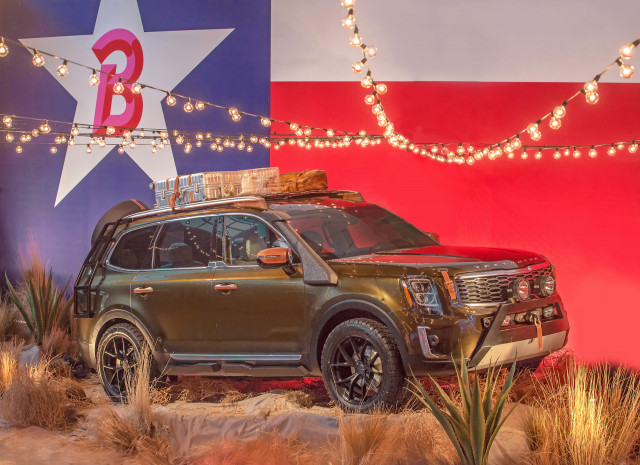 Well ahead of its formal debut, the 2020 Kia Telluride three-row crossover SUV hit the runway at New York Fashion Week on Saturday.

In New York, the 2020 Telluride was dressed up by Texan fashion designer Brandon Maxwell but it doesn't take much imagination to peel back its off-road accouterments, leather-wrapped door handles, and roof-mounted luggage to see what will arrive in Kia dealers next spring. 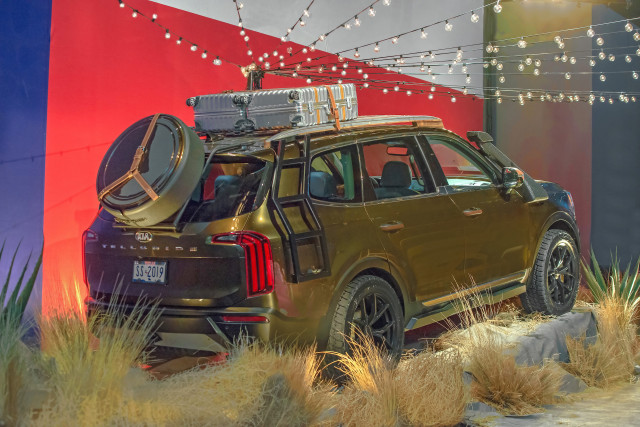 Kia said that the Telluride SUV will feature V-6 power and that it will be "several inches" longer than the automaker's Sorento. That's likely to put the Kia somewhere around the Nissan Pathfinder's 198-inch overall length. The Telluride has a boxy, upright look with a wide front grille, tall headlights, and C-shaped taillights. Its rear window has a steeper rake than some SUVs such as the Chevrolet Tahoe, but it's not as car-like as the BMW X6.

The New York show vehicle's interior draws heavily from the rest of Kia's lineup. Its horizontal-theme dash features a touchscreen for infotainment that hovers above secondary audio and climate controls. A conventional transmission sprouts from its center console, where it appears a knob for controlling various traction control modes takes up considerable real estate. 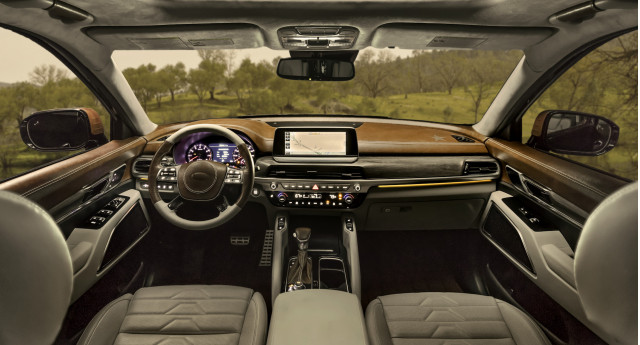 We'll know more when Kia officially unveils the 2020 Telluride in production guise at the 2019 Detroit auto show in January. The Telluride will be built at Kia's assembly plant in West Point, Georgia.