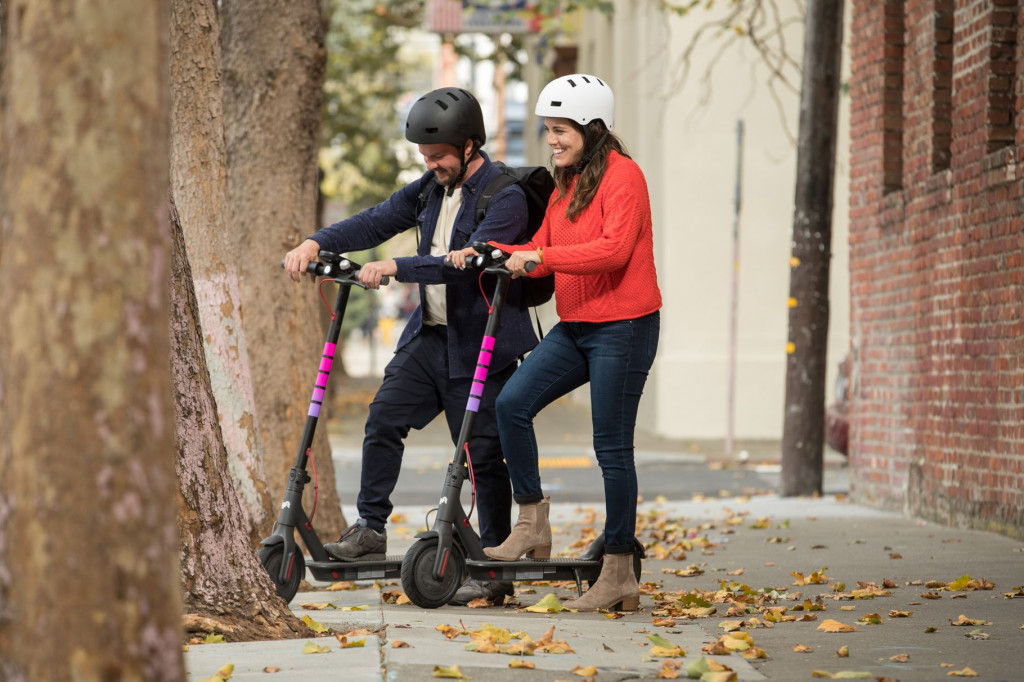 Ride-share giant Lyft beat Uber to the pavement when its first rent-by-the-minute scooters hit the road in Denver Thursday.

Uber is expected to put its scooters into service in Santa Monica, California, within a few weeks, CNN reported. Lyft dropped off 350 scooters in Denver, 100 of which it parked in areas it considers "opportunity zones" underserved by public transportation.

In Denver and nationally, Lyft's scooters are playing catch-up to those deployed last month by Lime and Bird. Unlike those two electric scooter pioneers, Lyft's two-wheelers can only be rented from 6 a.m. to 9 p.m. They cost the same as Lime and Bird: $1 to start and 15 cents per minute afterward.

Lyft's scooters were made by Chinese firm Xiaomi. They have a 15-mile range, a top speed of about 15 mph, and can be hired through Lyft's app.

Lime and Bird first launched scooters in the Mile High City earlier this year, but the city determined that they had not gone through every step of the process to make them legally viable. Denver rounded up Lime and Bird scooters within a few weeks and made the companies re-submit their applications. Lime and Bird were allowed on Denver streets again in August.

Lyft did not say when its scooters will be available in other cities.

In July, Lyft acquired bike-share firm Motivate. The ride-share company said that it plans to make the bikes available in its smartphone app as well.