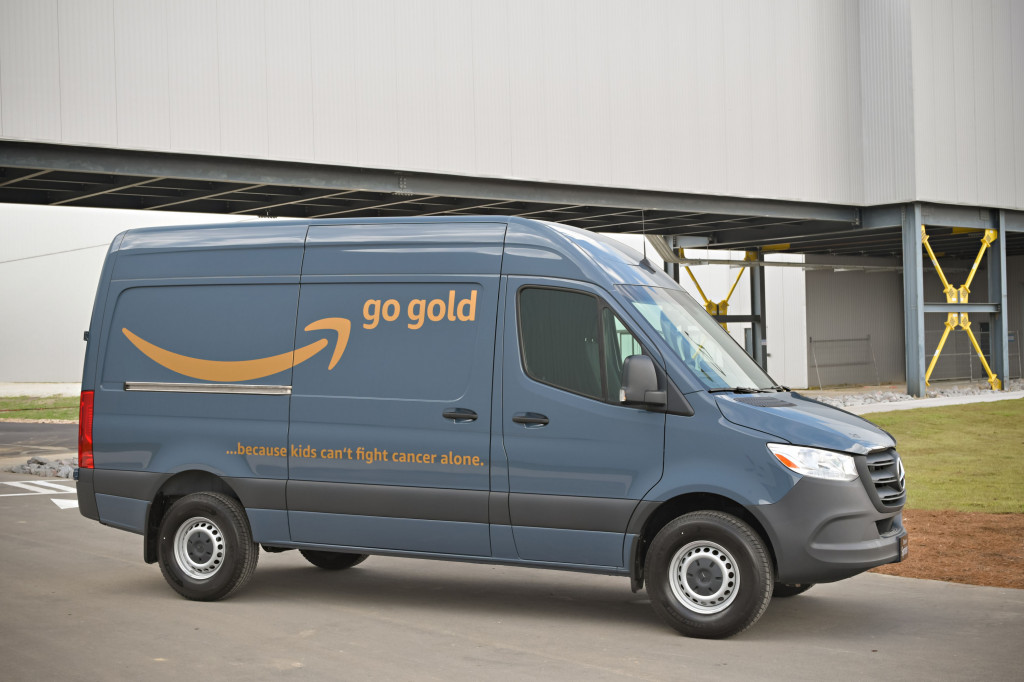 Online retail giant Amazon said Wednesday at the opening of Mercedes-Benz's new Sprinter assembly plant in North Charleston, South Carolina, that it will order 20,000 vans for its delivery service.

Amazon had initially said that it would order 4,500 Sprinter delivery vans. Dave Clark, Amazon Senior Vice President of Worldwide Operations, said in South Carolina that the orders are for the 2019 model year and that they are to be fulfilled by the end of 2019.

Mercedes-Benz hasn't said how many Sprinter vans its new assembly plant will be capable of building. Last year, the company sold about 45,000 Sprinter vans in the U.S., but they were assembled in Europe, disassembled, and shipped to South Carolina for re-assembly to satisfy the so-called "chicken tax" levied on certain vehicles.

Amazon's fleet will grow considerably with the order, but it still pales in comparison to UPS, which says it has nearly 120,000 delivery vehicles.

Amazon won't own any of the Sprinters, however. It will instead use fleet-management companies to lease them to its delivery drivers. Those operators handling "last mile" delivery of Amazon packages to customers' doors will be able to manage fleets of up to about 100 vehicles, Clark said.

He also said that the vehicles may be used for grocery delivery through Whole Foods, which Amazon owns.

There's no word on if Amazon won't have to pay the delivery charge for the Sprinters because of its Prime affiliation, however.