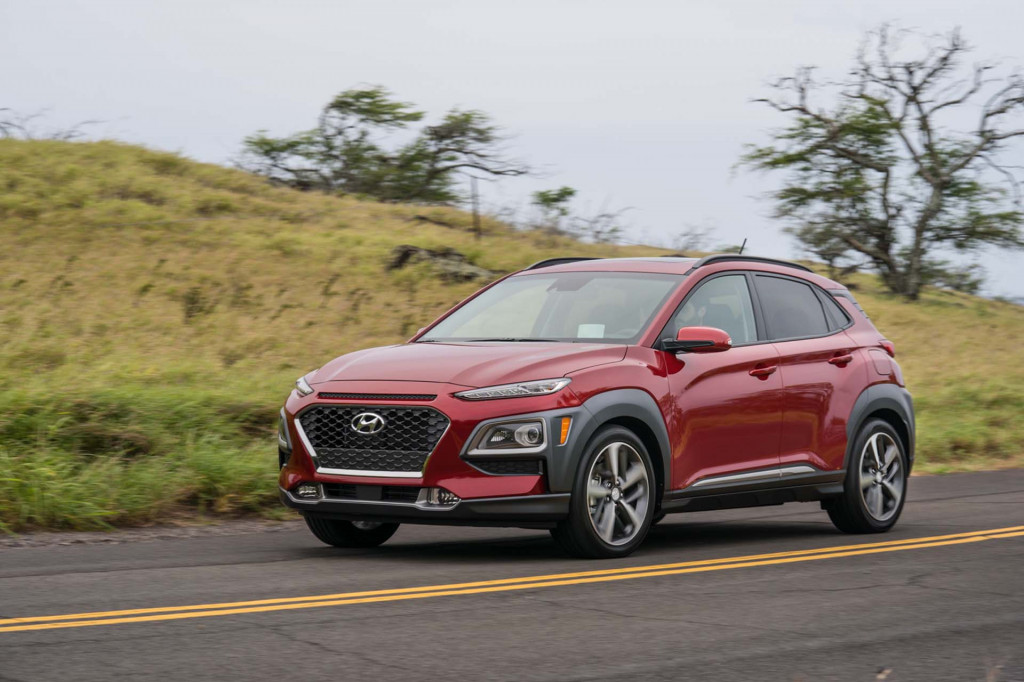 Versions of the 2018 Hyundai Kona built after May earned the top award from independent testers, the IIHS announced Friday.

The small crossover earned top "Good" scores on all crash tests, including the new passenger-side small overlap test, and its headlights on Limited and Ultimate trims were rated "Good." Both were good enough for the IIHS' Top Safety Pick+ award, although the designation doesn't apply to all Konas.

Base SE and SEL models don't receive the LED projector headlights that top trims receive, their halogen projectors were rated "Poor." Base SE and Limited versions of the Kona can't be equipped with crash-avoidance technology that the IIHS rated "Superior" in avoiding front collisions up to 25 mph. SEL versions can be equipped with the life-saving tech for $1,500 extra, and Ultimate trim levels get the features as standard.

The IIHS noted that versions of the Kona built before May were equipped with headlights that all rated "Poor" by the insurance industry-funded group.