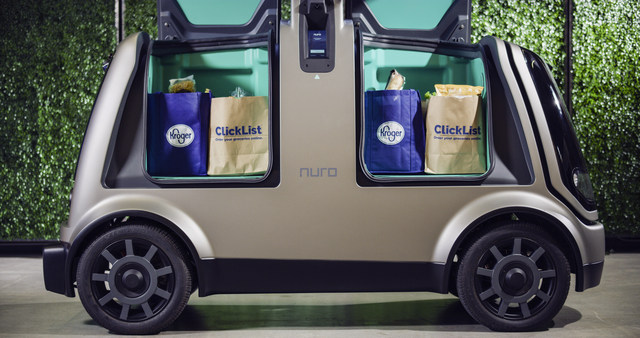 With Waymo, Uber, and more testing all over the state, Arizona is a hotbed (pun intended) of self-driving car activity, and Kroger supermarkets said Thursday that it would be starting self-driving grocery delivery with partner Nuro at a single store in the Phoenix suburb of Scottsdale, Arizona, according to Reuters.

The announcement comes shortly after retail giant Walmart announced a partnership with Waymo to deliver groceries to customers from select Supercenter locations via the Google-owned company’s fleet of vehicles just last month.

Both companies are attempting to cut the cost of “last-mile” deliveries to shoppers by taking the driver out of the equation.

“Kroger wants to bring more customers the convenience of affordable grocery delivery,” said Kroger Chief Digital Officer Yael Cosset. She went on to add that the test will also help to get a pulse on demand for the service among shoppers.

The first phase of the program will use Toyota Prius hybrids with the Nuro autonomous technology, featuring human occupants that can monitor the system and take over if necessary. The company’s driverless R1 delivery van, which contains no seats, will begin testing in the fall if all goes according to plan.

Nuro is a smaller player in the autonomous vehicle scene, and sees the program as beneficial to its greater efforts. “While we complete final certification and testing of the R1, the Prius will be delivering groceries and helping us improve the overall service,” a Nuro spokeswoman said to Reuters.

The service will only be available from Fry’s Food Store owned by Kroger in Scottsdale and will cost $5.95 per order with no minimum order amount necessary. To start, it’s only available to those who reside in the zip code 85257. Testing begins this week.