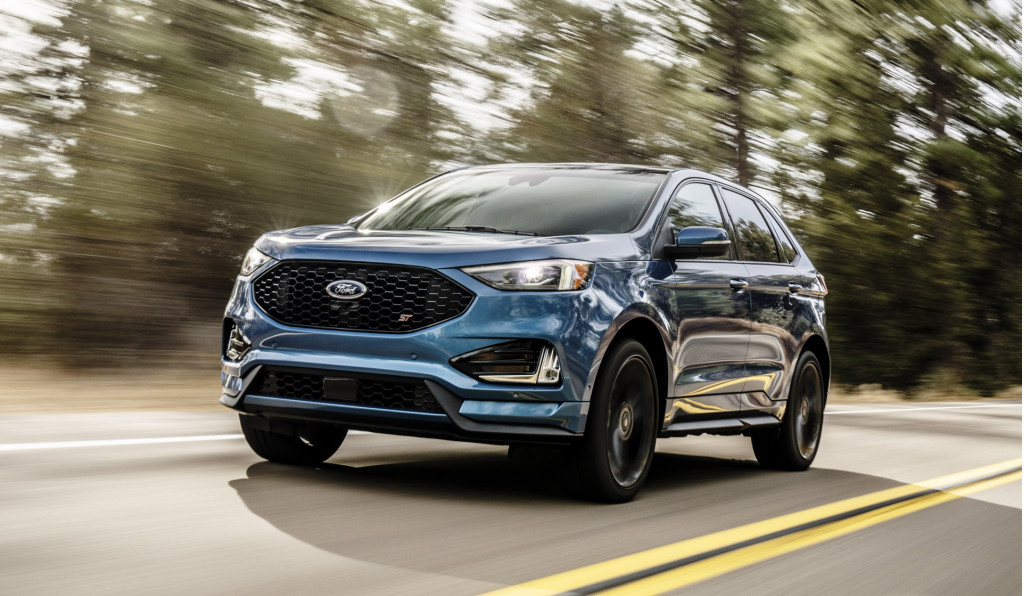 Ford is going all-out on its commitment to crossover SUVs and trucks instead of sedans, and it is doing it with a little bit of speed. When it goes on sale later this year at a starting price of $43,350, the 2019 Ford Edge ST will be the first high-rider to wear the sporty ST badge.

MORE: Honda, Ford lead list of 10 most affordable vehicles to insure for 2018

According to a report last week from Cars Direct, the Edge ST rings in at a total of $43,350 including a mandatory destination charge, marking a $1,585 increase over the model it replaces, the 2018 Edge Sport. With a new trapezoidal grille and front fascia, not to mention a bump of 20 horsepower and 30 pound-feet of torque to 335 hp and 380 pound-feet, the Edge will be one of the fastest SUVs in its class. The Edge ST also gets unique seats, a sport-tuned suspension, 20-inch wheels, dual exhaust, and standard all-wheel drive, as well as the ST-specific Ford Performance Blue paint hue.

The options list includes ST performance brakes, which adds bigger vented rotors and 21-inch wheels. Kitted out, the Edge ST should reach over $52,000, which still makes it almost $10,000 cheaper than the more powerful (but only slightly) and luxurious Audi SQ5 and Mercedes-Benz AMG GLC43.

Earlier this year Ford announced that it would be cancelling off all car models it currently sells in the U.S. except for the Mustang, to the dismay of many despite consistently declining sales in the face of the SUV and truck onslaught. With the Fiesta, Focus, Fusion, and Taurus almost extinct, Ford is banking on wooing customers with outright speed and some go-fast goodies on its SUV lineup, and the Edge ST looks ready for the challenge.