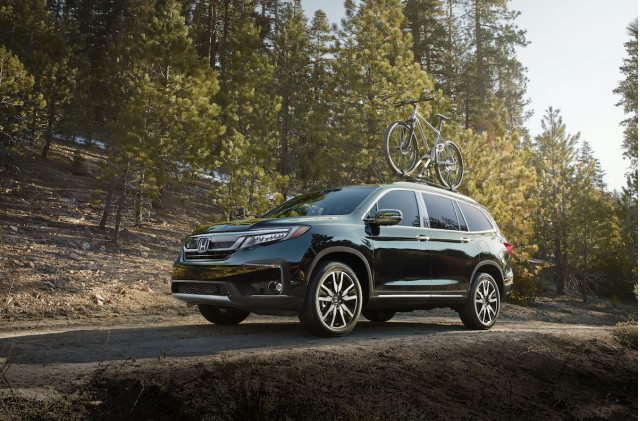 The refreshed 2019 Honda Pilot and HR-V crossover SUVs were revealed Thursday with more standard active safety features, an updated infotainment system, and smoother powertrains. The Pilot and HR-V will go on sale July 16 and July 24, respectively. 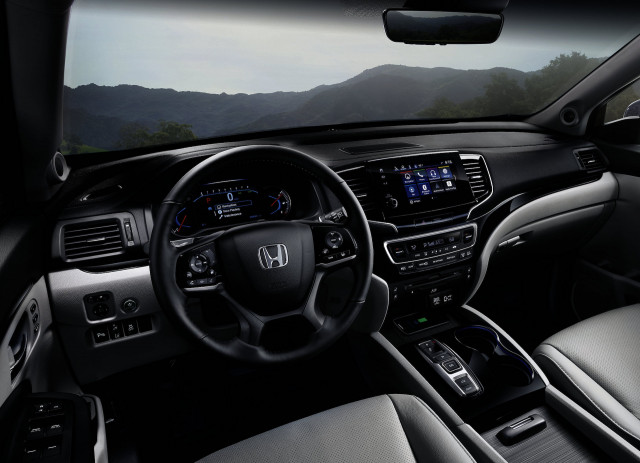 Inside, a new gauge cluster borrowed from the Civic greets drivers, and the infotainment system in the Pilot now has a physical volume knob. When the current Pilot launched back in 2016, there were touch-sensitive buttons to change the volume rather than a knob, prompting some complaints.

While the 3.5-liter V-6 powering the Pilot hasn't changed, Honda said the 9-speed automatic found in Touring and Elite trims is now more refined. (In our drives, we found the 9-speed's shifts to be a little chunky between the first three gears.)

New tech on the Pilot ranges from convenience such as an available hands-free power liftgate, to entertainment such as a 4G LTE wi-fi hotspot and a larger rear entertainment system with Blu-ray player. The Odyssey minivan's CabinTalk in-car PA system has ported over to the 2019 Pilot, and the touchscreen infotainment system features Apple CarPlay, Android Auto, and over-the-air updates. 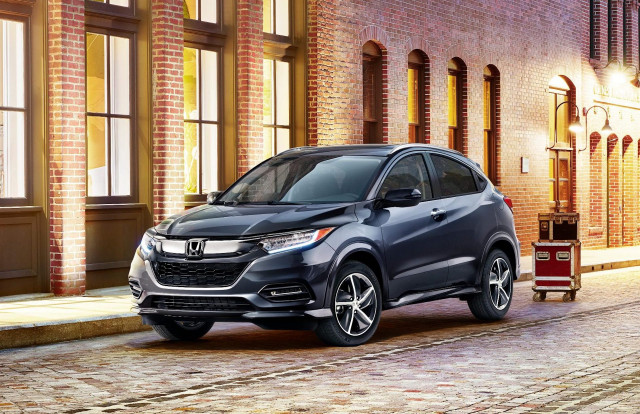 At the opposite end of Honda's crossover SUV lineup, the smallest offering in the lineup, the HR-V, received similar updates as the Pilot.

Inside, the HR-V also receives a physical volume knob for the infotainment system along with Apple CarPlay and Android Auto. 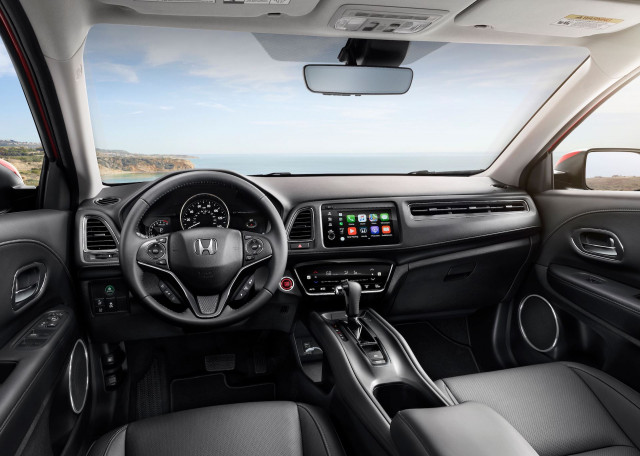 The inline-4 under its hood hasn't changed, but Honda said the HR-V's automatic transmission has been smoothed over. Extra sound deadening has been added to quiet down the cabin, and a variable-ratio electric power steering setup has been added to the equipment list.

Like the larger Pilot, Honda's Sensing safety suite is standard equipment, but only on EX and higher trims. Base HR-Vs miss out on the active safety tech for now.

Honda said full details regarding the 2019 Pilot and HR-V will come when each goes on sale at dealerships in July.