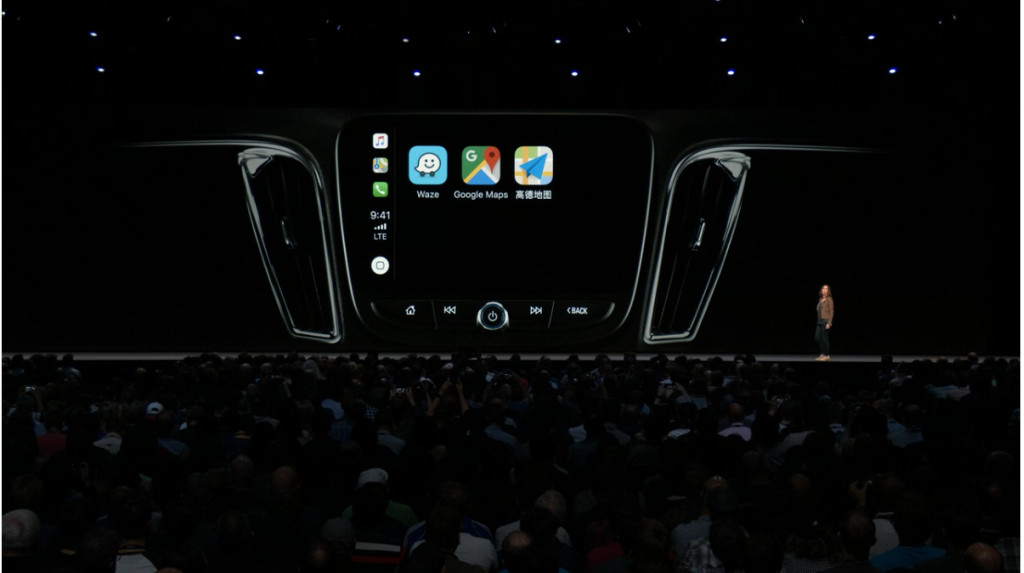 Apple said Monday that the latest version of its operating system will allow for third-party navigation apps such as Google Maps and Waze to display through its updated CarPlay system.

The announcement came as part of Apple's iOS 12 operating system debut at its annual Worldwide Developer Conference in California. At the conference, Apple showed a screen that displayed icons for Google Maps, Waze, and Chinese-market navigation app Autonavi.

Apple said at the conference that it will release iOS 12 as a free upgrade to iPhone and iPad users this fall. It's not clear if third-party navigation apps will be available immediately or if there will be any hardware restrictions. Apple also didn't say if the third-party navigation apps will work with wireless connections, such as those used by several aftermarket manufacturers and available on certain BMWs.

Apple did confirm that iOS 12 will work on any phone that's iOS 12 compatible—iPhone 5S and newer.