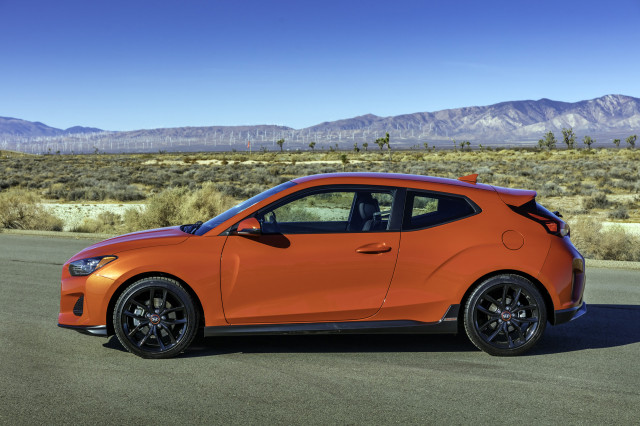 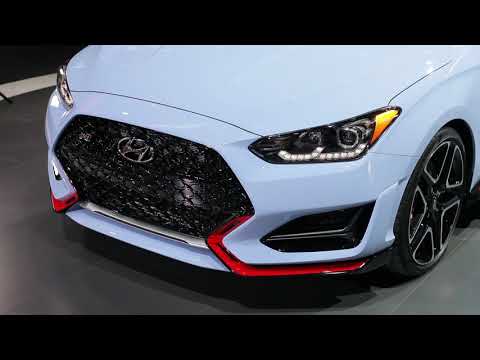 Austin, Texas, may have weaponized food trucks in our culture wars, and turned weirdness into a commodity, but it can’t take away one thing.

It can’t take away the 2019 Hyundai Veloster Turbo’s asymmetrical doors. We know, because we just spent a day driving the Veloster in a big loop that lassoed the Texas capital but failed to rein in its bustling, booming de-Austinification well underway.

Since it was new a half-dozen years ago, the Veloster has made its one-left, two-right-door arrangement a calling card. It’s turned a quirk into an asset, and in its second-generation Veloster, Hyundai’s stayed true to the original.

It’s made the Veloster better, even. It had to, given the fluent road manners of today’s Honda Civic Si and VW Golf GTI, cars that the Veloster Turbo can rightfully post up on, thanks to a tauter and more refined body.

Bodybuilding has paid big benefits to the Veloster Turbo. There’s more beef on its bones–a stiffer structure, not more fat. It’s still slim-hipped and on the small size of compact, but with more welds, more glue, and not much more weight; Hyundai’s upconverted the hatchback into a more capable creature.

That starts with a carryover engine and a smarter dual-transmission. The 1.6-liter turbo-4 puts out 201 horsepower like it did in the first Veloster Turbo, but here it hooks up with a 7-speed dual-clutch, up one cog but with ratios that span a similar range. R-Spec Turbos can have a 6-speed manual and a B&M shifter with beautiful gear-to-gear snicks, but most of you will be better off with the dual-clutch, though it can stumble through low-speed shifts like every other DCT.

The extra bonding in the Veloster’s buff body pays its greatest dividends in handling, but the new multi-link rear suspension has a big part in that, too. Versus the old twist-beam rear, the new Veloster Turbo ripped by scenic stretches around Lake Travis with real zeal, riding firmly but not stiffly, scuffing its 18-inch all-season tires slightly on one test car, soundlessly gripping its way through tight esses on another Veloster Turbo shod with Michelin Pilot Sport 4 summer treads. Quick steering isn’t quite as precise as the new multi-link suspension’s ride motions, though it’s close.

Still to come: a more compelling Veloster N with 275 hp, a limited-slip differential and Pirelli P-Zero tires, a car that will tackle the top Civic Type R and VW Golf GTI head-on. 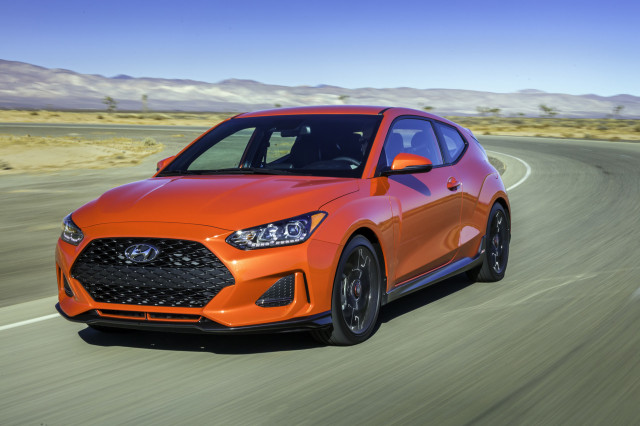 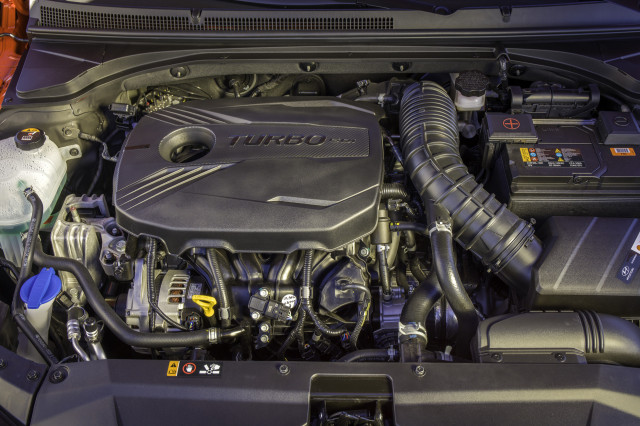 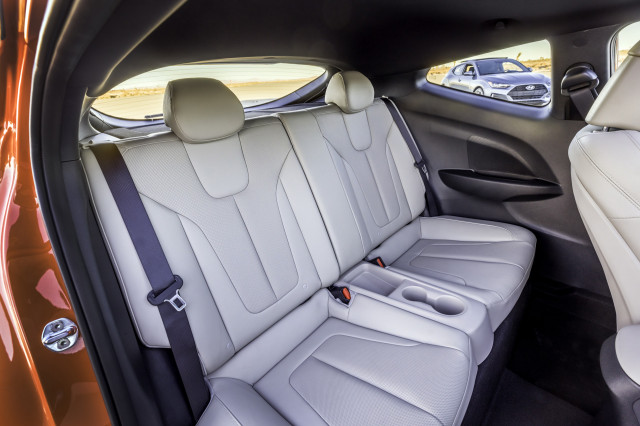 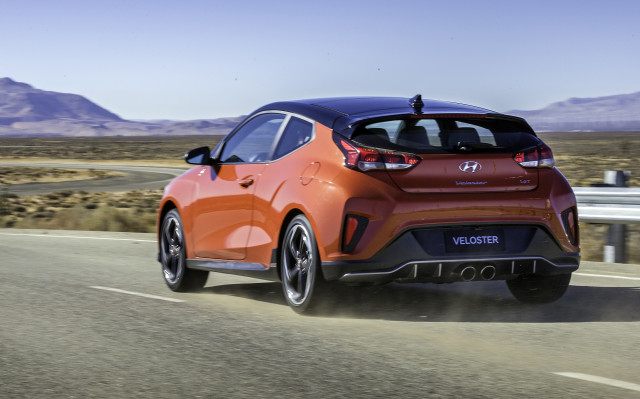 All cattle, some hat

Quirks are great when they make things better. With the Veloster, Hyundai has said it’s easier on occasional passengers than a traditional two-door sporty coupe.

The Veloster’s doors still punch an interesting hole in the air, too. The wrinkles of the first-generation car are gone: Hyundai’s done a masterful job of smoothing out the exuberant cars it drew in the early part of the decade in these later editions. The side scoops at the wheels and black roof of the Ultimate model tiptoe right on the too-much line. But the Kona-like cabin has its appeal all sorted out, even down to the contrast-gray plastic trim that separates the passenger side from the black-plastic trim that surrounds the driver.

MORE: All about the Hyundai Veloster

The doors give some people easier entry, but the 2019 Veloster still isn’t voluminous. It’s fine, though, and for as often as any 6-foot-tall adult gets stuck in the rear seat, they’ll find enough space by splaying their knees and slouching slightly. The cargo hold’s grown by a whole roll-aboard bag in storage capacity, and a deep console well ahead of the shifter keeps smartphones safe and charged, on an available Qi wireless mat.

All Velosters, even the $20,000 one, now come with automatic emergency braking, Bluetooth, and Apple CarPlay and Android Auto. Top Turbo Ultimate cars are priced from about $27,000, and get navigation, leather, and a head-up display.

“Great,” you say, “but I need more details.” Perfect–our full 2019 Hyundai Veloster review has them. Stay tuned for a Veloster N update as soon as they’re out of the gate.

Hyundai flew us to Austin to drive the Veloster, and let us have a lot of coffee in the hotel lobby. Maybe too much.