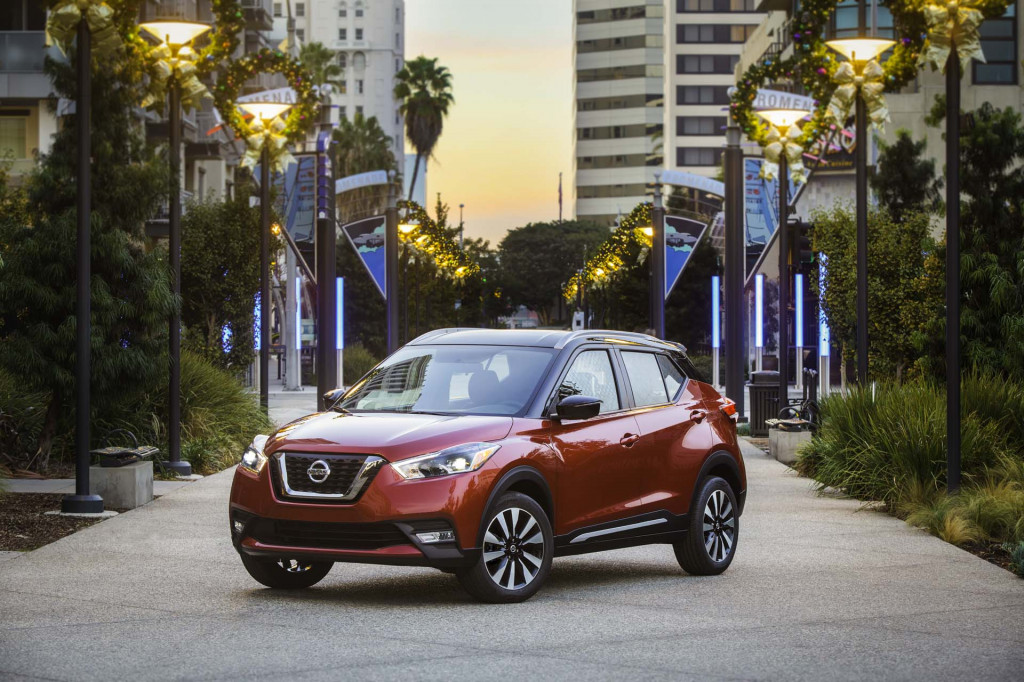 When it goes on sale later this spring, the 2018 Nissan Kicks S will cost $18,965, including destination, the automaker announced Tuesday. That's at least $1,000 less than small crossover competitors from Ford, Chevrolet, and Toyota.

The Kicks is aimed at the heart of a growing inexpensive crossover market flooded with new entries from Ford, Toyota, Chevrolet, Hyundai, and others. Unlike most of its competitors, the Nissan Kicks won't offer all-wheel drive—at least initially.

Base Kicks S models are equipped with 16-inch wheels, a 7.0-inch touchscreen for infotainment, cloth upholstery, and a 125-horsepower inline-4 mated to a continuously variable automatic transmission (CVT) that powers the front wheels only. The combo of the Kicks' small shadow and a modestly powered engine should return 33 mpg on the highway, according to Nissan. Don't expect the small crossover to be fast, according to us.

Active safety picks up when the speed stops, thankfully. All versions of the Kicks will get automatic emergency braking and a rearview camera.

MUST SEE: Crossover to the small side: 2018 Nissan Kicks SUV video preview

Nissan hasn't yet detailed the entire feature set for each trim level, although the automaker said the 2018 Nissan Kicks SV will cost $20,665, including destination, and the Kicks SR will start at $21,265.

If the Kicks follows the rest of the Nissan lineup, there won't be many extra-cost add-ons available from the factory. Several dealer add-ons likely will be available, such as splash guards or fog lights.