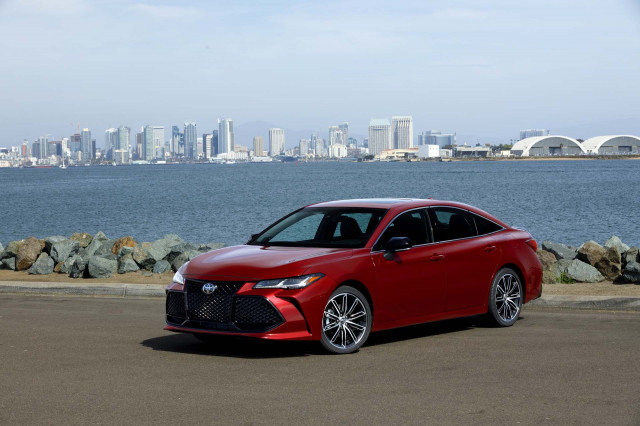 First, the Toyota Avalon came for old luxury buyers with old-school ideas. It had stretch-out space, comfortable ride, and it was quiet like the No. 17 tee box at Sawgrass.

Then it came for the rest of us. Lagging racier competitors, including the Nissan Maxima, the Avalon looks to shed a stodgy image for a younger, spicier audience. The 2019 Toyota Avalon sedan still has country-club manners, but wants to shake things up a bit.

Behind the wheel, the new Avalon is decidedly sportier. Its power bump from last year is noticeable. So is its steering; it’s weightier, with a controlled heft and direct feel that seems almost lifted from the Toyota 86.

MORE: Read our full review of the 2019 Toyota Avalon

The new Avalon’s looks are meaner, even if it’s still polite. The shape comes from a roof that’s an inch lower, and from wider rear fenders that cast a net for buyers looking for more than automotive Ambien.

Toyota said the new-look Avalon made some executives uncomfortable and we can see why, it has some of the most lines drawn by Toyota especially toward its rear fenders. 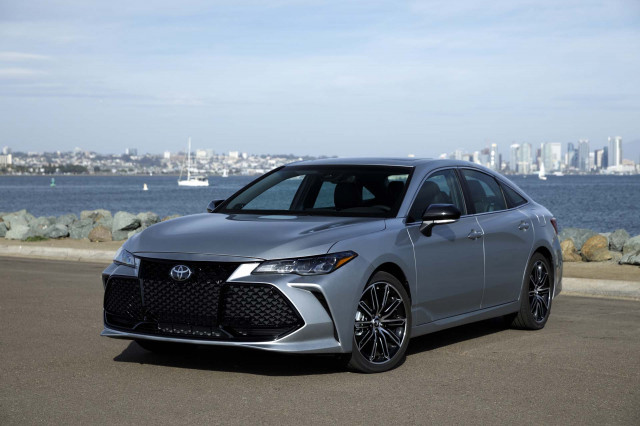 Up front, the grille is bigger and more open. Sportier trims such as XSE and Touring get a blacked-out maw that looks tough, but it’s a little ungainly compared to the rest of its body. Along the sides, the Avalon gets creased metal that not only makes the car look busier, but also better. Standard rear LED taillights have a clean finish like grapefruit sorbet.

Inside, the Avalon makes good with a comfortable, spacious—but not daring—cabin. There are a couple bold color choices on the menu, but synthetic leather, leather, and suede abound. There are upscale appointments like Yamaha wood trim and quilted leather, real Lexus-type stuff.

The story is the same for the what’s under the hood too. A V-6 or hybrid powertrain is available, but the Avalon gets adaptive dampers and a sportier exhaust in racier trim levels that the related Lexus ES doesn’t offer.

The base engine is a 3.5 liter V-6 that makes 301 horsepower paired with a competent 8-speed automatic. It’s confident, but not as quiet as it could be: Toyota pipes In some engine noises in XSE and Touring trim levels. 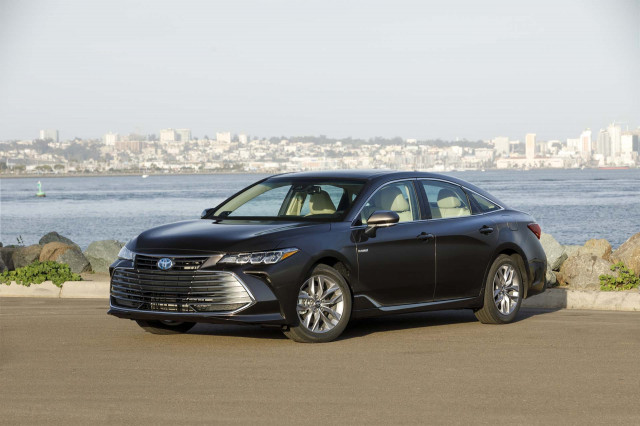 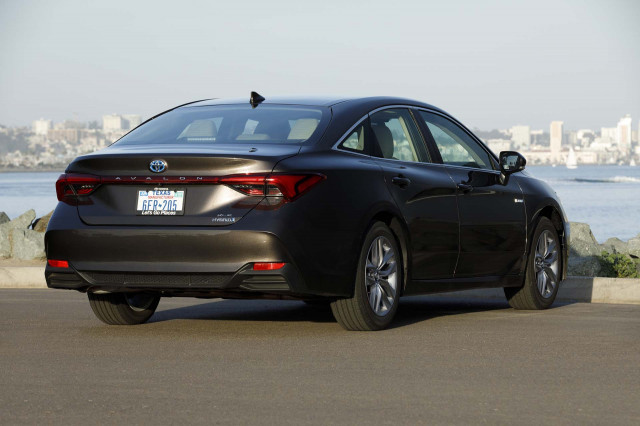 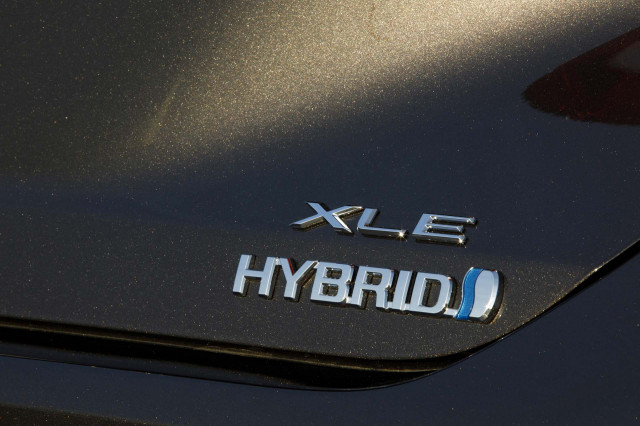 A hybrid returns for the Avalon, and it’s $1,000 more on most trim levels. It’s how the Avalon gets more than 40 mpg combined, which is impressive for a big sedan. The hybrid version also moves the battery pack from the trunk to below the rear seats, where it’s out of the way. There’s no all-wheel drive available on the Avalon, unlike some of its rivals.

But the Avalon does equip as standard advanced safety gear such as automatic emergency braking, active lane control, and adaptive cruise control that other rivals skip or charge a lot more for.

That means that the best values for shoppers who aren’t concerned with sportier drives are at the base XLE trim level, which still includes the safety gear, 9.0-inch touchscreen, and premium audio developed with JBL.

Sportier XSE and Touring trims cost more, and have adaptive dampers, but may be too firm for full-size buyers. 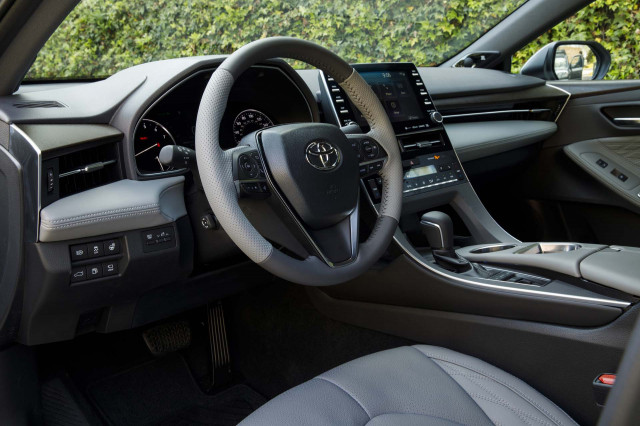 It’s genuinely engaging to drive, with a meaty steering feel and firm ride. In sportier versions the Avalon comes close to point and shoot, instead of point and snooze, which is refreshing

The Avalon charges face first toward sportier rivals from Nissan and Chrysler and makes a compelling argument. Ultimately, it’s the sedan’s smooth ride and generous space that buyers will care most about, and the Avalon still keeps that. And room for golf bags, of course.

Available in XLE, XSE, Limited and Touring trims, the Avalon is steered toward luxury buyers, but without the luxury price tag. Base versions start just north of $36,000 and touch the mid-$40,000s, which should look good to full-size luxury buyers—even if the styling doesn’t look so good.