Be prepared to adjust your family’s summer vacation budget. Prices at the fuel pump are expected to be 14 percent higher than last summer and the U.S. government predicts a national average of $2.74 per gallon.

New license plate technology being put to the test in Dubai could benefit drivers but not be too helpful to car thieves. Among their myriad high-tech features, the plates can flash the word “stolen” in lieu of a registration number to quickly notify authorities.

6 things to know about the 2019 Volkswagen Jetta

As buyers put their money on crossover SUVs rather than sedans in the game of new-car roulette, the 2019 VW Jetta hopes to be more than just a dapper, quiet observer on the sidelines.

Tesla has popularized remote monitoring and updating of cars with its “over the air” system, but it wasn't the first automaker to do so.

A test mule for the next-generation Volkswagen Golf, the nameplate's eighth iteration, has been spotted.

We've seen a handful of concepts to help alleviate the stress of parking in congested areas, but Volkswagen has taken things a step further. The automaker announced Friday that it will begin trials for an automated parking system at Hamburg Airport in Germany. 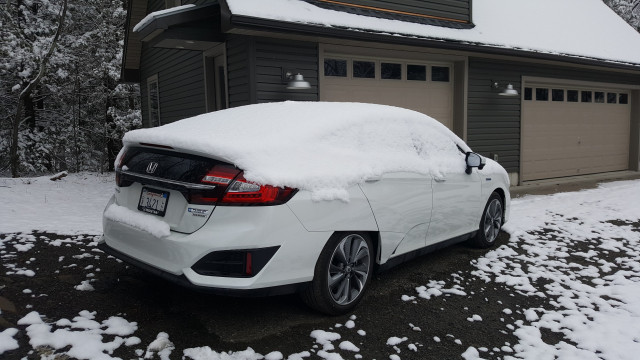 For several years, the Chevrolet Volt was the sole plug-in hybrid with electric range notably above 20 miles—though it became clear Chevy never figured out how to market its virtues to the public at large.

Electric cars have the great advantage that their batteries can be recharged anywhere there's electricity.

As promised, the Trump administration has embarked on regulatory rollbacks across many fronts, some immediate and others taking longer.