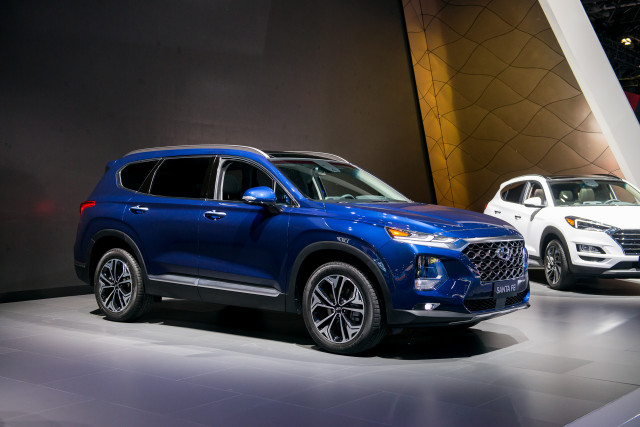 The 2019 Hyundai Santa Fe has a new face. The automaker showed off its redesigned mid-size crossover Thursday ahead of its formal debut at next month's Geneva Motor Show, and when it arrives in U.S. dealers later this year, it won't look like anything else in the automaker's showrooms.

The images and details that Hyundai released pertain to the European-market Santa Fe, which will be offered in standard and extended-wheelbase variants like the current model. At least for Europe, the shorter Santa Fe drops the "Sport" nomenclature that's applied to the 2018 model, while the longer version will be marketed as the Santa Fe XL. Hyundai will likely show off the American-market 2019 Santa Fe at the New York auto show in late March.

Up front, the 2019 Santa Fe has narrow, tight headlights that peek above a chunky chrome line separating the crossover's sloping hood from its gaping honeycomb grille. Big driving lights are set back in even larger wells carved out of the front bumper. From the side, things are more conventional, although the side mirrors have moved from the roof pillar to the doors, which should improve the driver's view out. The Santa Fe's tail features LED headlights that wrap around the fenders like the much larger Infiniti QX80. 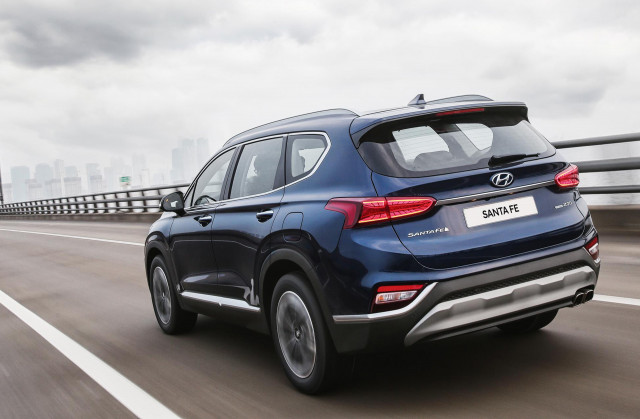 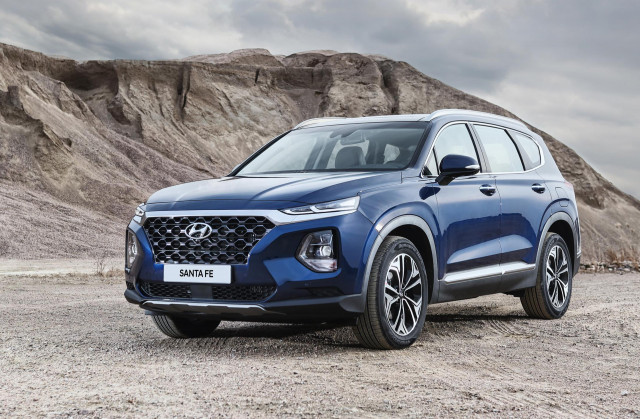 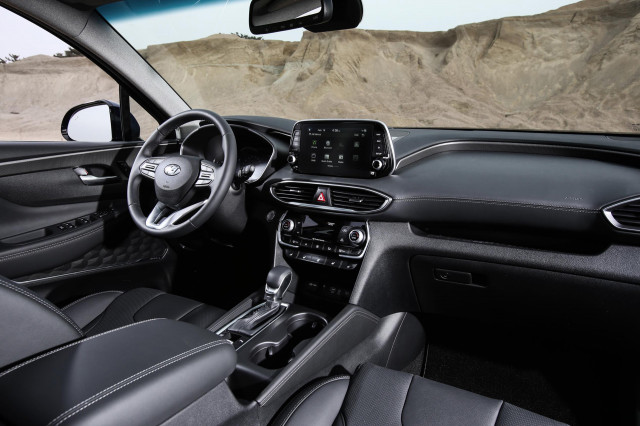 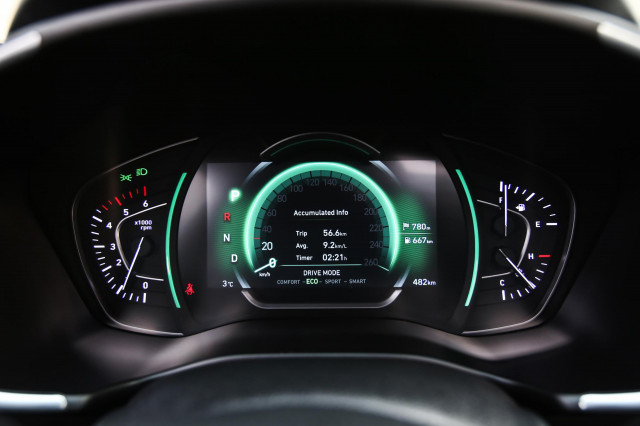 Inside, Hyundai's new crossover is more car-like than before, with a low dashboard and a 7.0-inch touchscreen for infotainment that juts above like a tablet on a stand. Certain versions will be fitted with a digital screen flanked by conventional analog gauges in the instrument cluster.

European buyers will have a choice between a 185-horsepower 2.4-liter inline-4, a 232-hp 2.0-liter turbo-4, or a 200-hp turbodiesel engine, all three of which very well could eventually make their way stateside. Hyundai's sibling, Kia, has indicated that it plans to offer a turbodiesel in its Sorento crossover.

Look for more details about the U.S. version of the Santa Fe in late March.