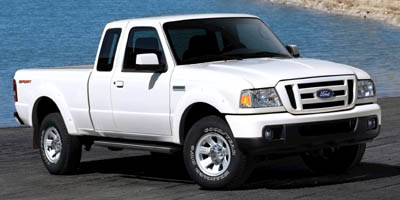 Drivers of more than 35,000 2006 model year Ford Ranger and Mazda B-Series compact pickup trucks should park their vehicles until their faulty Takata airbags can be replaced, officials said Monday.

Owners of nearly 33,500 2006 Ford Ranger pickups and about 2,000 2006 Mazda B-Series small pickup trucks will be contacted by the two automakers after Ford, which built both trucks, discovered that they were equipped with defective Takata-supplied airbags that could rupture and explode even if the vehicles are not crashed.

Owners will be contacted by the automakers, who will dispatch tow trucks to haul the vehicles into dealers for airbag replacements. Owners will be provided with loaner vehicles while their trucks' airbags are being replaced.

The roughly three dozen small pickups are extreme cases in the more than 69 million Takata airbags in the U.S. and 100 million that have been recalled so far across the globe. Ford was notified in December of an airbag that killed a 56-year-old man in West Virginia. The automaker says it traced the date of production for that airbag to determine what other Rangers and B-Series pickups may have been fitted with similarly faulty airbags.