You won't have to pay much more for less with the 2018 Lexus RX 450hL. The luxury automaker announced Thursday at the Chicago auto show that the first three-row version of its hybrid will be priced from $51,615 when it goes on sale in April.

That works out to $1,550 more than the all-wheel drive version of the RX 300L, which is likely to be less fuel-efficient than the hybrid. The 450hL variant features a 3.5-liter V-6 engine mated to a two-motor hybrid-electric powertrain rated at 308 horsepower. By comparison, the RX 300L uses a version of the same V-6 without the added electrification that's rated at 290 hp. 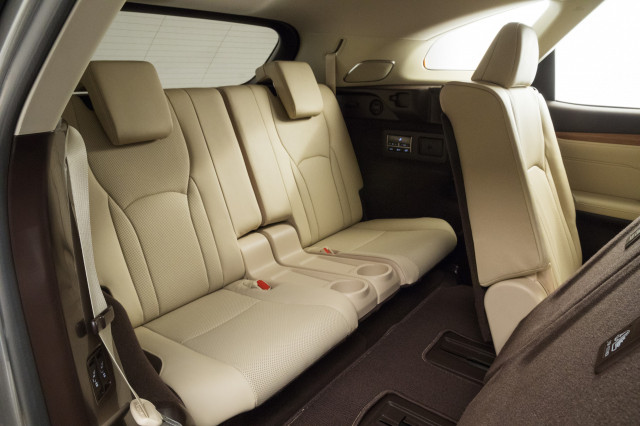 Lexus has yet to announce fuel-economy figures for the hybrid version of its long-wheelbase RX crossover. The RX 300L with all-wheel drive is rated by the EPA at 18 mpg city, 25 highway, 21 combined, which works out to 1 mpg lower all around than the standard RX 300. By comparison, the standard RX 450h is rated at 31/28/30 mpg.

Other than what's under the hood, the RX 450hL's standard equipment largely mirrors that of the RX 300L. Both crossovers can be optioned up with a package that includes softer leather upholstery, 20-inch alloy wheels, and glossy wood interior trim for about $4,000.