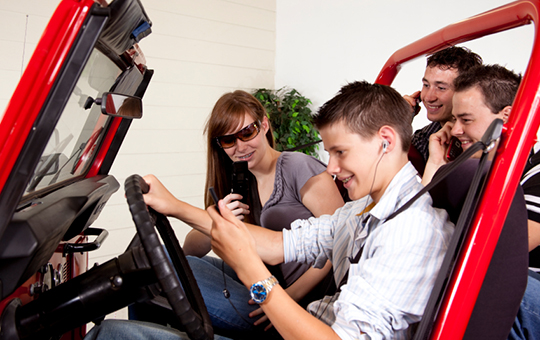 CityLab surveyed various polls by the AAA Foundation for Traffic Safety as well as Michigan government data, and found that not only is the number of teenagers getting their license by before the age of 18 declining, it’s doing so disproportionately among those without the financial resources to pay for the cost of private driver’s education courses.

Specifically, CityLab cites a drop in government funding for driver’s education as a potential cause of the emerging gap. In the state of Michigan, for example, funding dropped significantly in 2004. Across the board, the percentage of teenagers obtaining their license before their 18th birthday has fallen by five percent since that time. In the city of Kalamazoo, however, where nearly one-third of all families live below the federal poverty line (compared to 21 percent statewide), that number dropped by 13 percent. Meanwhile, in Oakland, Michigan, teens are getting their driver’s licenses at a 10 percent higher rate than the rest of the state.

Part of the problem, CityLab argues, is the cost of driver’s education can top $300. The state’s myriad private driver’s education facilities aren’t required to offer financial assistance or scholarships, making it difficult for a family that can barely put food on the table to scrape together the cash for a course.