The 11 most important cars of the 2018 Detroit auto show 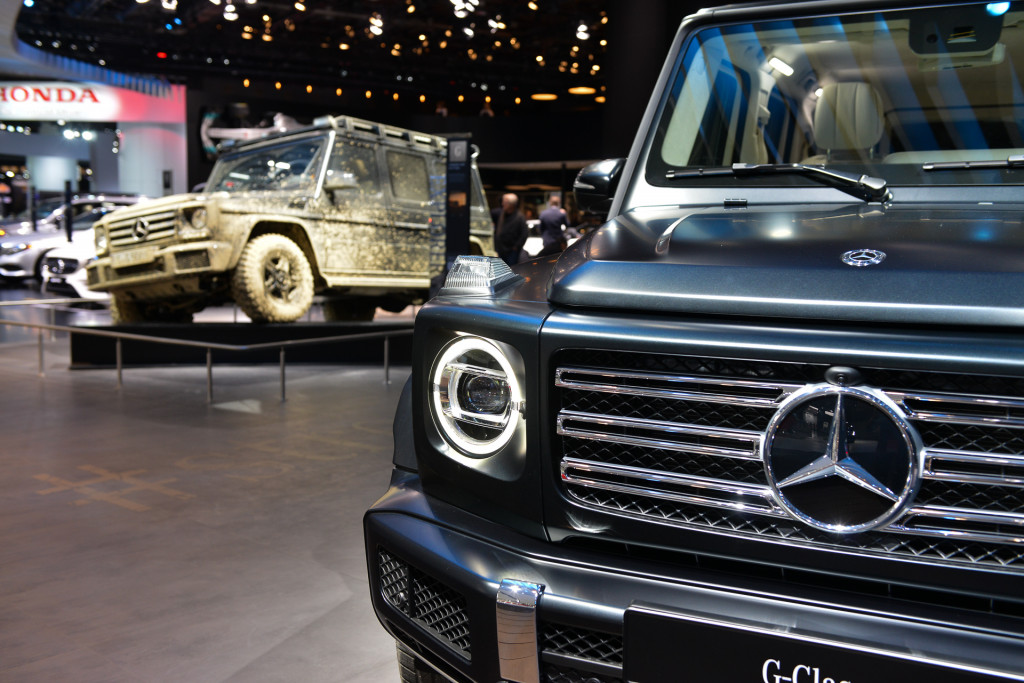 This year, the Motor City was all about pickups. Each of the three domestic automakers took the wraps off of a new truck, promising more capability, more comfort, and lower fuel consumption.

If we didn't know better, we'd think that Ford, Chevy, and Ram were sharing the same playbook.

The differences are in the details, though: Ram's new pickup is smoother, suaver, and better thought out. Chevy's sticks with a tried-and-true recipe, but adds a new diesel engine option. And Ford is getting back into the mid-size pickup game with its revived Ranger.

Compact sedans and luxury crossovers hardly got short shrift, either. VW took the wraps off of a new, more sophisticated Jetta sedan, and Kia upped the Forte's game. Both BMW and Acura had new, high-riding, luxo-lined utility vehicles.

What was notably absent was much talk about advanced propulsion. A Toyota Avalon Hybrid promised more than 40 mpg plus, and a reborn Honda Insight channeled the old Civic Hybrid, but they were the sole cars waving the flag for eco-friendly motoring. Hey, gas is still cheap-ish.

Still, pickups and compact cars weren't the only show-stoppers in Detroit this year. Here's a look at the biggest debuts at the 2018 North American International Auto Show in Detroit. 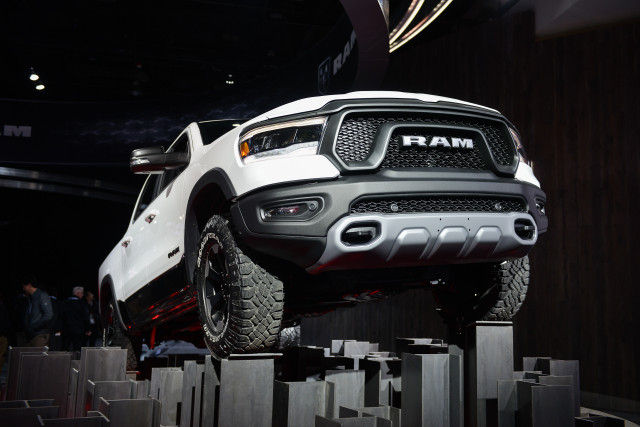 Yes, it's lost the familiar cross-hair grille design. No, the 2019 Ram 1500 hasn't given up any of its traditional swagger. The redesigned Ram is full of thoughtful amenities inside, including an enormous, Tesla-like infotainment screen and a center console with more configurations than a personal computer.

It's not short on utility, either. Its frame is stiffer and lighter and its engines can be paired to a 48-volt mild-hybrid system that Ram says will add torque while cutting fuel consumption. 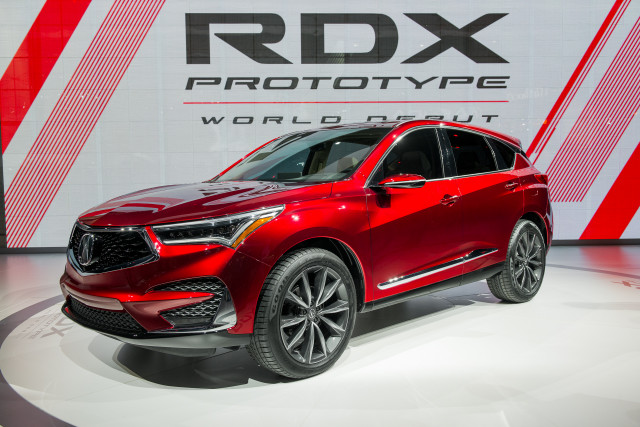 There's nothing futuristic about the Acura RDX that Honda's luxury arm showed off in prototype form in Detroit. This five-seat compact luxury crossover aims right at the heart of the market—and it looks like it'll be right on target.

Look for a turbo-4 engine instead of V-6 power, plus adaptive dampers that should give it a sportier feel than more pedestrian competitors like the Lexus RX. 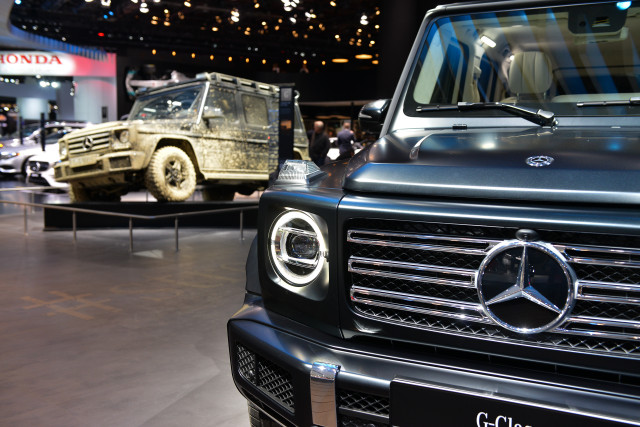 How do you redesign an icon? You don't, at least not in terms of its styling. The new G-Wagen that Mercedes debuted in Detroit (with an assist from Arnold Schwarzenegger) looks just like the last one. Which means it's still pretty much the same thing today it was in 1979.

Except that it's totally different, at least underneath and inside.

It's a bit wider and a lot longer for more interior space, its dashboard is thoroughly modern, and it discards with the solid front axle that gave the old one such ponderous handling in favor of an independent setup that Mercedes says is still tops off-road.

We can't wait to get one dirty. 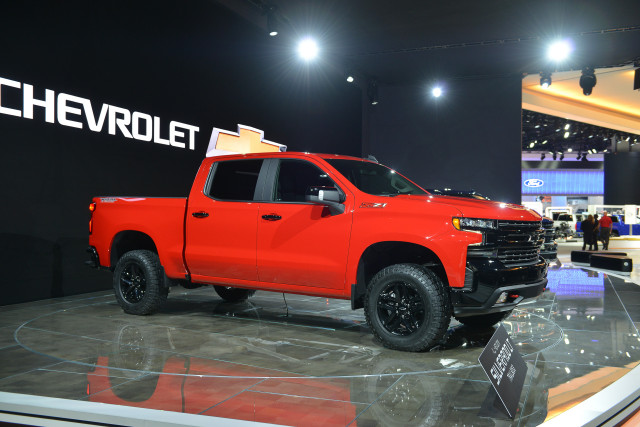 The 2019 Chevrolet Silverado's bold new looks mark a major departure from its conservative predecessor. Inside, things are more traditional and oriented toward family use, though with a more refined feel and some clever hidden storage spots.

Though Chevy is remaining tight-lipped about engine details, the automaker says a new 3.0-liter straight-6 turbodiesel is on the way. The mainstream gas V-8s now offer dynamic cylinder shutoff promised to balance fuel consumption and performance. 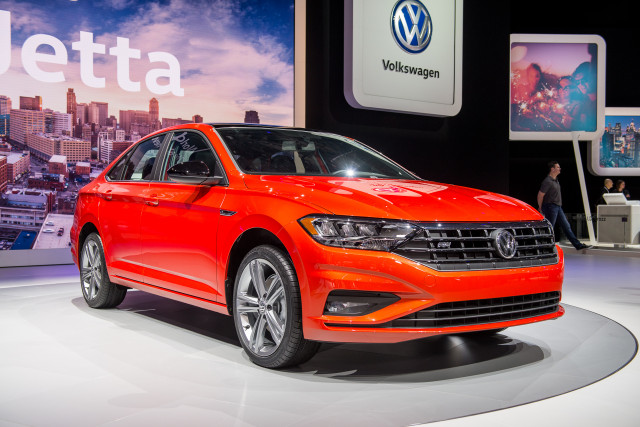 For the 2019, Volkswagen switches its compact four-door Jetta over to the far more sophisticated architecture that underpins its Golf hatchback.

Based on our initial drives in prototypes, the change goes a long way back toward making the Jetta ride and handle more like the mini-luxury sedan it once was.

The styling is evolutionary both inside and out—no surprises there—but it gains a few upscale features that aren't typically found in compact sedans, including cooled seats and an optional LCD instrument cluster. 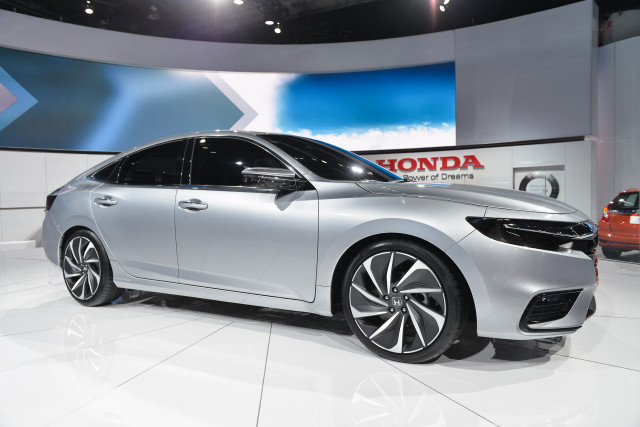 Look beyond the Insight Concept's tinted windows and dressy wheels and you'll see a vehicle that's headed to showrooms soon.

This is the third time Honda has tried for success with its Insight nameplate and this one might be the charm. This go-round, Honda is targeting a 50-mpg combined fuel economy rating or better for the model due in dealers during the second half of this year.

The latest Insight is far more conventional looking than its predecessors and it might give Honda's own Civic a run for its money in showrooms. In fact, if you squint, you'll notice that's it mostly Civic with more adult styling and a new powertrain. 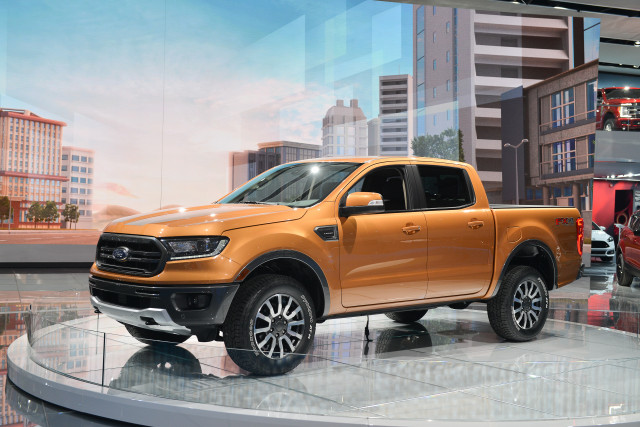 Ford's re-entry into the mid-size pickup market has been a long time coming after the model disappeared from the market in 2012.

The 2019 Ranger is based on a truck of the same name sold globally, but here it'll offer turbo-4 power and a high level of active-safety gear.

Look for the Ranger to hit dealers by the end of 2018. 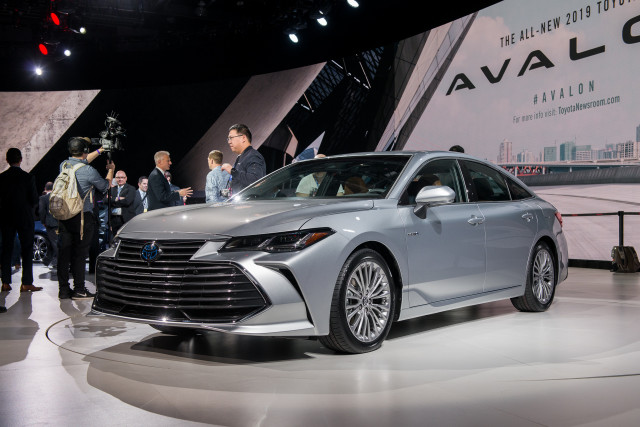 Toyota's flagship finally feels like a range-topping sedan once again. It splits the difference between mainstream and luxury with details like Yamaha-sourced wood trim (that's the pianomaker, not the builder of sport bikes), quilted soft leather, and a 1,200-watt audio system on the options list.

The Avalon is once again available in V-6 and hybrid forms, the latter of which should top 40 mpg combined on the EPA's test.

And the Avalon brings with it big, long-awaited news that'll filter across the Toyota lineup in due time: it's Apple CarPlay compatible. 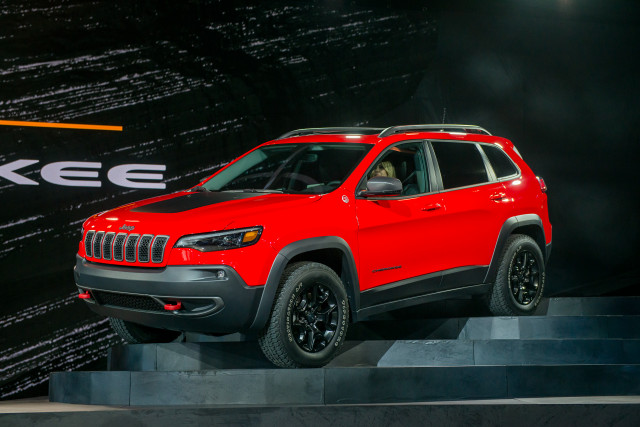 Gone are the outgoing Jeep Cherokee's awkward headlights. In their place are conventional units that give this five-seat off-roady crossover utility vehicle an appearance more in line with its Grand Cherokee big brother.

There's more than meets the eye with the 2019 Cherokee, though. Under its hood sits a new 2.0-liter turbo-4 option that offers almost 300 pound-feet of torque and should provide better acceleration than the carryover V-6. 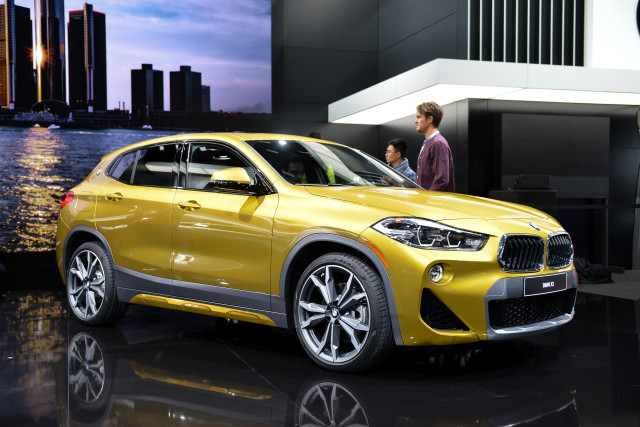 BMW might have a performance past, but it knows that the bulk of new car buyers want a little utility, a high seating position, and an upmarket feel at a reasonable price.

Enter the 2019 X2, which serves as a more style-oriented sibling to the automaker's X1 crossover. If the bold colors BMW showed in Detroit are any indication, this one won't be for introverts. 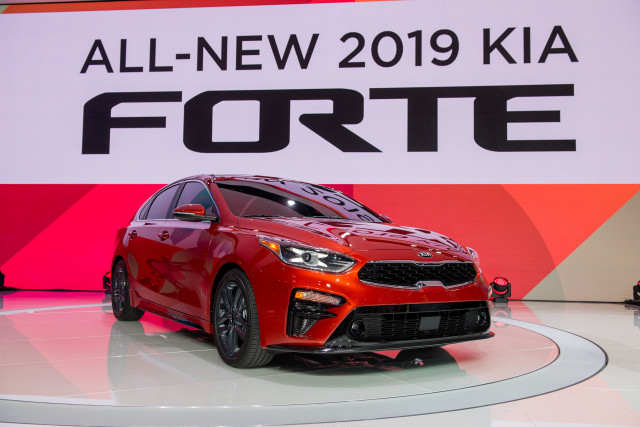 On the heels of its successful subcompact Rio redesign, Kia took the wraps off of its latest compact Forte in Detroit. The sporty looks are inspired by the larger Kia Stinger, but the Forte is more in line with the needs of daily commuters rather than drivers who spend time carving corners.

To that end, Kia will offer its first continuously variable transmission as an option. The company says that efficiency-oriented gearbox should help the Forte achieve 35 mpg combined on the EPA's test.