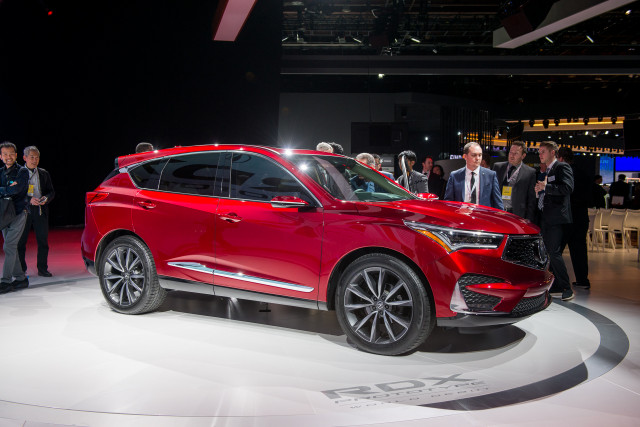 Everything is turning up SUVs and turbos nowadays, and that's just fine with Acura. Honda's luxury brand has been successful with its compact RDX crossover, and judging by the  RDX Prototype it unveiled Monday at the 2018 Detroit auto show, it plans to continue down that road.

What's bound to be the 2019 Acura RDX is an American product designed and developed here for the first time. Acura's U.S. research and development team in Ohio led the development process, while the automaker's Los Angeles design studio came up with the look.

The RDX Prototype is a thinly veiled version of the production 2019 RDX. It's bigger than the outgoing model and it fully embraces the design direction first shown on the Acura Precision Concept that made its debut at this show two years ago. Inside, it's the first Acura to incorporate the design and technology from the Acura Precision Cockpit that was shown at the 2016 Los Angeles auto show. 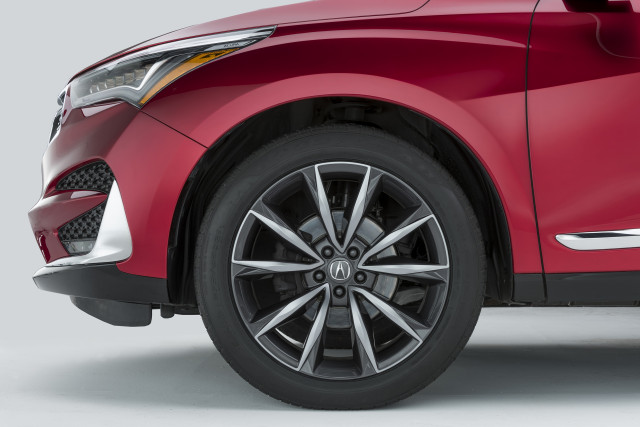 Not all the stats are in, but the RDX Prototype uses its own Acura-exclusive platform and its wheelbase is 2.5 inches longer with a track that is 1.2 inches wider. Acura also says it is considerably stiffer, which should improve handling. Acura's Super-Handling All-Wheel Drive returns, this time with a rear differential that can handle 40 percent more torque. It will be offered on the 2019 model, as will front-wheel drive. New adaptive dampers used on the prototype will be available on the production model. It also has an NSX-inspired Integrated Dynamics System with Sport, Sport+, Comfort, and Snow modes.

Under the hood is a new turbocharged 2.0-liter 4-cylinder engine instead of the venerable 3.5-liter V-6. Power figures aren't available yet, but Acura says it has 40 percent more low-end torque. That power is sent through Acura's new 10-speed automatic transmission. Between the two, fuel economy is sure to improve.

Inside, the RDX Prototype takes a step up, with higher quality materials and more technology. First, the tech. Acura calls its new control system the True Touchpad Interface. In consists of a 10.2-inch touchscreen mounted high and a touchpad mounted lower on the center console that is mapped to the coordinates of the touchscreen. Touch an area of the touchpad and you will control the corresponding area of the touchscreen. This Android-based system comes with next-generation voice-recognition technology. 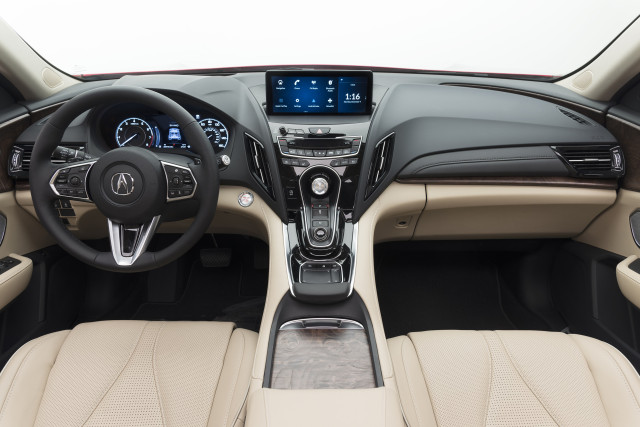 The RDX Prototype also marks the debut of a new version of the brand's ELS surround sound system with four ultra-thin roof speakers to add another dimension to the listening experience.

Acura says every 2019 RDX will feature its AcuraWatch suite of safety and connectivity features. The safety equipment includes a 360-degree camera, front and rear parking sensors, blind-spot monitors, rear cross-traffic alerts, and hill-start assist. For connectivity, you get AcuraLink with a 4G LTE link that enables a wi-fi hotspot.

The 2019 Acura RDX is set to launch later this year, with a sporty looking A-Spec variant as part of the lineup. In fact, all core Acura models will get A-Spec variants moving forward.