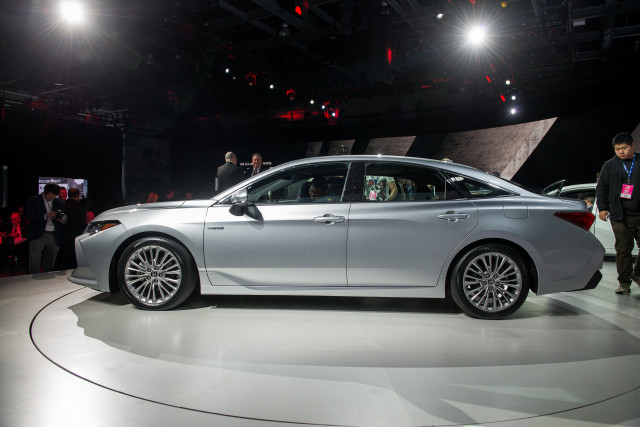 If you're going to have a flagship, it had better be your best and brightest. Enter the 2019 Toyota Avalon, which further blurs the line between mainstream and luxury.

The 2019 Avalon is available with either V-6 or a hybrid engine options and it's still a large four-door sedan, albeit a much more stylish one than ever before. It's a hair longer and a few hair lower to the ground than the outgoing model. It shares its platform and much of its styling language with Toyota's more mainstream Camry, but the Avalon differentiates itself with a far more luxurious, tech-oriented interior.

Inside, you'll find options like wood trim sourced from Yamaha—that's the piano builder, not the sportbike manufacturer—and soft leather seats with a modern stitching pattern that wouldn't be out of place in something more avant garde like a Lexus.

The Avalon also serves as Toyota's debut platform for Apple CarPlay via a 9.0-inch touchscreen for infotainment. That connectivity upgrade has been a long time coming and it finally puts Toyota in line with nearly all of its competitors. Additional tech features include Amazon Alexa compatibility and a standard wireless charging pad. There's even the option of a 1,200-watt JBL audio system.

Buyers will have a choice between a 3.5-liter V-6  and a 2.5-liter inline-4 hybrid powertrain, the latter of which is still the only full-size sedan with gasoline-electric motivation. It's too early for fuel economy figures, but Toyota promises an improvement on the outgoing model's already impressive 40 mpg combined EPA rating.

Look for the 2019 Avalon to arrive in dealers this spring.