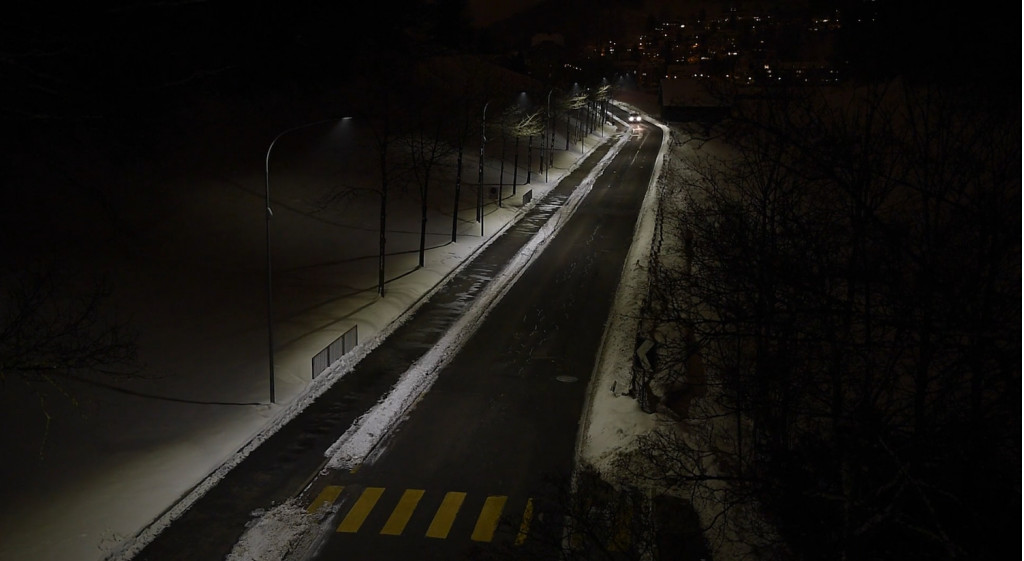 Street lights have evolved greatly over the years, from the days of fuel-powered lanterns, to sodium-filled bulbs, to lights with sensors that only turn themselves on at dusk. Now comes the next frontier: traffic-sensing, auto-dimming lights.

A Norwegian company called Comlight developed a new system, called Eagle Eye, that saves energy by using what’s called an adaptive control system, or dimming the lights when no traffic is present. The system uses LED lighting, which is low-energy to begin with, but notably doesn’t require extra power at startup as with other street light options. Where it varies from other LED street light systems is that each pole also features a radar unit designed to detect both traffic and pedestrians.

If it doesn’t sense any approaching objects, it dims its light output to conserve electricity, but as a person or vehicle approaches it lights the path ahead—but only so far as to be useful to the vehicle.

The effect is almost akin to a spotlight following along and lighting the way, as is clearly shown in a video of the system in action.

LED street lights received negative publicity in 2016, when the American Medical Association decried the effect of blue light on the natural circadian rhythm. The United States Department of Energy took issue with the AMA’s stance, however, and released a rebuttal praising LED lighting for precisely the kind of customizability of which the new Norwegian solution takes advantage.

In its statement, the DoE said that, “their dimmability means LED street lighting systems can now provide only the level of illumination needed at any given time — which is nearly impossible for conventional street lighting products.”

As for the new Eagle Eye system, it has been successfully installed in a 5.5-mile stretch of road in Norway, and Comlight just released a new version of the system, called Eagle Eye 2.0, that can satisfy a much broader range of lighting needs.