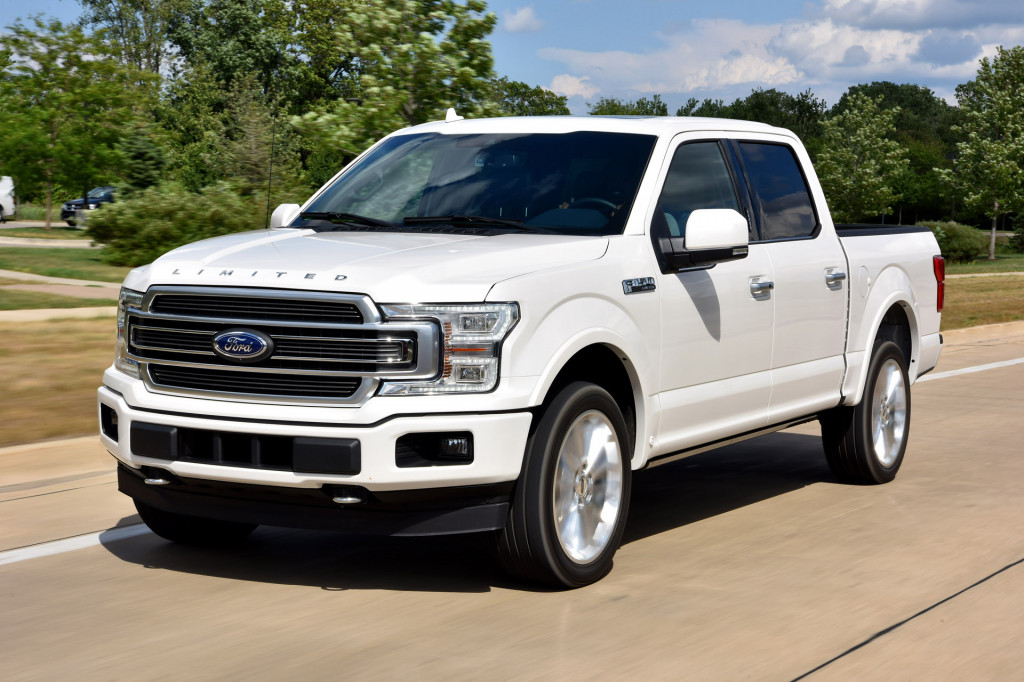 It's official, America. This is the land of crossovers and SUVs. The best-selling vehicles in America are now pickups and crossovers, not sedans—a marked departure from last year when four-doors took home two of the top five positions.

In 2017, Americans flip-flopped in favor of crossovers and SUVs. The top sellers were once again the Ford F-Series, Chevrolet Silverado, and Ram Truck, which are available in myriad configurations and are popular with commercial users. This year, the Toyota RAV4 slipped into fourth place and the Nissan Rogue and Rogue Sport—which the Japanese automaker bundles together when reporting sales—took home fifth.

A redesigned Toyota Camry took sixth place followed by a trio of Hondas—CR-V, Civic, and Accord—and finally the Toyota Corolla rounded out the top 10.

Read along for our analysis of the 10 best-sellers of last year. 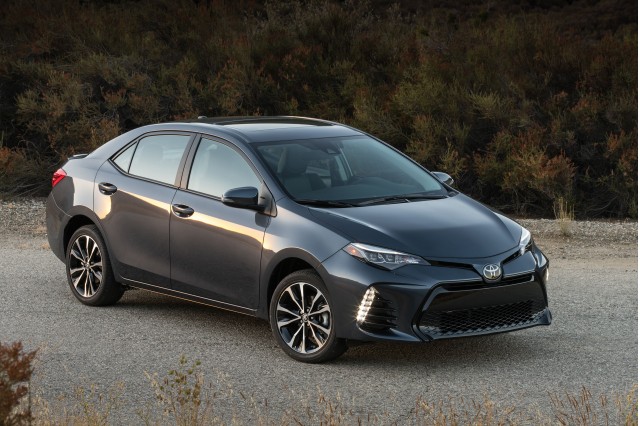 It may be the antithesis of excitement, but the Toyota Corolla has an exceptionally loyal base of buyers who return every few years to buy another. It's easy to see why since the Corolla retains its value well and has an exceptional reliability record.

However, sales were off more than 14 percent last year versus the year prior, a clear indicator that consumers are shopping around for other options. 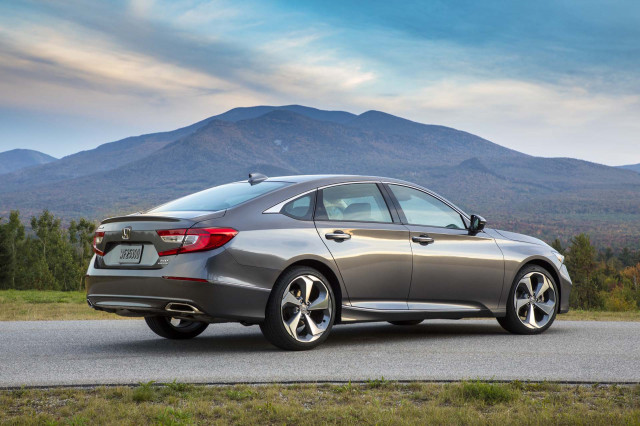 A redesigned 2018 Honda Accord arrived last fall, marking calendar year 2017 as a transition period for Honda's mid-size sedan. That helps explain the fact that sales were off about 7 percent compared to 2016. We're smitten with the new Accord (after all, we named it our Best Car to Buy 2018), so we're eager to see if consumers agree.

While some automakers take time to phase out old models as new ones begin to arrive, Honda typically unveils a a new model and has it in showrooms within a couple of months. 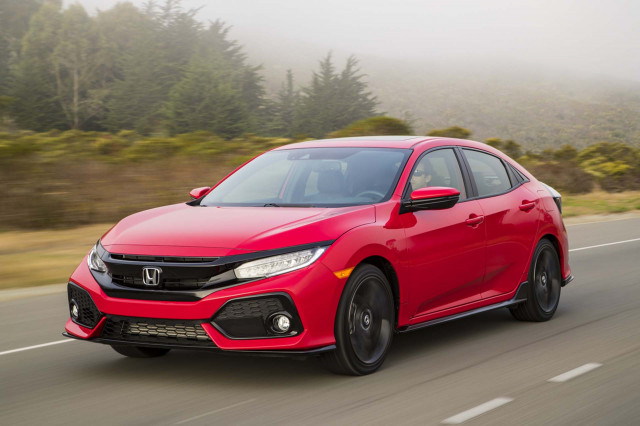 Honda expanded its Civic lineup for the 2016 model year to include a pair of souped-up performance models and a versatile hatchback. Accordingly, Civic sales were up 3 percent on a year-over-year basis.

The Civic is in many ways the bellwether for compact cars. Unlike its rivals, it's not sold directly to rental and corporate fleets, meaning its sales are almost entirely driven by retail consumers. 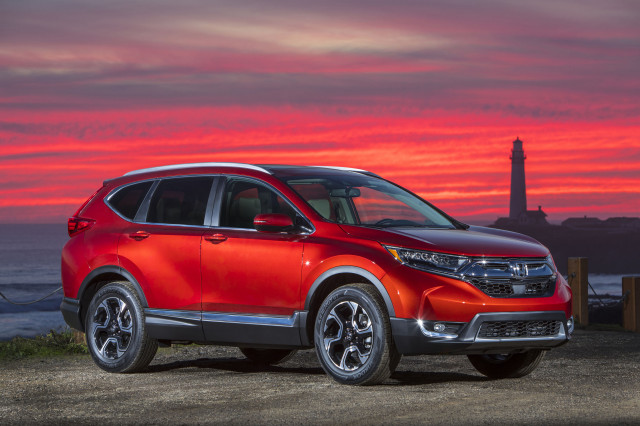 The Honda CR-V presents an interesting foil to the brand's Accord. Their price of entry is about the same, even if the CR-V's footprint is a little smaller and the Accord's lineup stretches higher into more powerful and luxurious trim levels.

While the sedan's sales slid 7 percent last year, the CR-V crossover was up by about the same amount. About 20,000 more people took home CR-Vs in 2017 than they did the year prior—that's roughly the number of buyers the Accord lineup lost year-over-year. 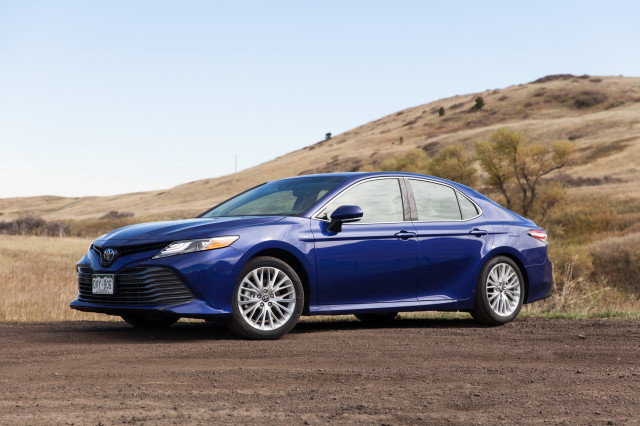 For the first time since 2002, the Toyota Camry is no longer the best-selling passenger car in America (a figure that doesn't include light trucks like pickups). Time will tell whether that's because of a general shift toward crossovers or because the Camry was redesigned during the 2017 calendar year.

Camry sales slid less than 1 percent, so it's safe to say that buyers' appetites for the eponymous mid-size sedan haven't waned. They're just buying crossovers, too. 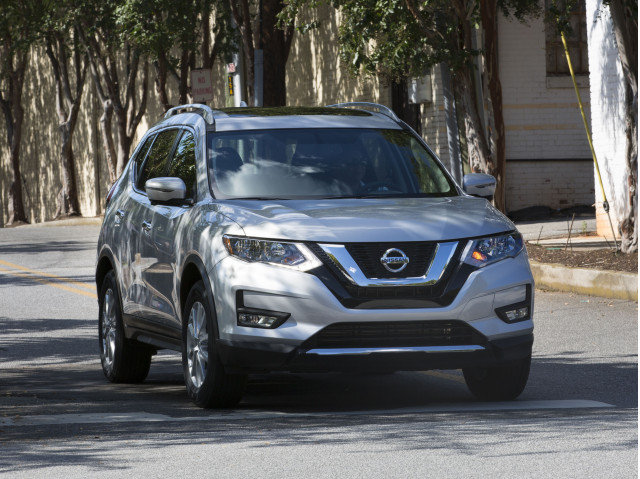 Here's where we say goodbye to sedans and coupes and hello to crossovers. The Nissan Rogue lineup was up 22 percent last year, but that distinction comes with one big asterisk.

In 2016, Nissan applied the Rogue label to a single crossover. In 2017, the automaker added a smaller, less powerful (and cheaper) crossover: the Rogue Sport. The Sport is no sportier and it's not all that closely related to the regular Rogue, but Nissan groups the two together when it reports sales ostensibly in an effort to be at the top of the sales charts. It's working. 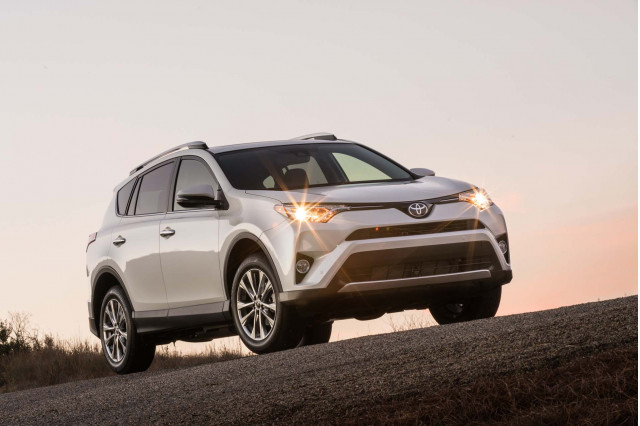 The best-selling passenger car in America is now the Toyota RAV4. Sure, the RAV4's basic design dates back to the 2013 model year (albeit with a substantial rework for 2016), but it remains sized, packaged, and priced right for American consumers.

The RAV4's unseating of its Camry showroom-mate has been a long time coming, and it's based on America's changing tastes instead of on how good the two vehicles are. 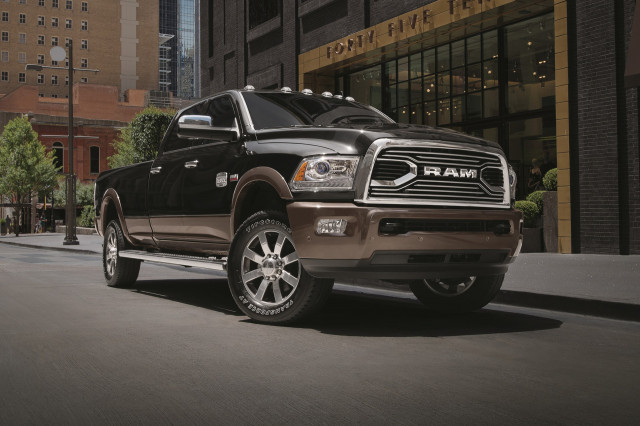 Cheap gas last year worked in favor of pickup trucks once again. Like its Detroit rivals, Ram groups myriad body styles, configurations, and chassis together under one umbrella and reports all of those sales together.

On its own, Ram's pickup outsold parent company FCA's Dodge, Fiat, and Alfa Romeo brands combined. With a redesigned Ram 1500 just around the corner, it's unlikely this truck will finish any lower than third place this time next year. 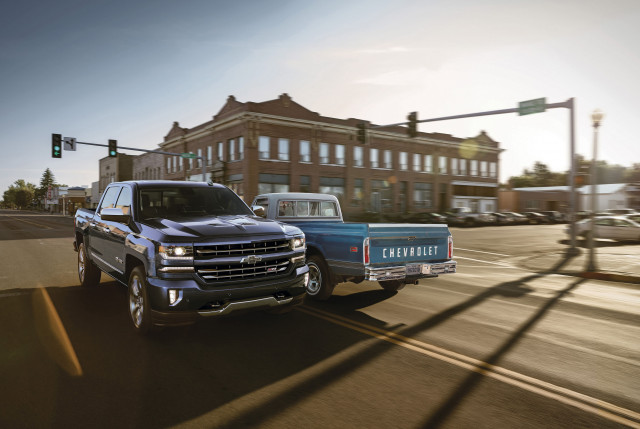 America's second-favorite pickup is the Chevy Silverado, which saw sales rise a modest 2 percent last year. Like its Ram rival, an all-new Silverado 1500 will debut soon for the 2019 model year.

And if you want to get technical, the Silverado's GMC Sierra twin—they're the same vehicle under the skin—found 217,943 buyers last year as well, though that still wouldn't be enough for first place. 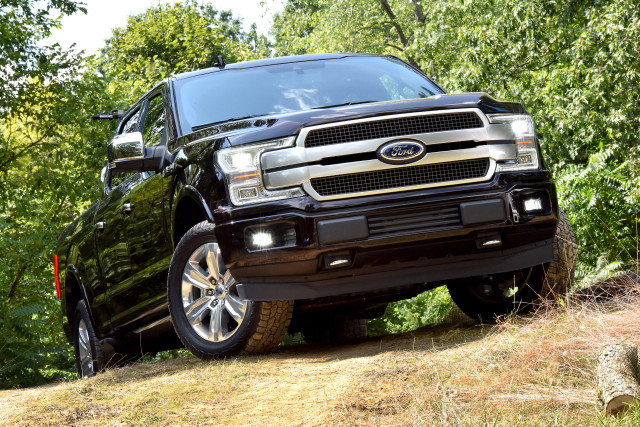 More than one in every three new vehicles to leave a Ford dealer's lot last year was an F-Series pickup. Available in everything from basic work truck to suburban luxo-hauler to earth-mover, the F-Series range continues its four-decade streak in first place.

Every year the competition gets stiffer, but the F-Series always pulls out a big win. We hate to spoil the surprise for next year, but odds are always in the F-Series' favor.