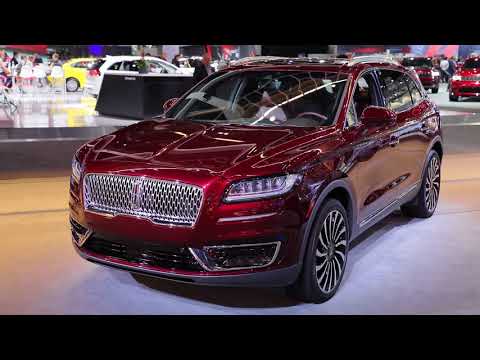 The 2019 Lincoln Nautilus name may be new for luxury crossover shoppers, but the two-row SUV should be somewhat familiar.

This week at the 2017 Los Angeles Auto Show, Ford's luxury arm unveiled the 2019 Lincoln Nautilus, an updated version of the Lincoln MKX with a new name. The Nautilus adds a new name, a new face, and a new engine to the marquee, but also signals a mid-stream shift for the luxury brand.

MORE: Read our preview of the 2019 Lincoln Nautilus

Lincoln didn't say how much the Nautilus will cost when it goes on sale next summer.

With the Nautilus, Lincoln has a crossover set for the heart of the luxury market. The two-row crossover adopts many of the styling cues from the current Lincoln flagships—the Continental and Navigator—including the mesh grille and headlights. Along the sides and the rear, the Nautilus looks like more of the same, which isn't bad according to us: we liked the MKX from the rear.

The profile hasn't changed, and speaks to the still-close relationship the Nautilus has with the MKX. So does the interior, which is largely a carryover from the outgoing MKX. The materials inside are slightly upgraded, including the dash, doors, and seats, but the center stack—and its black plastic—still remain.

Lincoln has subbed in its 22-way seats with myriad adjustability and massage. An uprated 19-speaker audio system is available, and a 12.3-inch instrument cluster is new. Lincoln's infotainment system, Sync 3, carries over with Android Auto and Apple CarPlay compatibility.

The Nautilus has plenty of tech working in its favor, starting with cushy 22-way front seats that offer a huge range of adjustability and a fatigue-reducing massage function. An available 19-speaker Revel audio system and a 12.3-inch digital instrument cluster take care of the ears and the eyes. The standard Sync 3 infotainment system boasts Apple CarPlay and Android Auto compatibility.

Under the hood, the Nautilus ditched its old base powertrain in favor of a 2.0-liter turbo-4 that makes 245 horsepower and 280 pound-feet of torque. The optional engine is a 2.7-liter V-6 that makes 335 hp and 380 lb-ft. Both engines are mated to an 8-speed automatic. Front-wheel drive is standard on base versions and all-wheel drive is available with the base engine, but standard with the larger V-6.

For more coverage from the L.A. Auto Show, check out our dedicated hub.